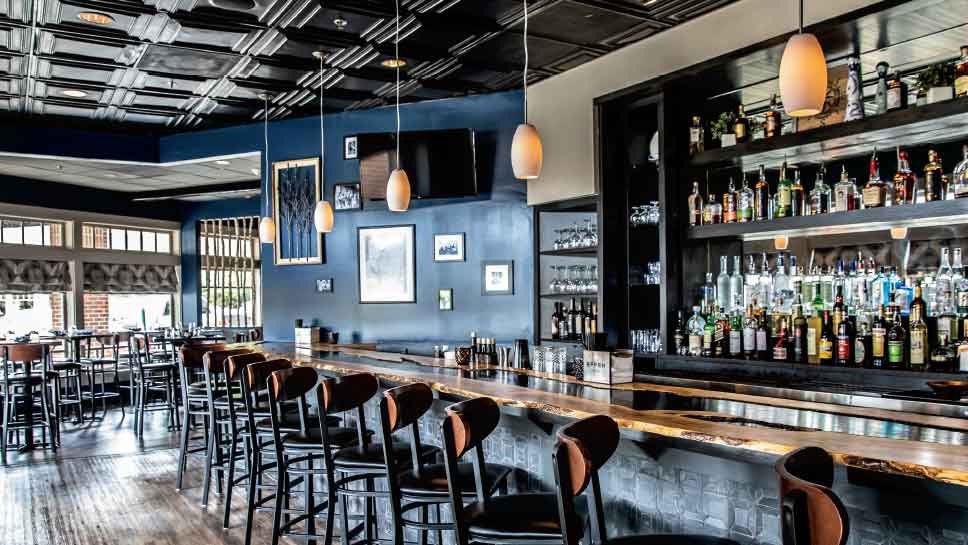 As the campfire burned and the lake glistened, the idea of Barrington’s most exciting new restaurant was born.

“It was my wife and I and a bottle of wine,” recalls founding owner of Barrington’s Region Kitchen + Bar Dave Perlick of that fateful night in May in which the Illinois native made the decision to open his own restaurant. “I’ve been trying to open a restaurant for 6 or 7 years but God just kept closing the doors. It just was never the right time or the right place.”

That is, until now.

Having opened in August, Region features Midwestern comfort food with a bit of an edge. Offering a wide range of seafood and steaks, dressings and flavors, Region’s menu includes dishes such as Carolina Heritage Cheshire Pork and Black Sesame Crusted Ahi Tuna. 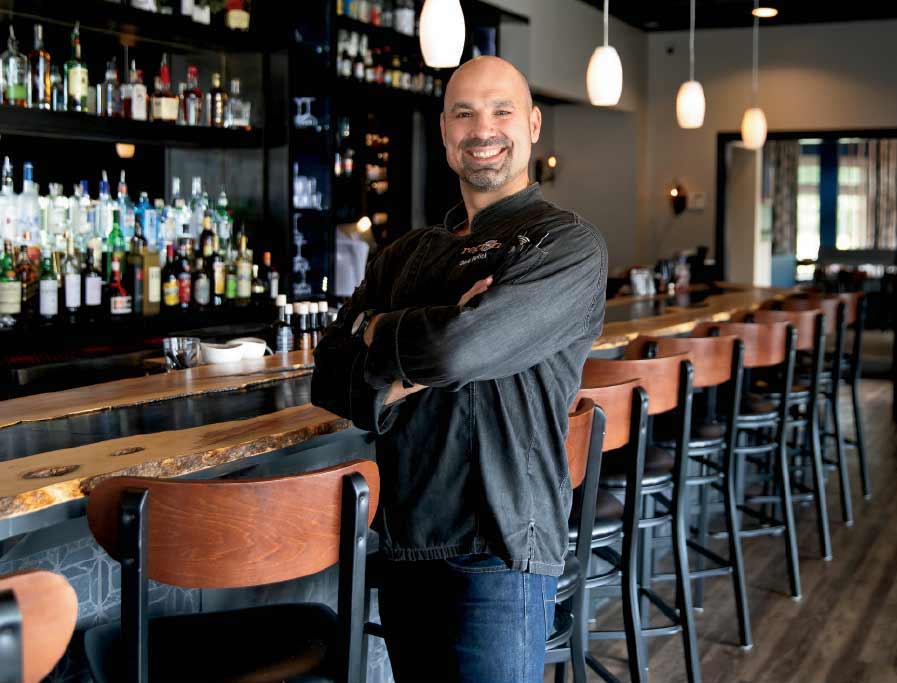 “I wanted Region to include a vast region’s worth of dishes and cuisines,” says Perlick, who has already started brainstorming about upcoming menu tweaks shortly after the opening of the restaurant. “I love the freedom that it gives me to be able to focus on foods from various parts of this country and to showcase the diversity of those dishes. But most of all, I love that it gives me the freedom to do what I want.”

With 22 years in business working at restaurants such as Montarra Grill in Algonquin and M Supper Club in Crystal Lake, the renowned local chef had long considered the idea of opening his own restaurant, especially since moving to Barrington six years ago.

“I would drive back and forth to work on Lake Cook Road or Northwest Highway right through Barrington and couldn’t stop thinking about what it would be like to have a restaurant in the same town I lived in,” recalls the talented 41-year-old. “There is no doubt in my mind that God’s timing is always perfect.” 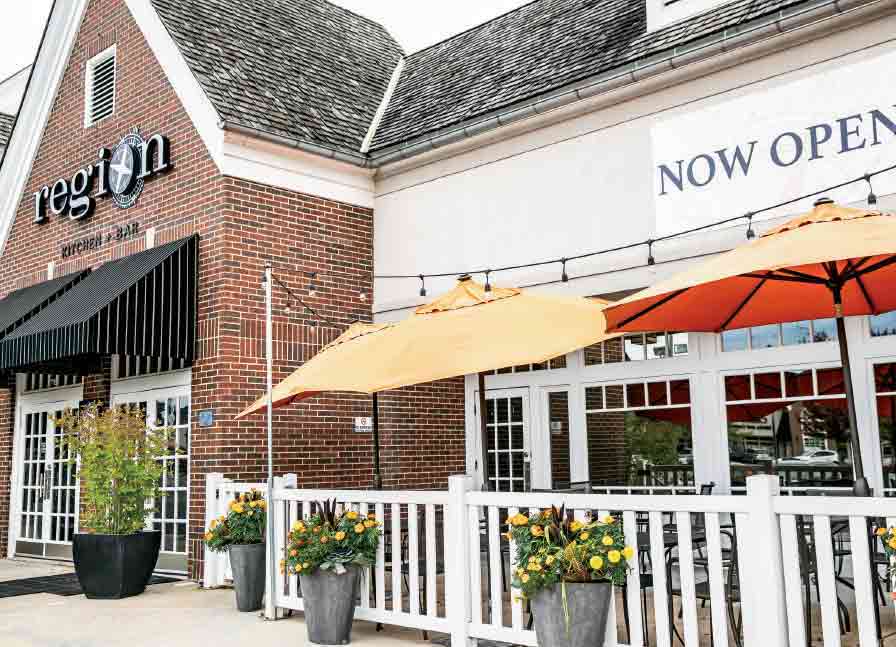 Indeed, Perlick says that he has spent much time in the past year sharpening his skills as a business owner and all that comes with that. And yes, he says he has taken bits and pieces from his past work experience to help shape the look and feel of Region.

“When it came to creating a feel for Region, I ended up working with the same designer I worked with for M Supper Club last year,” says Perlick, who enjoys gardening his 1-acre of yard space in Barrington in his free time. “The look for the last restaurant was classy yet comforting, but for this restaurant, I wanted it to be a little swankier and luxurious but still approachable …kind of like Barrington itself.”

Featuring live birch branches sitting harmoniously with tufted velvet throughout the restaurant, the interior of Region features a mix of blues and blacks and charcoal hues. The restaurant also features an elongated bar that Perlick envisioned long before it was even created. 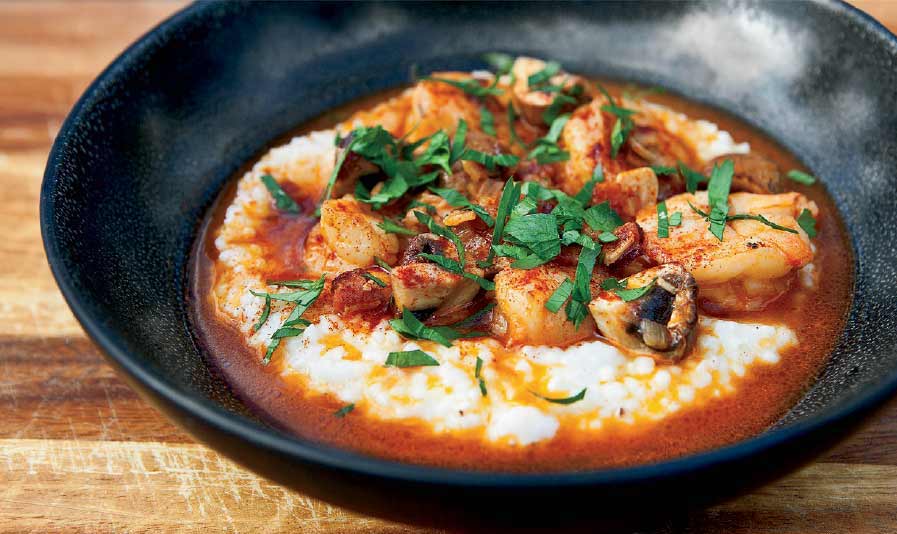 “I wanted something very comfortable that people would want to hang out at,” says Perlick, whose wife also works in the restaurant and event industry.

These days, Perlick can be found often donning his chef coat and his chef shoes, spending his days cutting meats and making desserts, and then spending the rest of the day focusing more on the business side of owning a restaurant. And while the pure joy of opening of the restaurant has been the fulfillment of a dream already, Perlick says this is just the beginning of what he wants to accomplish here.

“There are so many foundations and charities that I want to be a part of,” expresses Perlick. “I want to help and assist in a number of local and social causes. I’m a proud Christian man and I have been taught to love the Lord and to love thy neighbor, and that’s exactly what I intend to do.”

Of course, all that he does is also for the good of his wife Jillian and their two young children Audrey and Everette. 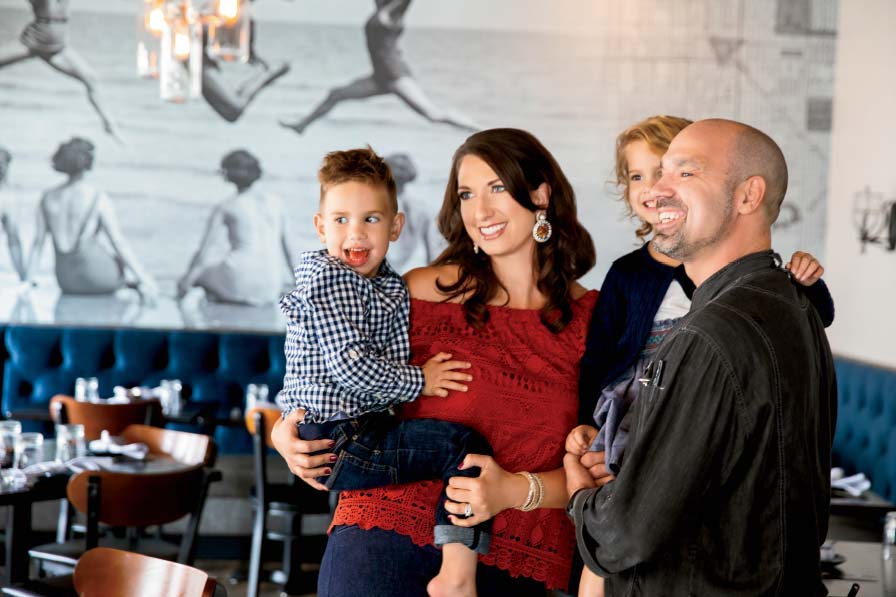 “There is something extremely peaceful knowing that I am doing all of this for my kids and my wife,” he says. “There is nothing is more fulfilling for a man than being able to provide for his family. Add that to the fact that I am helping to provide people within the community jobs while also help secure my kid’s future, and yes, there is a serenity there that’s hard to explain.”

And yes, Perlick also says he is already putting plans in place to expand on the Region brand in the future. Before the end of the year, he hopes to offer catering and chef dinners, and has even began securing domain names for possible brand extensions such as event space and catering businesses. 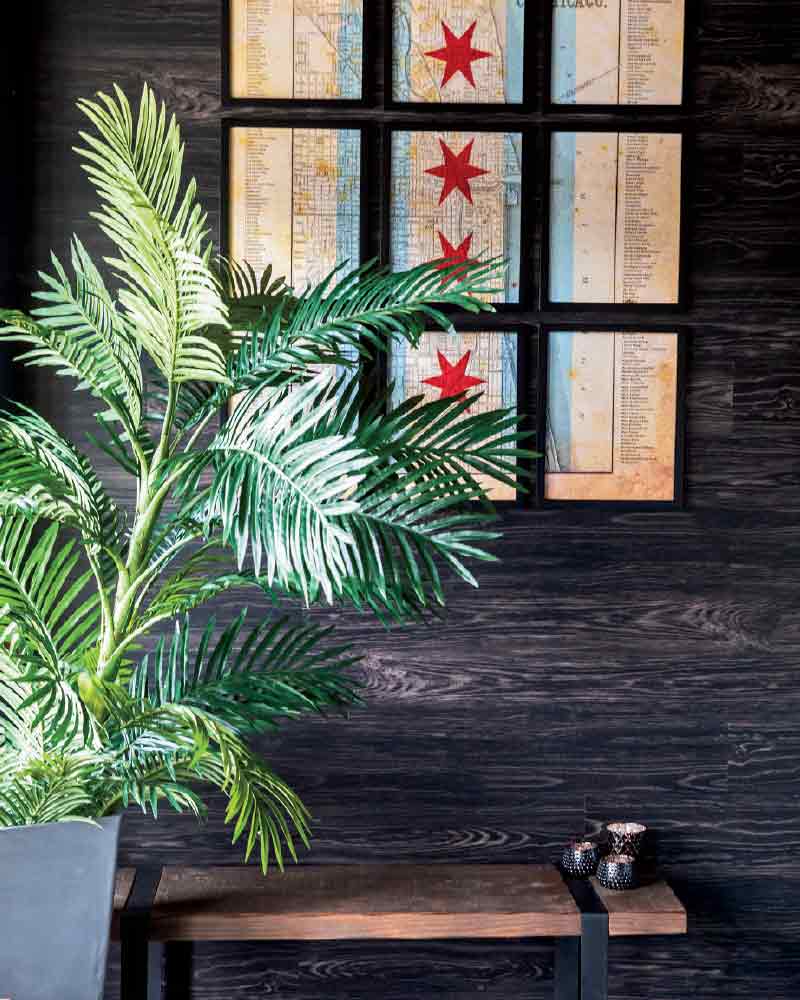 “I am stoked about the future and more than ready for my next 30 years here,” he says. ”I could probably do this restaurant anywhere but I truly feel like this is my forever home.”