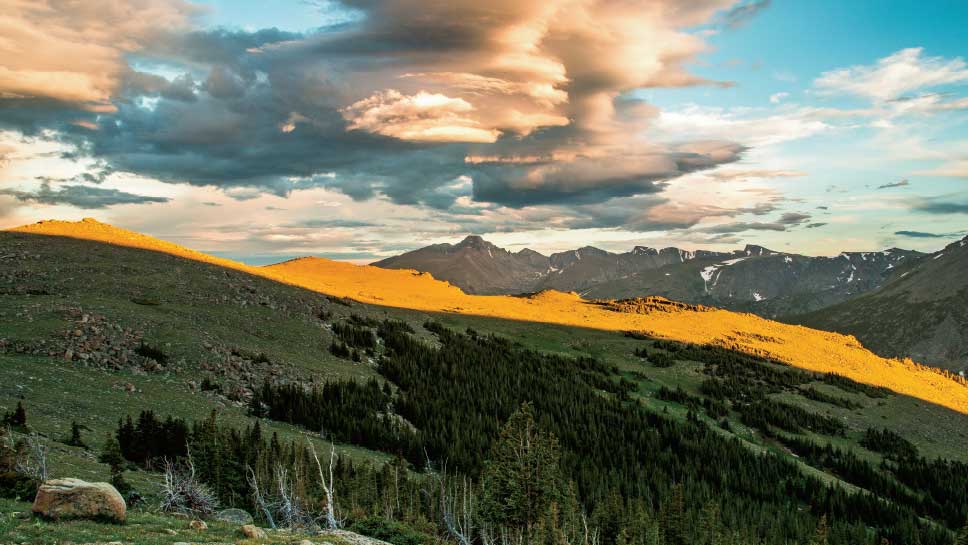 Longtime Barrington resident Gene Goss describes his evolution as a landscape photographer and how he defines his own brand.

A little more than a decade ago, Gene Goss decided to take a weeklong photography workshop with a teacher named Bill Lea in the Great Smoky Mountains of Tennessee. From that point on, he fell in love with photography, became a “student of light,” and began to explore and hone his craft and passion for landscape photography.

“I enjoy working with filters, low light, and long exposures,” says Goss. A lover of the outdoors, Goss had been visiting the Smoky Mountains regularly for years, first as a “raft guy” and kayaker. When his knees and body began to protest the rigors of those hobbies, he decided to explore photography in the region that he loved—and hasn’t looked back.

That is when he isn’t busy with his longtime day job as general manager of Barrington Ice Arena, where he loves teaching kids to play hockey. He’s lived in the Barrington for 25-plus years with his significant other Linda after growing up in Crystal Lake, but takes regular trips to the Smoky Mountains. 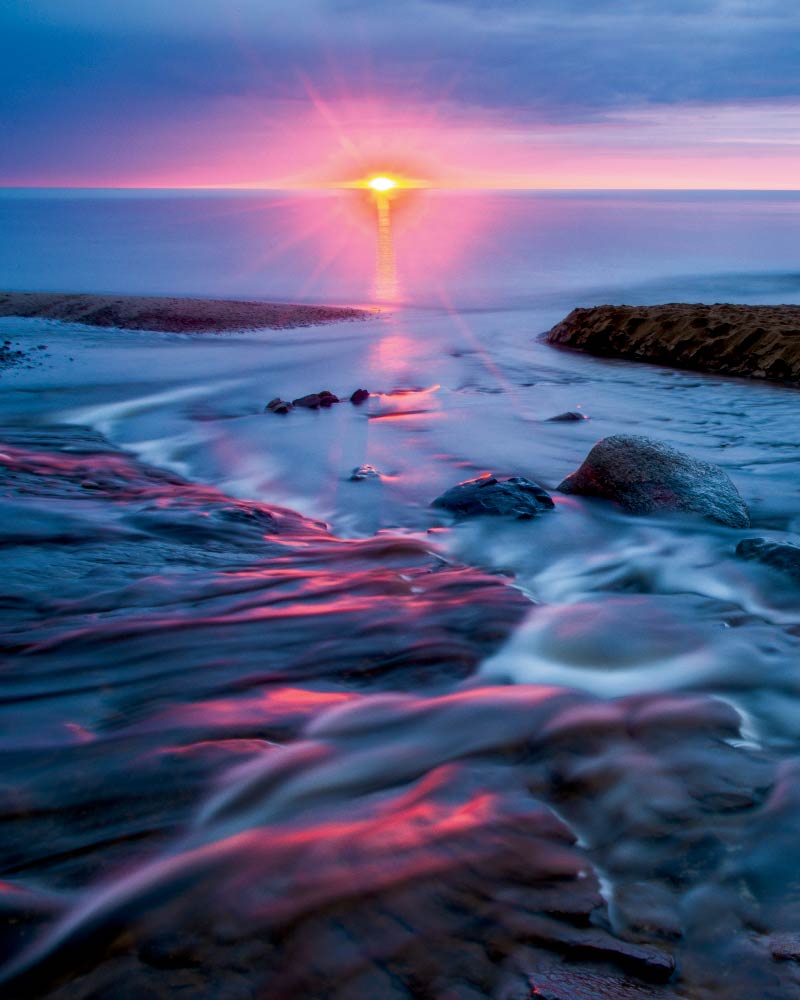 Goss says he became a student of light more than 10 years ago, realizing that light determines where you shoot, when you shoot, and what you shoot. But it took a while for Goss to get to this point. “I started landscape photography around same time digital photography became busy,” he says. Starting out with a Nikon D40X, he practiced a lot, and continued to hone his craft working with master photographers like Donald McGowan, Eric Stensland, and Jeff Miller. Eventually, he began to “shoot raw.”

“As I got better, I started shooting in a raw format, in a large file size, using a better camera to produce things that were more three dimensional and capture more time and space.” Basically, shooting raw means defaulting the camera from any type of control (shutting down all “auto” modes) and “taking back creative control,” according to Goss. He now shoots with a Nikon D600, using a full frame sensor and large file size. He alternates between two high-end lenses: a Nikon 70-200 F2.8 and a wide-angle lense. “The large file size gives you the sharpest images from corner to corner and edge-to-edge,” he says. “And you need quality lenses that are really fast.” 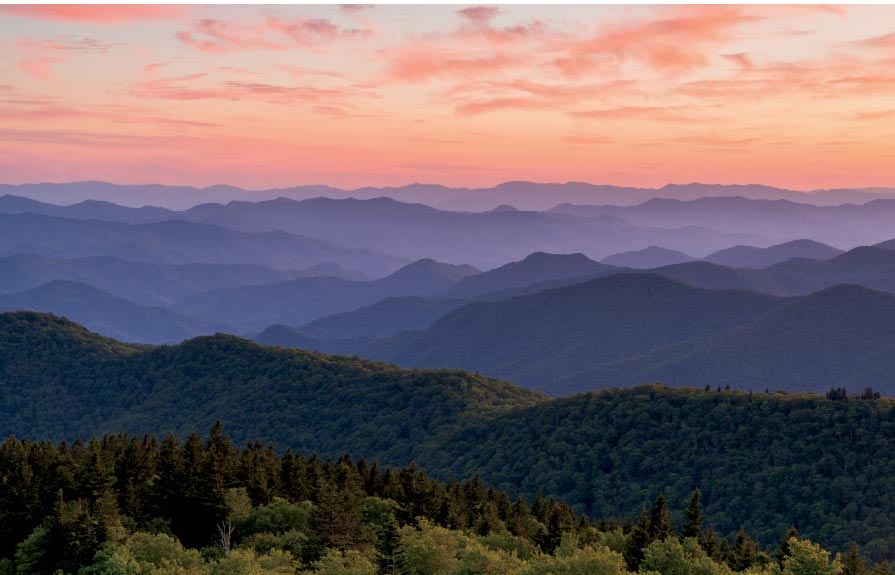 The contradiction in this is that the process of getting these highly detailed pictures is painstakingly slow. Capturing the perfect image takes patience—and a lot of waiting for just the right moment. One of the valuable lessons Goss learned early on was the value of workflow if he was going to get the kind of shots he wanted. “I get up early in the morning before sunrise at Sprague Lake in Colorado or Bear Lake in Idaho, to wait for the first light to hit so I can shoot the side light off the prominent ridges,” he explains. “I’ll continue through to after dark and hope to produce some decent results.” In fact, Goss’s images capture an astonishing amount of detail and texture that define his photographic eye and style.

Goss says that he likes to pre-visualize compositions using side light, which paints the most detail on the landscapes. To accomplish this, he uses singh ray filters, which block the light going to the camera sensor allowing him to shoot longer exposure (the waiting again) to create effects such as silky waterfalls and the milky water in waves. “It’s tricky to use and a challenging way to force the camera to bring out more detail in the prints. I’m developing my own brand, with my use of light and filters.”

Then, after all the shooting, there is the time-consuming processing of images to do, which is no longer done in the darkroom with chemicals. “It’s now done on the computer in a digital darkroom,” he says. Goss emphasizes he never uses any post-processes (like Adobe Photoshop) to alter his photos. “I use Adobe Lightroom to edit and develop my images to achieve an artistic but realistic look.” Goss credits growing up in the printing industry (his father owned a printing plant) to helping his photography. “I did post-processing in the dark room for years, which gave me an understanding for color spectrums,” he says. 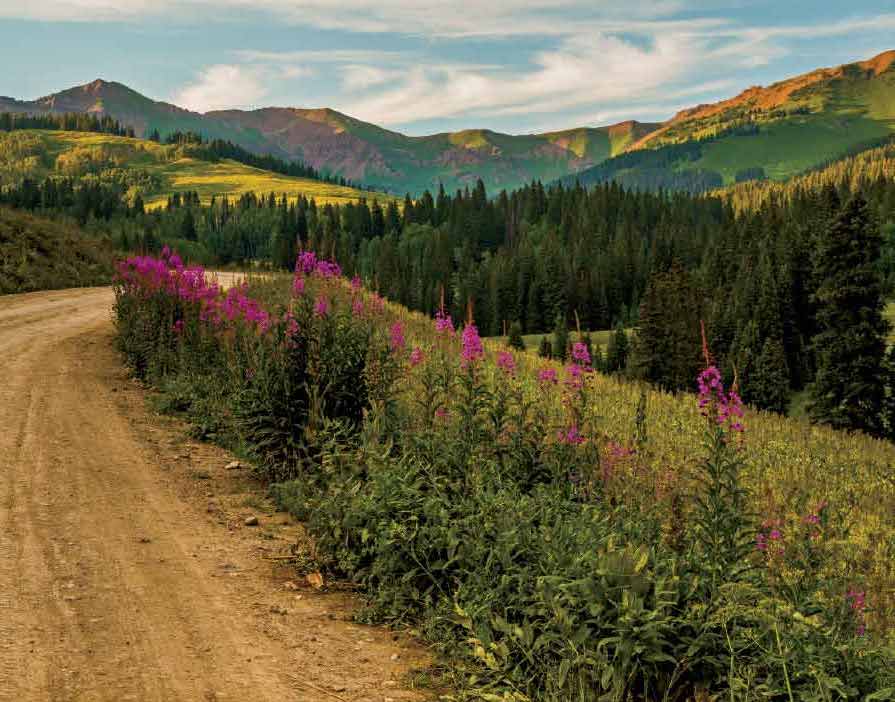 Some of Goss’s favorite shooting spots are Great Smoky Mountain National Park in Tennessee and North Carolina and Rocky Mountain National Park in Colorado. He also frequents the Blue Ridge Parkway in summer, taking three to four weeks off per year during slow periods at the ice arena. Locally, he shoots at Kettle Moraine and Devil’s Lake State Park, and the Upper Peninsula (UP), and plans to shoot around the Barrington area—fences, barns, trees, horses—this fall.

His pictures are currently being displayed and sold at Pisgah Inn, located on Mount Pisca outside Ashville, North Carolina. Locally, his photography is being shown at Advocate Good Shepherd Health and Fitness Center, Fresh Flower Market, and Barrington Cultural Arts Center.
For right now, as hockey season ramps up, Goss says he will continue establishing his base of work and building his portfolio with the goal of evolving into a part-time local job as a photographer. Mostly, though, he says, “I hope my love of the rivers and mountains shows through in my photography.” Indeed it does.