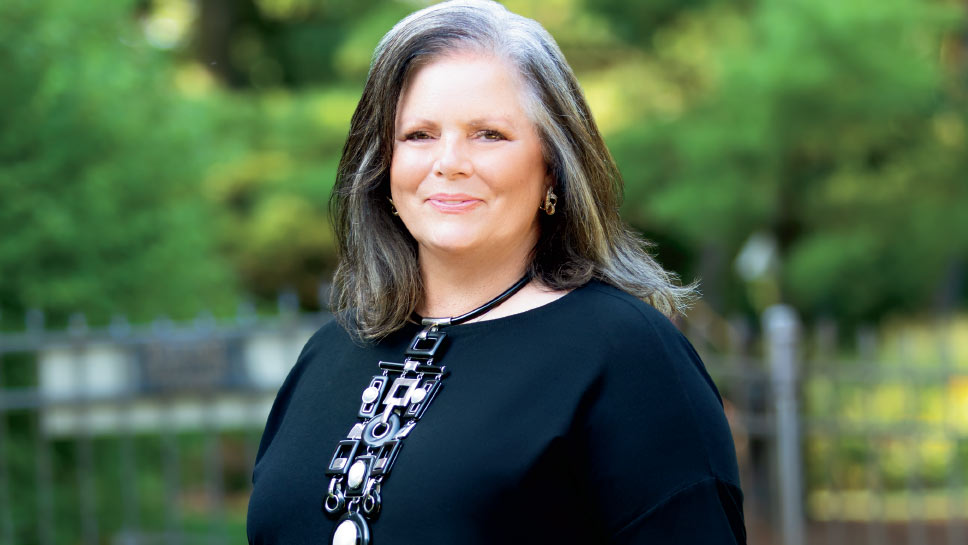 Longtime Barrington Hills resident Diane “Dede” Wamberg bids farewell with one last festival—a celebration of community heritage and all that’s wonderful about living in the Hills. PHOTOGRAPHY BY ROBIN SUBAR

More than three decades ago, Diane “Dede” Wamberg and her husband Tom moved from a downtown Chicago high-rise to ultimately find their version of Shangri La—a 70-acre estate in Barrington Hills known as Hidden Ponds.

The picturesque property was located next to the Duchossois horse farm and opened a world of possibility for the Wambergs and their growing family.

“We lived in two homes before finding these 70 glorious acres about 10 years ago,” explains Dede, who recently announced plans to leave the community she loves and start a new life in Indianapolis. “Building the home at Hidden Ponds was a labor of love. Molding an old gravel quarry into its the beautiful grounds you see today was very rewarding. I decided to stay in the Barrington Hills area after all my little birds fled the nest … you would think with having a large family, one of them would stay in the area but that is not to be.”

Now that it’s time to say goodbye, Dede is dedicating her efforts to one last event—a festival that will be her swan song. “The Hills Are Alive,” an old-fashioned gathering of friends and neighbors to celebrate everything they love about their village, will hosts its 6th event on Sunday, September 30.

Dede will be there, affectionately closing one chapter of her life so that she can open another. 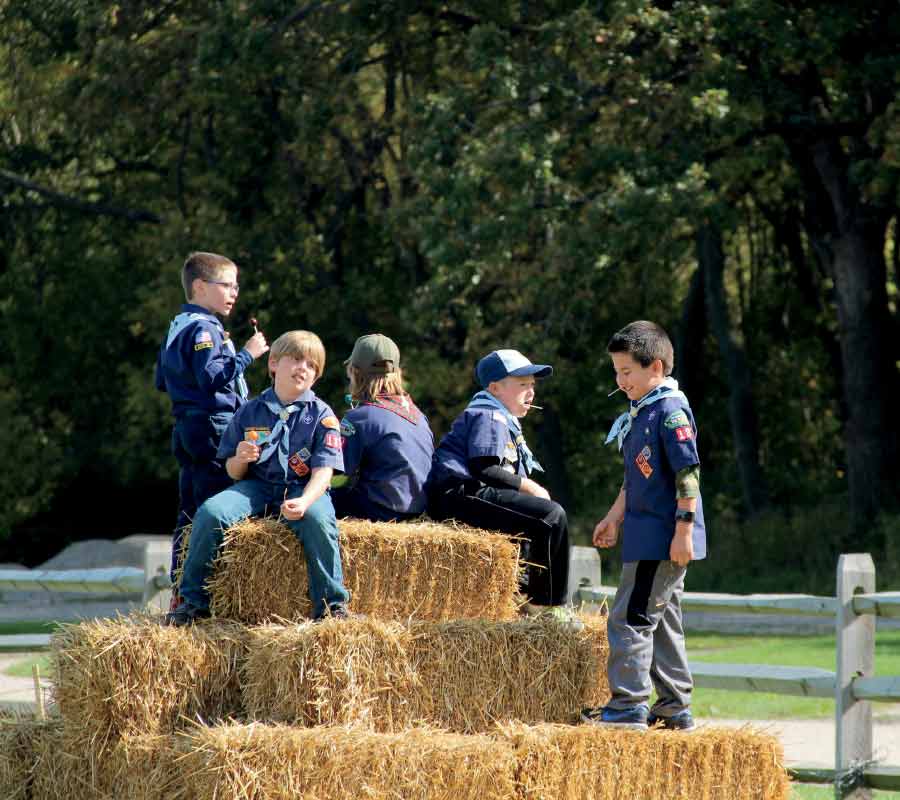 “The Hills Are Alive”: Photos from recent festivals

Originally from Cleveland, Dede moved to Chicago 38 years ago, marrying Tom and starting a family in the city. “We lived downtown for five years but raising four kids in a high-rise was challenging. I am a country girl at heart so we gravitated to the Barrington Hills area because of the open spaces.”

In her 32 years of living in the village, she is proud to say she’s lived in three of the four counties that intersect. All seven of her children attended Barrington schools, which she says was one of the many attractions. 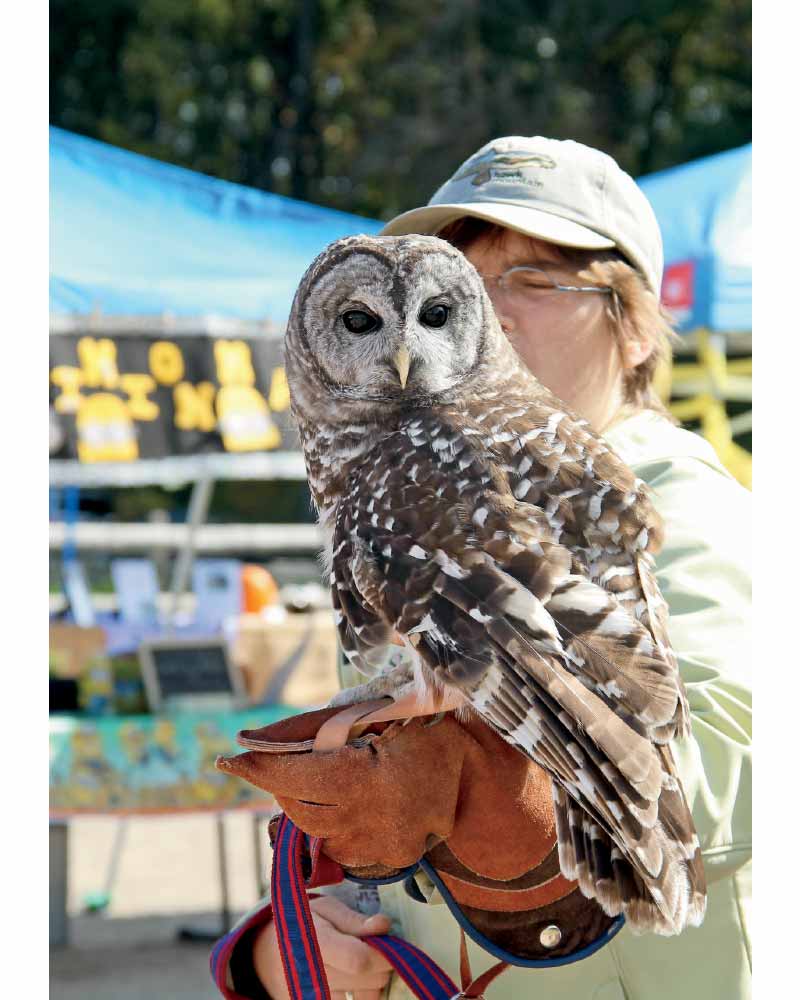 “Countryside Elementary School was our home school where I was PTO president and eventually became a school board member,” Dede says. “My most gratifying involvement with our schools was to be the founding chair of the District 200 Foundation, which raises funds for exceptional projects for all the district students. But there are many causes and organizations that I have been involved with through the years aside from the schools.”

She was actively involved in coordinating the Barrington Sesquicentennial parade in 2015 and the parade that followed. And when the idea to start a festival that celebrates the heritage of Barrington Hills was suggested six years ago, she was one of the first to raise her hand. 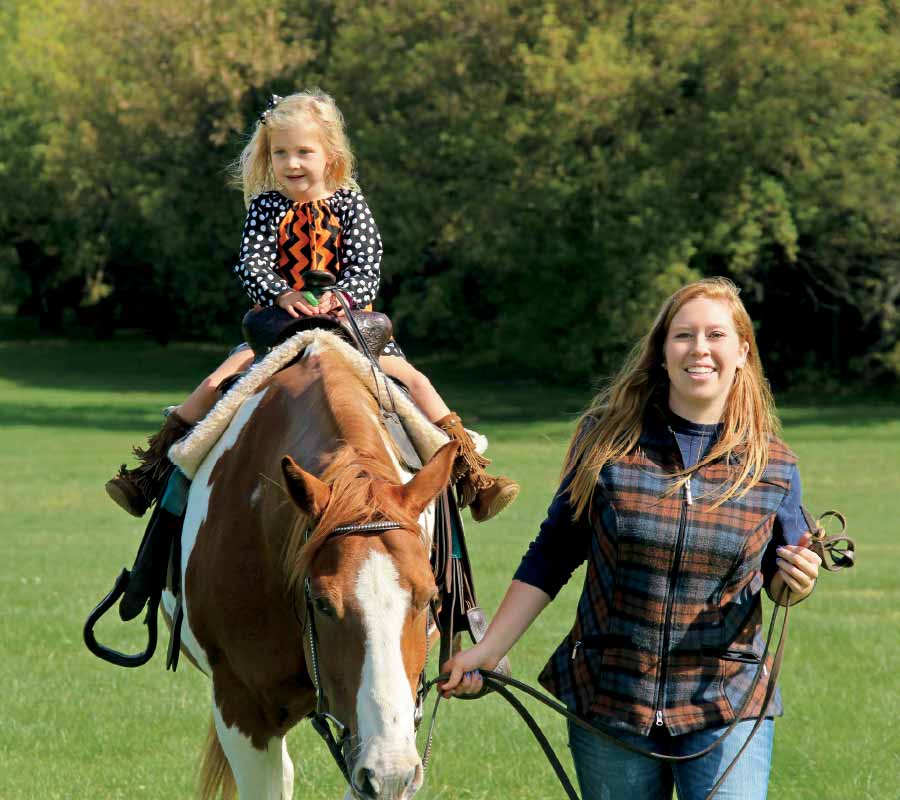 “With five-acre zoning, neighbors are spread out on village roads and farms,” Dede explains. “The festival is a chance to see friends, listen to some great music, and eat some good food while children have their faces painted or clamor up a climbing wall. It’s a wonderful way to start the fall.”

Today, her own children range in age from 28 to 48 and live all over the country.

“Invitations to live on the West Coast by my children in San Francisco, San Diego, Los Angeles, and Bend, Ore. were declined because I am still a country girl,” she says. “So I am moving to Indianapolis to be near my son and his family and start the next chapter of my life.”

Dede says she will always cherish her time here, and is looking forward to her last fall festival with friends and neighbors who helped make the Hills her home.

HEAD FOR THE HILLS

Join Dede Wamberg along with the Village of Barrington Hills and the Barrington Hills Park District on Sunday, September 30 for “The Hills Are Alive,” a fall festival to celebrate the beauty of life in the Hills.

Now in its sixth year, the festival aims to bring the community together for a day of fun and to highlight the organizations and activities that make it unique.

It will be held rain or shine (with plans to move inside to the riding center if needed).

Activities include bubbles, balloons, and a dunk tank.

“Sitting on the wet seat will be our Village President Martin McLaughlin,” explains Dede. “The dunk tank will be use to raise funds for a charity with the Barrington Hills Park District.”

It will be a day to remember, and say farewell to one of Barrington Hills’ most beloved residents.

“The Hills Are Alive” is held at the Riding Club of Barrington Hills, 361 Bateman Road in Barrington Hills. For more information, visit barringtonhills-il.gov/hills-alive.