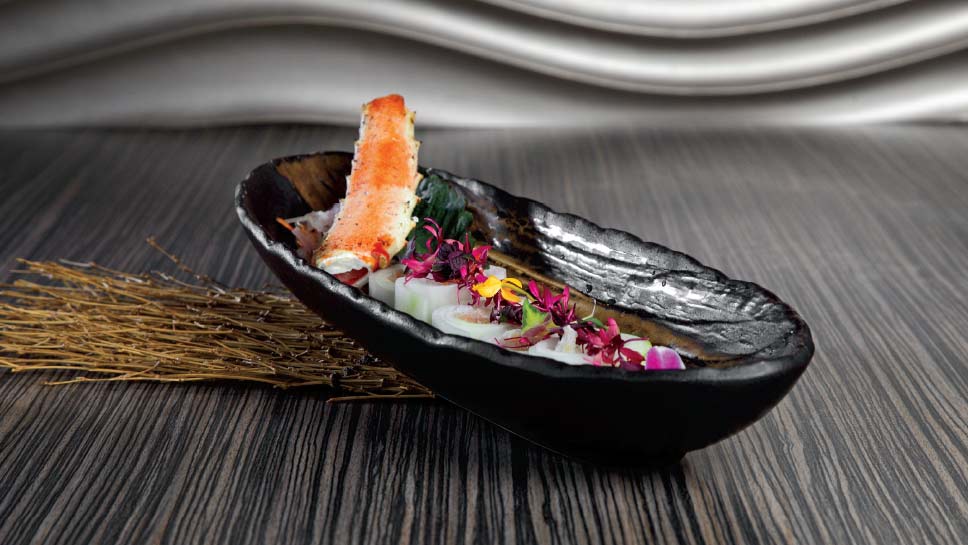 Shakou in Barrington has quality sushi, smart service, and that elusive “it” factor. PHOTOGRAPHY BY JACOB VANVOREEN

Have they finally cracked the code? For as long as there have been restaurants in Barrington—or any suburb for that matter—restaurateurs have purred poetic about exporting a distinctly urban experience to suburbia.

“We’ll eliminate the need for a stressful commute,” chant the dreamers. “We’ll take a chainsaw to those ridiculous downtown prices, while fashioning a menu with as much creativity as anything they’d find the heart of the city.” And, like that maraschino cherry added to your favorite Manhattan, they promise another sweetener: big sprawling lots with free valet parking.

Unfortunately, such noble dreams often get derailed along the way, in large part because it’s difficult to summon that essential je ne sais quoi that ensures a place is sexy and alluring while being approachable and fun.

Fortunately the owners of Shakou in Barrington seemed to have cast just the right spell. There’s an infectious, playful energy pulsating through this place. It’s Vegas chic with a Midwest soul. Approachable but not overwrought sushi. Asian comfort food staples. Stellar drinks. Simple yet effective desserts. And an air of cool confidence from the staff that’s knowledgeable without being intrusive.

It doesn’t hurt that the place sparkles, whether it’s the gleam of receding sunlight that bounds across the trellised rooftop deck or the twinkling of its indoor crystal chandeliers, which create soft halos in Shakou’s bi-level ebony-ivory dining rooms, like pools of light shimmering through the depths of the water. 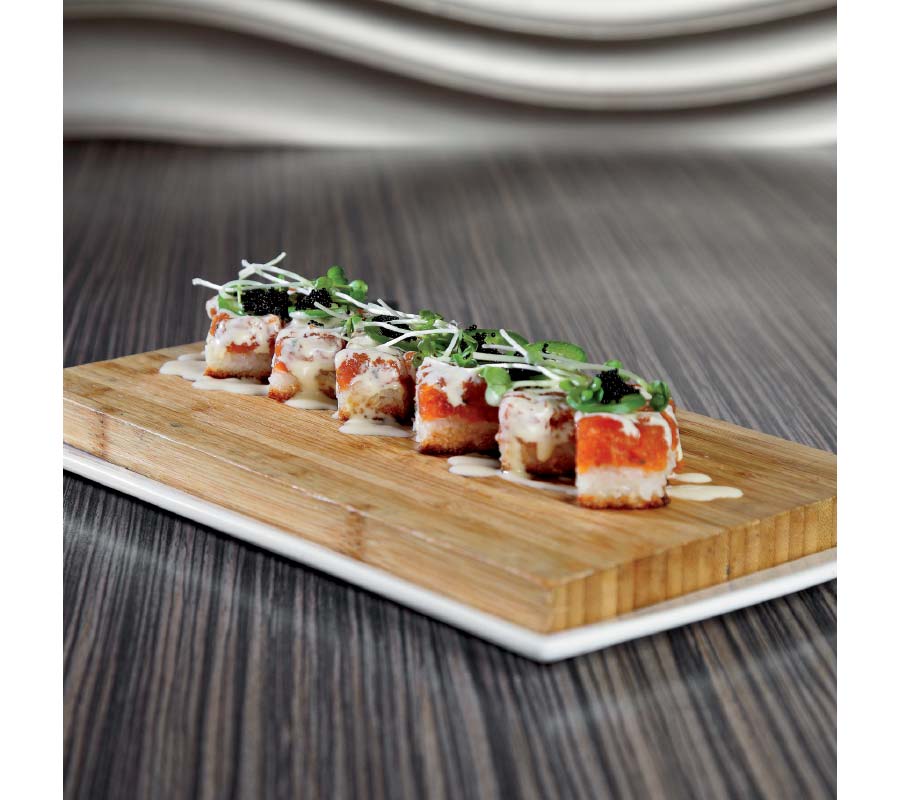 Kudos go to chef Sang Choi, who oversees all five locations of Shakou’s growing empire, for allowing the menu to be creative without veering too far from the spiritual essence of the Japanese table. I’m doubtful, for example, that sushi masters across the Pacific have a long history of serving anything like the “seven spicy ahi” platter: tobiko and jalapeno-topped mounds of spiced tuna set on tiny buttered loaves of black rice. But wouldn’t it be great if they did? It’s a delicious layer cake of flavor and textures: cool salinity from the tobiko, spicy richness from the tuna, and then that final warm base of crackly buttery goodness at the bottom.

There’s a playfulness to the sushi presentations, including the house’s head-turning sushi boats, which bundle together the kitchen’s choice of nigiri, sashimi and maki rolls onto a miniature wooden vessel complete with webbed string for the sail.

If you’re inclined to choose your own sushi adventure, consider starting with the soft, cold, and crisp Kani-Su: chunks of king crab meat rolled up in thin slices of cucumber and drizzled with a smooth vinaigrette. Then follow up with your favorite nigiri and sushi as well as the house’s Ocean Drive maki: bundles of tuna, yellow tail, avocado, cilantro, and green pepper rolled up in crispy soy wrappers drizzled with spicy chili oil and a spritz of lime juice. It’s Japan by way of Latin America, subversive without being kitschy.

Equally enticing, especially for carnivores, is the house short rib, just one of a slew of traditional entrees that ensure Shakou is far more than a sushi experience. Asian staples like battered fire-cracker shrimp, marinated steaks, pork chops, and bulgogi are all available, but it’s the ginger-soy short rib that reigns supreme.

When set atop the plate, the giant short rib stretches from edge to edge like a giant bridge spanning over a forest of zucchini, squash, and other primavera-inspired recipes. It’s cute and playful, but it’s also fun to eat. Each tuft of the ultra-tender rib is divided into little tranches, so you can snap little bits with your chopsticks. On the palate, it’s sweet and rich, charred and earthy, the best turf option to pair the menu’s many surf options.

Given the professionalism of the service and the general vibe of the place, you’ll probably want to linger for dessert, which offers some surprisingly effective options. The pyramid is a Ferrero Rocher candy creation which plays off the timeless allure of chocolate mousse and hazelnut brittle, but the real surprise might be the bomba: a white chocolate shell cracked open to reveal layers of mango, passion fruit, and raspberry sorbet.

It’s an appropriately colorful finish to a restaurant that delivers exactly what it promises: a cosmopolitan experience without the rigors of a trip to the city.