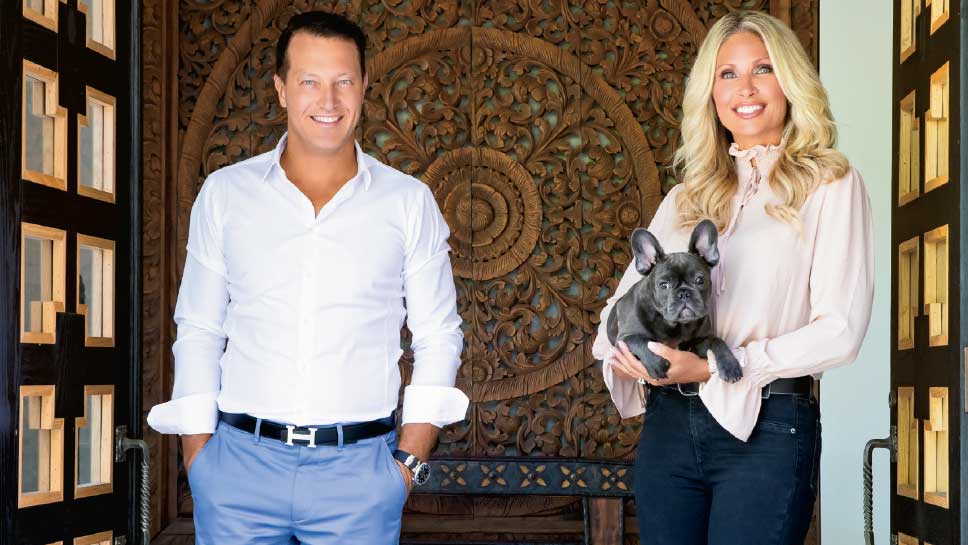 Romeo Kapudija of Miller Street Partners has a go-getter attitude that spells success in his personal and professional life. PHOTOGRAPHY BY ROBIN SUBAR

Those who look back on the life of executive Romeo Kapudija may see a man who was never restrained to a certain box. Instead, they will see a man who used adversity to his advantage—a man who was dead set on making his visions a reality.

Some might even call his success story the American dream.

Yet this was no ordinary dream. The story of Kapudija spans the gamut from professional race car driver and once co-driver with Patrick Dempsey (aka Dr. McDreamy) to business owner to multimillion-dollar real estate executive. And these days, his work as a succesful real estate developer and co-founder of Miller Street Partners is what not only keeps him busy, but also continues to make him one of the most exciting executives in the Chicago area.

“We are selling out buildings before the roof is put on,” Kapudija says of Miller Street Partners’ latest projects of condo buildings in Chicago’s Pilsen neighborhood that include ultra modern and high-end features such as quartz countertops, porcelain tile, and facades utilizing black brick, metal, and glass.

Of course, his love of real estate came from a very special man in his life—his father.

“I was a first-generation Croatian-American growing up in Chicago,” he says. “My parents didn’t speak English very well, but my dad took on many jobs, some of which were in real estate. My father would eventually own apartment buildings throughout the Chicagoland area, which my sister Susie and I still own and manage, so I guess you could say I got into the business by default.”

In addition to his impressive work with Miller Street Partners, Kapudija is also co-owner of both Paintball Explosion and Laser Tag Explosion in East Dundee. “The business has been a huge hit due to the fact that all of our playing areas are scenes taken out from today’s most popular video games,” Romeo shares. If that wasn’t enough to keep him busy, Kapudija is a partner of Trident Defense a custom gun parts manufacturing company which is also working on a January 2019 opening of a new, members-only indoor tactical range in East Dundee.

“I truly don’t have time to sleep,” Kapudija laughs. “I guess I’m just a go-getter at my very core.”

This go-getter attitude is something that he now looks to use to inspire his soon-to-be stepchildren, much like the role his father once played for him. The two teenagers, Myles and Sydney are active in sports such as soccer and baseball. “To get to show both children what the American dream is all about is something very gratifying for me. I came from a family of hard workers who were never ashamed of taking any job to provide for us. Because of my family’s passion for work, I’m where I am today. It’s not easy, but nothing really good ever is.”

And life couldn’t get much better at the moment for Kapudija, who is currently also in the planning stages for his wedding to local Sears Holdings executive Caroline Cerbus. The two met more than 25 years ago while living in the city and reconnected six years ago. “I call it love at second sight” says Kapudija.

“We are looking at having a destination wedding on the beach with a group of close friends,” says Kapudija, who has been dating Cerbus for the past six years and now shares ownership of two adorable French bulldogs, Bentley and Burton. “I have had many dreams in my life that have come true, but getting to marry her is going to be one of the sweetest.”