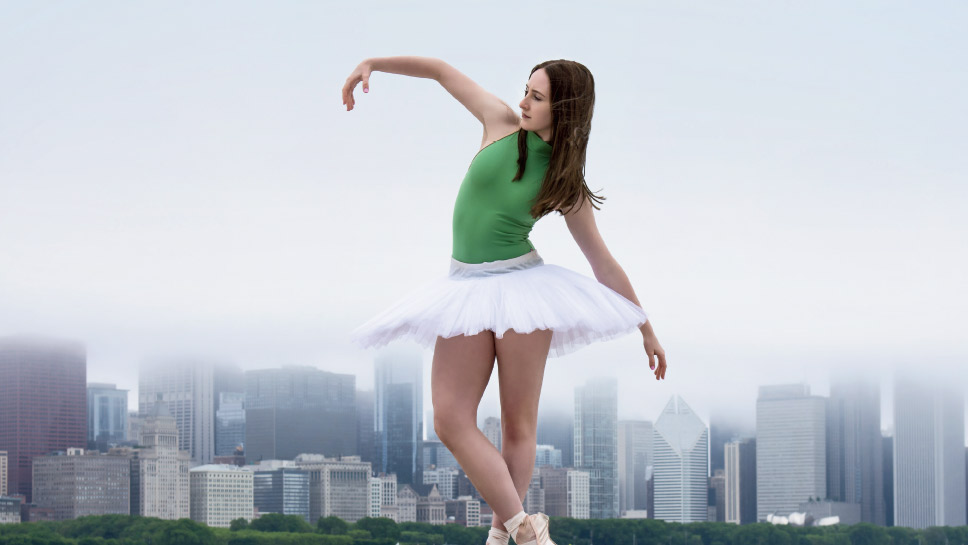 Morgan Clune says that someday she wants to study astrophysics or astronomy. But she’ll be a little busy for a while pursuing her other passion—dance. Clune was selected as one of only 12 female dancers in the world to be accepted to Juilliard School’s performing arts conservatory in New York City for the upcoming school year.

It’s safe to say that not many high school seniors could remain composed during the rigorous (and nail biting) all-day auditions required for admittance to Juilliard each fall. It is widely regarded one of the world’s leading music and dance schools, with some of the most prestigious arts programs. But Morgan’s mom, Kellie Clune, says of her daughter, “She is quietly confident and humble.”

Morgan needed that confidence last January when admissions judges from Juilliard made a stop in Chicago on their tour of five U.S. cities (Chicago, San Francisco, Dallas, Miami, and New York) to hold auditions where dancers—including international candidates—compete for the coveted 12 slots. The auditions consist of performances in ballet, modern, and pointe, with cuts throughout the day.

“The audition was scary in itself, with five different cuts,” says Morgan, who grew up in the Tower Lakes area of Barrington. Auditions were held at Hubbard Street Dance in Chicago. “We started with about 60 girls and 10 boys. There were three judges. We did a ballet class, and they cut, then a modern class was followed by another round of cuts. We also had to partner with someone, perform a solo, learn choreography, work with the teachers, and do an interview.” After each segment—another cut. 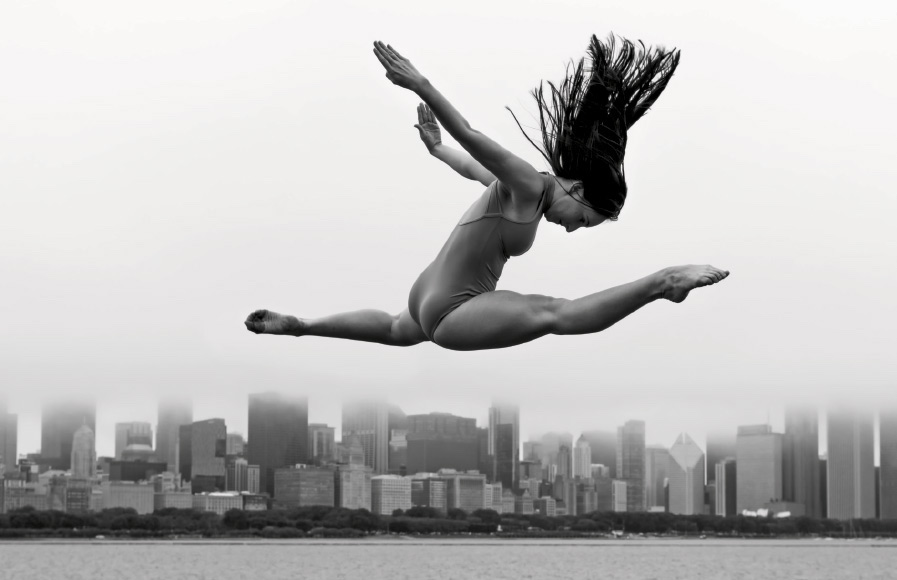 At the end of that day, Clune was one of only three girls still standing. Then the waiting began. “Once they had the final pool after all the auditions in all the cities, the judges would look back at the videos, resumes, letters of recommendation, and scores, and ultimately pick 12 girls and 12 boys for Juilliard’s fall 2018 incoming class.

“I got the call on March 20,” she says of the day she found out she had been accepted to Juilliard. It was essentially the day she had been preparing for since she was 2 ½ years old when she took her first dance class.

“I kept with it and found a passion for it,” says Morgan, who continued to take dance classes, progressing to competitive dance throughout elementary and middle school (she attended North Barrington Elementary School and Station Middle School), and her freshman year of high school (she participated in Orchesis Dance Company at Barrington High School). It was in freshman year of high school that Clune and her parents realized that Morgan’s talent presented a decision: continue dancing in the competitive arena or consider taking her dance in another, more artistic, direction. “I knew there was more out there than competition,” says Morgan. 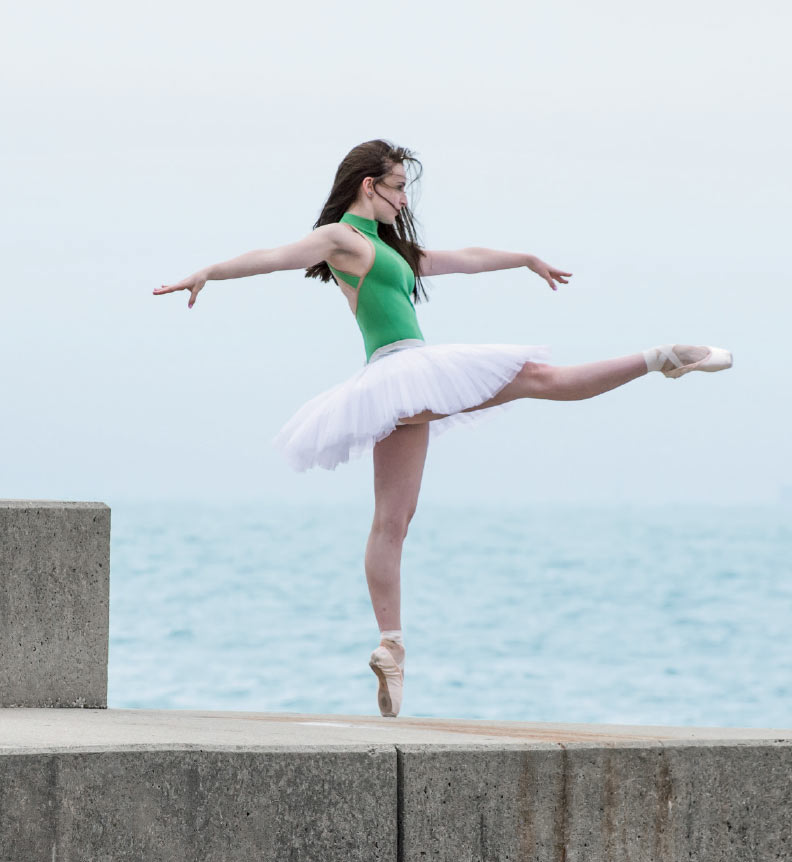 “We realized it when Morgan started winning everything,” says Kellie Clune. “Especially when she won first place in the national West Coast Dance elite dancer competition in Las Vegas against hundreds of other dancers.” Meanwhile, the Clunes had heard about The Chicago Academy for the Arts, a performing arts high school.

“She did a shadow day at the Academy,” says her mom. “When Morgan realized she could make dance a part of her every day at school, and not just something she did after school, it really spoke to her.”

“I saw the value of transitioning from competition and wanting to win a trophy to artistic dance and the performance aspect of it,” says Morgan. She auditioned and applied, was accepted, and made the decision (with her parents) to transfer from BHS to the Academy starting with her sophomore year.

“During her year at BHS, Morgan proved herself to be exceptionally talented as a technician, performer, and choreographer, as well as a responsible leader and positive influence on the company and her peers,” says Nancy Cresswell, director of the Orchesis program at BHS.

Morgan’s decision to leave BHS and daily life with her circle of friends to pursue a serious attempt at a career in dance was indicative of her maturity, passion for dance, and work ethic. She had to commute to Chicago on her own every day, taking the 7:11 a.m. train every morning from Barrington and returning home on the 6:25 p.m. each night—with the night’s homework ahead of her.

“The transition from freshman year to sophomore year was challenging,” says Morgan. It also required that she learn ballet and pointe because, prior to this, she had mostly focused on contemporary and modern dance. “It was late to be put on pointe,” she says. “I had to catch up, but ballet and pointe strengthened my dance to get to where I am today.” She also maintained straight A’s through high school. 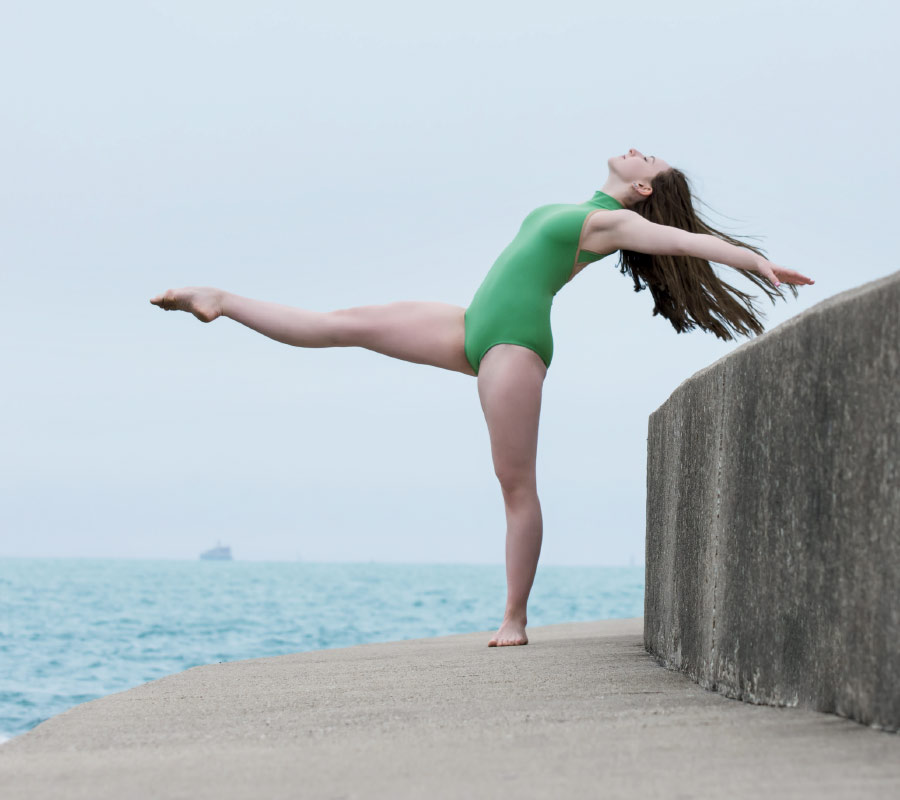 One of her dance instructors and mentors at the Academy was Patrick Simoniello. “Morgan never relied on her natural given talent or facility,” he says. “She always went beyond with an unmatched work ethic and value system. I believe she will only progress with more and more opportunity in life because of the person that exists inside the dancer body she uses as her instrument.”

“I have found Morgan to be one of the most diligent working and talented dancers who has ever been at the Academy,” says Randy Duncan, dance instructor chair. “She was not only an excellent student of dance technique but worked as a young professional from the time she came into our doors.” Clune’s mother adds, “Randy Duncan is the face of dance in Chicago, and the Academy was key in preparing her for this.” Morgan was also offered a trainee position at Joffrey Ballet in Chicago after graduation from the Academy, says her mom, “But Juilliard gives her the opportunity to get her Bachelors in Fine Arts, as well.”

This summer, she’s finding some time to spend with her Barrington friend group of about 15 girls that she’s maintained all along, while also doing two dance intensives at the Joffrey Ballet as well as Nederlands Dance Theatre in Amsterdam (where Morgan hopes to dance professionally someday). “She’s ready,” her mom says of Morgan’s impending move to NYC and Juilliard.

Perhaps Randy Duncan sums it up best: “Morgan is an anointed dancer, a true gift to the world and the art of dance.”