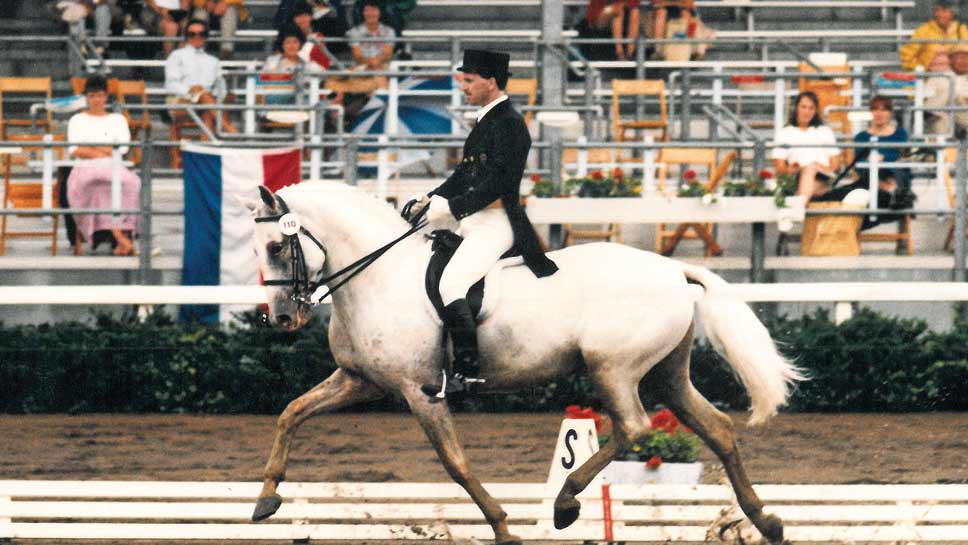 As a little girl who loved horses, it’s not surprising that my parents took me to see the Tempel Lippizans in nearby Old Mill Creek. And even though it has been many years, I will never forget seeing what in my young mind were the equivalent of real-life unicorns.

I remember seeing the milky white mothers being closely followed by their smoky grey foals and wondering how their coat can go from such a deep gray to a shimmery white. I felt the Lipizzans were in a way, very mystical horses. Their balance of power and grace seemed to be something unique to that breed. And when I found out that they were celebrating 60 years of classical dressage performances, I wanted to devote this new column to them. 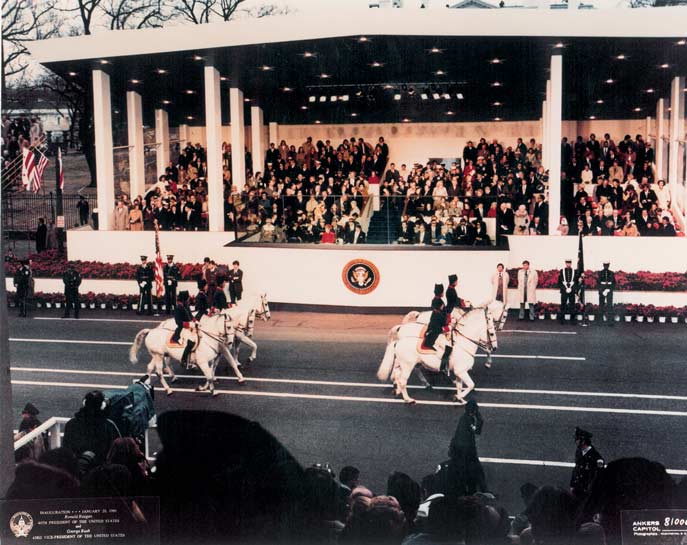 It was 1958 when Chicago industrialist Tempel Smith and his wife, Esther, began a year of negotiations with the Austrian government to import 20 Lipizzans from Piber, Austria, establishing what is today (with 76 horses) the world’s largest, privately owned herd. They are known for exactly what I remember seeing as a kid—exquisite performances of equestrian dressage. Today, as a polo player and lover of all horses, the 90-minute program of synchronized movements, athleticism, and harmony between horse and rider speaks to my heart.

It’s no wonder that Tempel Lipizzans have been featured in six presidential inaugurals and the 1976 Bicentennial Celebration in Washington, D.C., ridden by President Ronald Reagan and Morocco’s King Hassan II. It was also Tempel Lipizzans that, in 1985, pulled the casket of The Unknown Soldier of the Vietnam War at Arlington National Cemetery.

Over the past 59 years, there have been more than 900 foals born at Tempel Farms, which remains one of only a few places in the world where rare Lipizzan horses are bred, trained, and perform on the same property. In 1997, the owners were awarded the Officers Cross from the Austrian Government for their careful preservation of Austrian culture in the United States.

The Program Director Esther Buonnno, granddaughter of the founders, says this: “Though dressage was created to keep horses performing in the imperial courts after their service was no longer necessary on the battleground, their beauty and service is undeniable to the arts and our history even today. These horses in exhibition keep us connected to something deeper and richer than anything else we encounter in our daily lives.”

I completely agree. As part of the 60th anniversary season, Tempel Lippizans will present its usual summer series, the same one I saw as a girl. Each live, outdoor performance follows the horses’ training progression from newest foals, frolicking around the arena, to the precise power of young stallions, to the refined grand finale of “Quadrille: Ballet of the White Stallions,” in which four highly trained adult horses perform difficult, dance-like movements in exquisite unison. 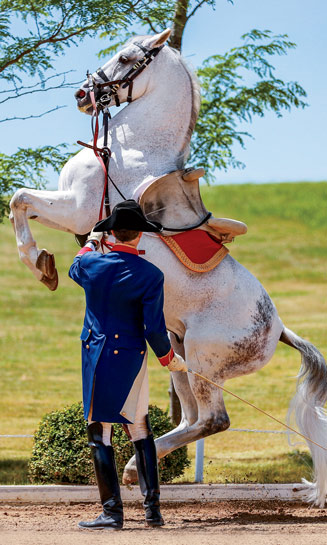 Performance highlights also include the gravity-defying, military-style “Airs Above the Ground” leaps of “The Capriole,”“The Courbette,” and “The Levade” in which few breeds outside of the Lipizzan are able to perform. The Lipizzans will also demonstrate a “Tribute to the Olympic Sport of Dressage,” a musical freestyle one would see in modern day dressage competitions performed by the top riders in the sport as well as artistic choreography called the “Pas De Trois,” or ballet for three performed by intermediate-level stallions.

We are told that this summer’s performance season will also feature a Grand Prix, Long Rein performance—the only location in the United States where such a high level Long Rein can be observed. Following each performance, visitors can enjoy a self-guided tour through the stallion stables to meet the equine stars and ask questions of Tempel Lipizzans’ riders, trainers, and working students. 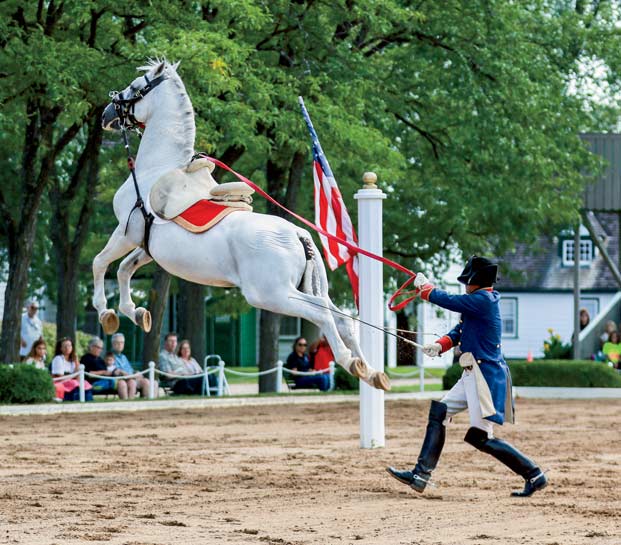 The 2018 Tempel Lippizans season kicks off on Father’s Day, Sunday, June 17, with performances continuing through September 2. But because of the anniversary, there are a lot of special events this summer as well, including a gala celebration on Saturday, July 21 at the stallion stables at Tempel Farms. In addition to a performance, food, and live entertainment, the anniversary gala will also feature a special viewing of never-before- seen footage of Tempel Lipizzans’ original herd as they traveled from Austria to their new home in the U.S.

I hope to see the Lippizans perform soon. Maybe one day, I’ll get lucky and be able to ride one.