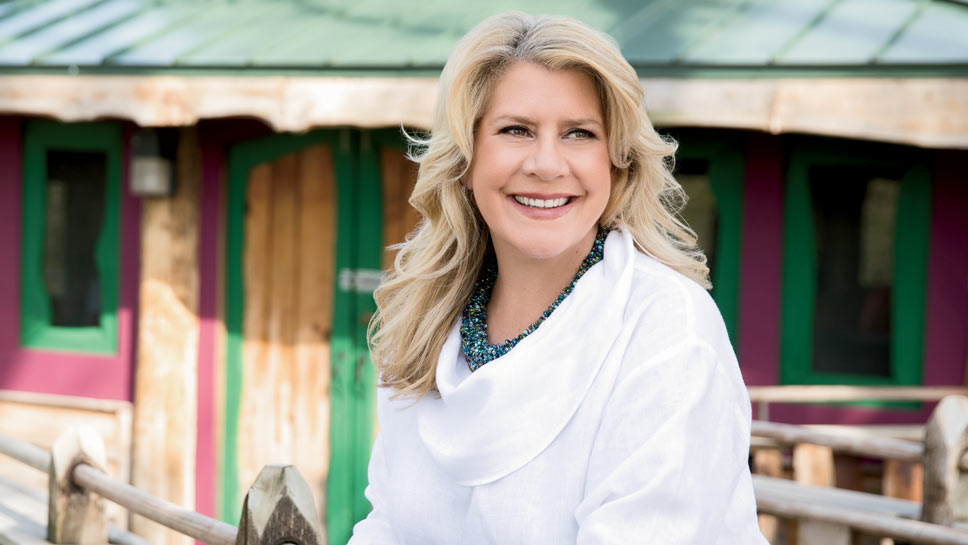 Barrington’s Chrissie Mena was sitting with her husband Rey Mena at the recent Barrington Area Development Council’s annual dinner and awards presentation when she heard Dave Nelson begin introducing this year’s prestigious Citizen of the Year Award winner. Almost simultaneously, she noticed that her children (who were supposed to be at school) were in the room. That’s when she suspected something was up. A moment later, her name was announced as this year’s award winner.

“When Dave Nelson, who is a good friend and mentor of mine, started talking about the St. Mark’s Parent Board, I knew it was me,” says Mena. “It was quite a surprise to be honored by the people I’ve done charity work with over the years.”

The Barrington Area Development Council annually presents the award to a person or persons who made a meaningful contribution of time and effort that has benefited the entire greater Barrington Community. Mena fits the bill.

“My hobby is doing charitable work; I’ve been really active since my children were in pre-school,” Mena says. It seems to be in her DNA, and the wife and mother of three takes it all in stride with her characteristic “roll up your sleeves and get to work” attitude.

“My mother always said, ‘If you want to meet nice people, do nice things,’” she says. and that’s what she has done all her life. The youngest of nine children, Mena grew up on the North Shore, went to New Trier High School, then University of Arizona. After working as a manufacturer’s representative in the commercial furnishings industry, traveling back and forth to New York for a couple of years and “having a lot of fun” doing marketing consulting, she started an internet safety program with the Village of Barrington Police in 2007 to train parents about what was going online. Anyone on the outside looking in might have said that this was an indication that Mena is a born to be leader and agent for change. She won Citizen of the Year from Illinois Department of Law Enforcement for that internet initiative, which served as a segue to becoming a marketing consultant, helping businesses with social media and marketing.

Meanwhile, Mena and her husband settled in the Tower Lakes area of North Barrington (22 years ago), raised their three daughters, completely renovated the 1849 farmhouse they still live in, and became ingrained in all things “community.”

Even though she describes herself as a “reluctant leader,” others have thought otherwise. “I really am happy just rolling up my sleeves and organizing,” she laughs. She has ultimately assumed the role of president on most of the nonprofit boards she’s served: BJWC, Good Shepherd Hospital Auxiliary, Barrington Area United Way, and Barrington Noon Rotary. She helped found the St. Marks Parents Board and has also chaired some major fundraising events, including the annual JourneyCare gala.

“Many hands make light work,” she adds. “We’ve been able to accomplish a lot with a lot of our socializing happening around Barrington charity events. That’s the nice and unique thing about this community, if you have time or treasure, there are so many charitable causes open to everyone, and it’s a way to get involved and give back to community.”

In fact, it was her desire to communicate these opportunities to younger people and families new to the area that prompted Mena to establish Living60010, her local online source for all goings on about town, including opportunities to get involved in nonprofit, charitable organizations.

“We built living60010.com initially to help charities; because we saw a reduction in new volunteers,” she explains. “Young people weren’t subscribing to traditional local news outlets, and this was a way to reach them and draw them in.”

Her husband happened to run a boutique ad agency that works on branding, marketing, and websites, so he helped launch the platform. Over the past five years, it has developed into a daily online news publication.

“We have amazing advertisers and loyal followers from the area,” Mena says. “We are careful not to post anything negative or sensational,” Mena says. “Everything we publish must be aspirational, educational, and informational.”

In addition to her full-time job as owner and editor-in-chief of Living60010, Mena has recently shifted a lot of her charity- work focus to Rotary. “They are local and also international,” she says. “I want to help in other places outside of the community, too. 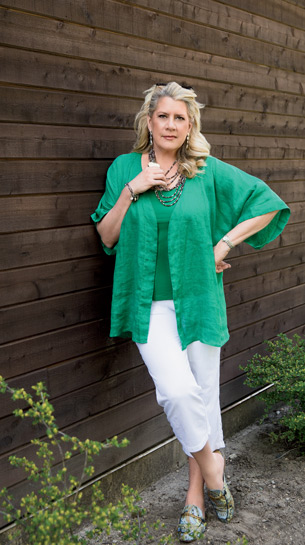 With the Noon Rotary club just wrapping up projects in Kenya, supporting students who go to school there in a number of ways, according to Mena, “We are starting a partnership with another local charity to help special needs children in Latin America; I’d like to help move the needle with children in other areas. We do so much here, and I know that we can raise money for both.”

Mena is particularly enthusiastic about duplicating a program that has been successful in Ireland and England. “They plant crocus all over, and every spring the area lights up purple,” she says. This fall, Noon Rotary will be selling purple crocus bulbs (which happens to be the color of polio prevention). “You don’t always have to come up with a new idea, and proceeds of this will go toward Rotary’s effort to end polio,” she adds. Plus, Mena loves gardening. She and her husband have an organic vegetable garden, and they compost at home.

As if all of this doesn’t keep her busy enough, Mena has got some other items on her bucket list. “I’d love to finish two books in the works. My daughters keep encouraging me to continue writing a humorous parenting book,” she says. “Rey and I had a different approach to raising our girls, putting more focus on being kind and teaching our kids to take risks and fail early and often—so that when they get to be in their 20s, they won’t be devastated by their first failure.” And the other? She muses: “The other is a fictional novel about powerful women set in an area like Barrington…”

We have a feeling Chrissie Mena has a lot more to accomplish in her lifetime. Stay tuned.