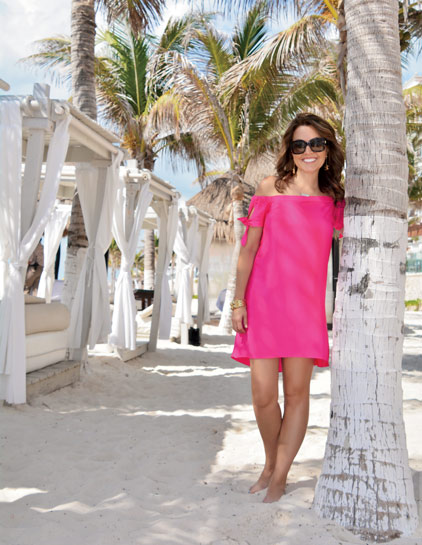 Andrea Wright’s childhood was anything but ordinary. The daughter of travel agents, she once spent a summer in Budapest, flew to London for high tea, and celebrated many birthdays in Hawaii and Mexico. She’s ridden a camel in Morocco, and starting flying solo with her sister at age 10.

For three weeks, her family once rented a villa in the Chianti region of Tuscany, enjoying a wine-soaked view from a 500-acre estate. They were experiences that not only stayed with her, but ignited something inside her that made her want more. 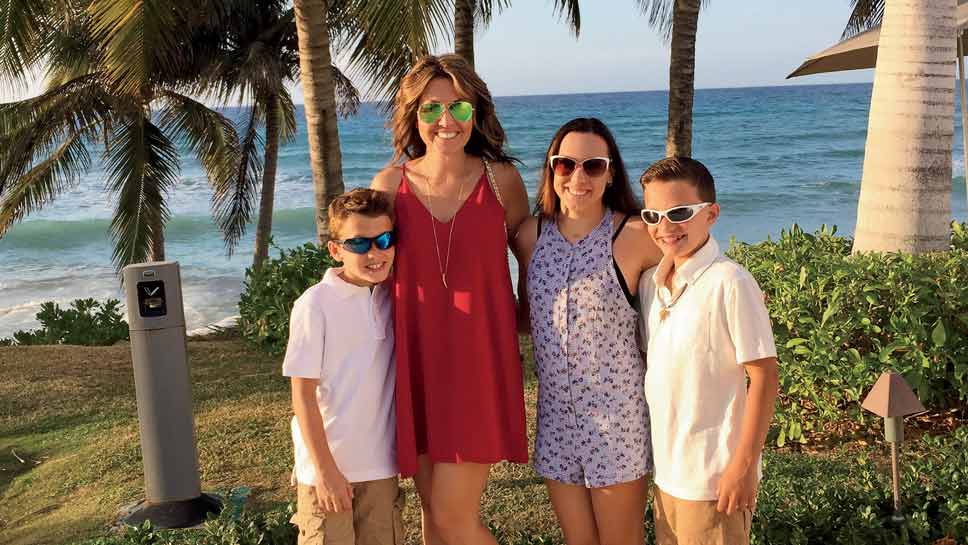 The Wright family enjoys fun in the sun.

“We toured all over Italy, seeing Rome, Siena, Pisa, and Florence,” says Wright, a longtime Barrington resident who now travels the world with her own children. “Travel is definitely in my blood. My parents Eydie and Tony owned Caravelle Travel Management. As one of the largest firms in Chicago, it allowed my sister and me and our family to see the world. We traveled several times a year as kids, seeing Mexico, the Caribbean, Europe, and learning about many other cultures.”

Her family moved to Barrington when she was 18, where she finished high school and met Jason Wright—whom she would marry, and then divorce, before reuniting again as life partners to raise their daughter and two sons. 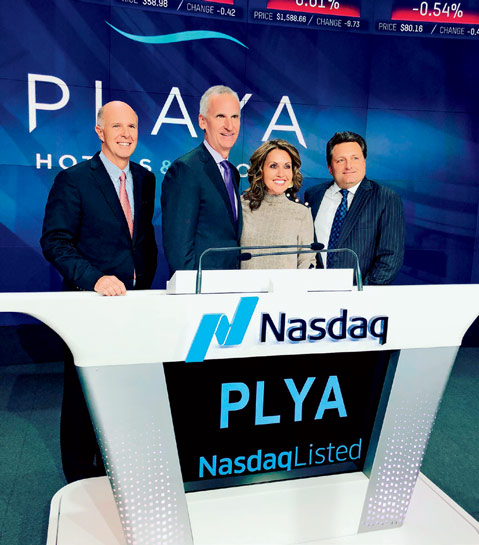 “After I graduated from Northern Illinois University, I worked a while in the family business, but my mom encouraged me to go and do something on my own. She felt that I needed to pay my dues, and learn to work for someone else,” says Wright, explaining that her mother Eydie Major is a self-made millionaire who started her business at age 30 and owned one of the largest corporate travel firms by age 40. “She taught me everything I know and showed me how I could be a successful businesswoman and still be an incredible loving mother and be at baseball, dance recitals, field trips, and cookie exchanges. She’s always supported me and been so proud. I’ve learned so much from her. Watching her as I grew up, I knew I could do anything.”

And that’s exactly what’s she done, working in pharmaceutical sales before moving back to Barrington and starting a family.

“After Jason and I had our daughter, Alex, I stayed home to raise her. When I was looking to get back into work, I decided I would work from home in the travel field,” says Wright, who joined Club Med as a business development manager, covering eight states. “I took that territory from being the worst producing territory to the best at more than 132 percent to goal. I loved what I did and it showed.” 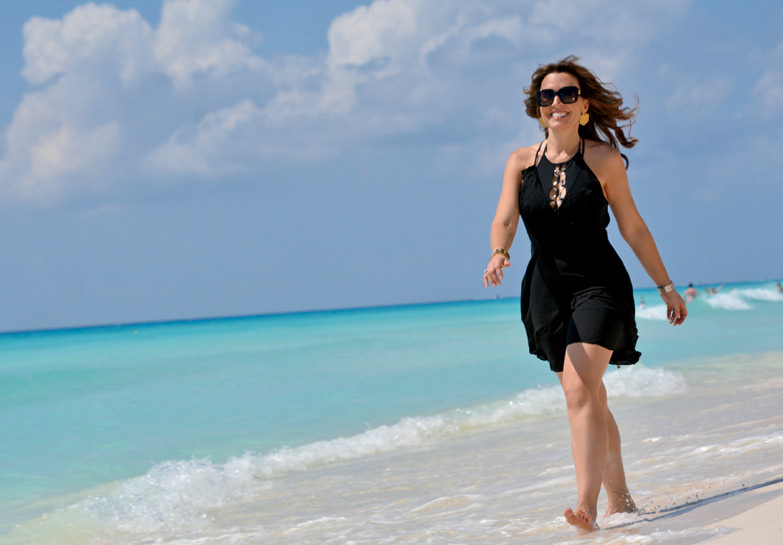 When Josh and Brady came along a few years later, she took another break from her career until the youngest went into first grade at North Barrington School.

“I then went back to Club Med covering the same area. After two years, I was called to come work for Playa Hotels and Resorts, a new hotel company that owns and manages all-inclusive properties in Mexico, Jamaica, and the Caribbean—including the most luxurious of all, the Hyatt Ziva and Zilara.”

After working as business development manager for seven months, she was promoted to the U.S.A. Director of Sales for the company, overseeing a team of 14 people. When the company went public last March, becoming the first all-inclusive resort to be traded on NASDAQ, Wright was the one who rang the bell on Wall Street.

Today, she balances a happy, successful career with motherhood and life in Barrington, often dividing her time between sandy beaches and life at home.

“Jason and I have made a beautiful home for our kids and I couldn’t do any of this without his amazing support. I’m also grateful to my family, neighbors, and friends for all the time they’ve helped me when I’ve been out of town. It truly does take a village to make it work,” she says. “When we moved here in 1986, it was important to my parents that my sister and I belonged to a great, safe community—a place to raise our kids and have good schools. We found it, and we never left. My sister and husband and their two girls also live in North Barrington.” 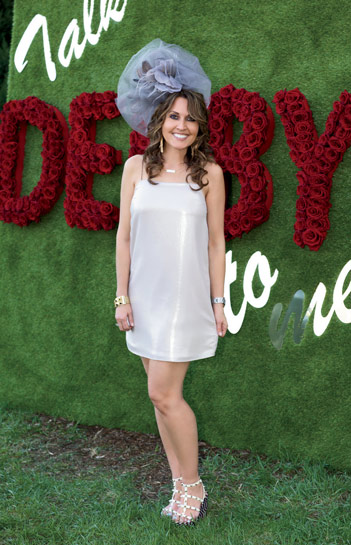 Andrea Wright flew home for the Derby Party but then it was right
back to work at La Playa.

As glamorous as life can be jetting around the world, Wright says she cherishes simple moments with her family (and dog, Jovie) in Barrington. Brady and Josh are students at Barrington Middle School’s Prairie campus and Alexandrea graduated from Barrington High School and is now following in her mother’s (and grandmother’s) footsteps by pursuing a career in hospitality. She and Jason are very involved in their sons’ sports as well as causes they care about in Barrington—including Barrington Children’s Charities Foundation.

“I can’t do every social event that I would like to when I’m home so I pick and choose. Kids always come first and where I love to spend most of my time. They are growing too fast. When I do go out in Barrington, you will often see me at the Holly Ball or the Derby Party to support my long-time good friend Darby Hills,” says Wright, who flew back into town recently just to attend this year’s Derby event. “Because I travel so often for work, and entertain at night, I love being home having family movie night and just relaxing.”

While there are challenges to being a working mom, Wright says it’s all worth it in the end. She, Jason, and their children have seen the world and experienced things they would have never seen without her job at Playa Hotels and Resorts. She’s also proud to be creating the same kind of extraordinary lifestyle her own working mother created for her.

“The best part of my job is showing the world to my children,” she says. “They have traveled all over, tasted different foods, met different people, learned new languages.” Josh and Brady Wright have even started a new “career” as Instagram influencers for Playa Hotels and resorts, sharing their travel adventures on Instagram as the “Wright Brothers.”

At the end of the day, Wright says she lives her life the ways she advises others to live theirs.

“My favorite saying is that if you choose something you love for your career, you never have to work a day in your life,” she concludes. “I live it every day.”