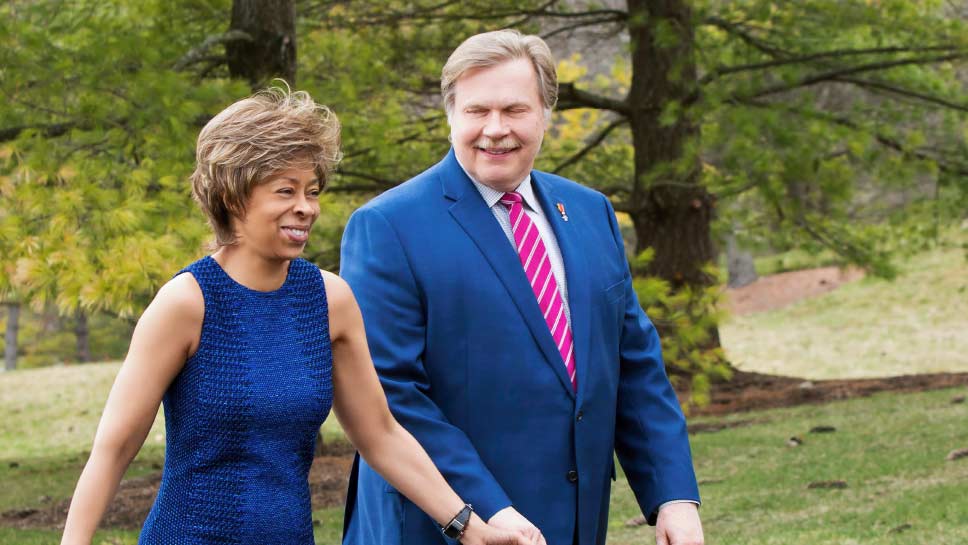 If a knighthood decree from Lithuania impresses you, delving deeper into the accomplishments of Dr. John Prunskis and his wife, Dr. Terri Dallas-Prunskis, might leave you in awe. We sit down with the Barrington Hills couple to learn more about their life’s work. PHOTOGRAPHY BY ROBIN SUBAR

The life story of Dr. John Prunskis and his wife Dr. Terri Dallas-Prunskis is the stuff of an epic novel. The only challenge is where to begin. The obvious place would be right at the beginning—John growing up in Chicago in the 1960s, the son of Lithuanian immigrants who attended Lithuanian school on Saturdays, and didn’t hear spoken English until kindergarten. His parents, both refugee physicians, spoke only Lithuanian at home to honor their homeland’s heritage (and in defiance of the Soviets who deported their parents into Siberian slavery).

“Lithuania was an abstract concept to me when I was 5 or 6 years old, but essentially the Soviets turned Lithuania into one big prison,” explains John. In addition to receiving the Knight of the Order of Merit bestowed by the President of Lithuania for his professional and philanthropic contributions to that country, Dt. Prunskis is also an award-winning Barrington Hills physician. He is co-founder and medical director of the Illinois Pain Institute with Terri—a fellow physician who he met 32 years ago during his post residency fellowship at the University of Chicago.

That romance alone is another contender for a compelling opening narrative—two brilliant young physicians working together, pushing each other intellectually, and driving forth on a mission to become healers and innovators. They were colleagues; they were friends. Then they dated for six years, and (as it sometimes happens) they were engulfed in spontaneous combustion. They fell in love for life, marrying in 1991. “I have affection for many things, but the word ‘love’ I reserve for her and my children” he says.

But if we are going for impact on a global scale, as any epic novel should, then the focus must be on the visionary work the couple is doing to study how the human body can heal by replicating its own tissue.

With eight clinics across the region under the Illinois Pain Institute banner, 75 medical professionals, a spinal surgical center, and The Regenerative Stem Cell Institute, the Drs. Prunskis runs what is considered the largest and highest rated pain management practice in Illinois. 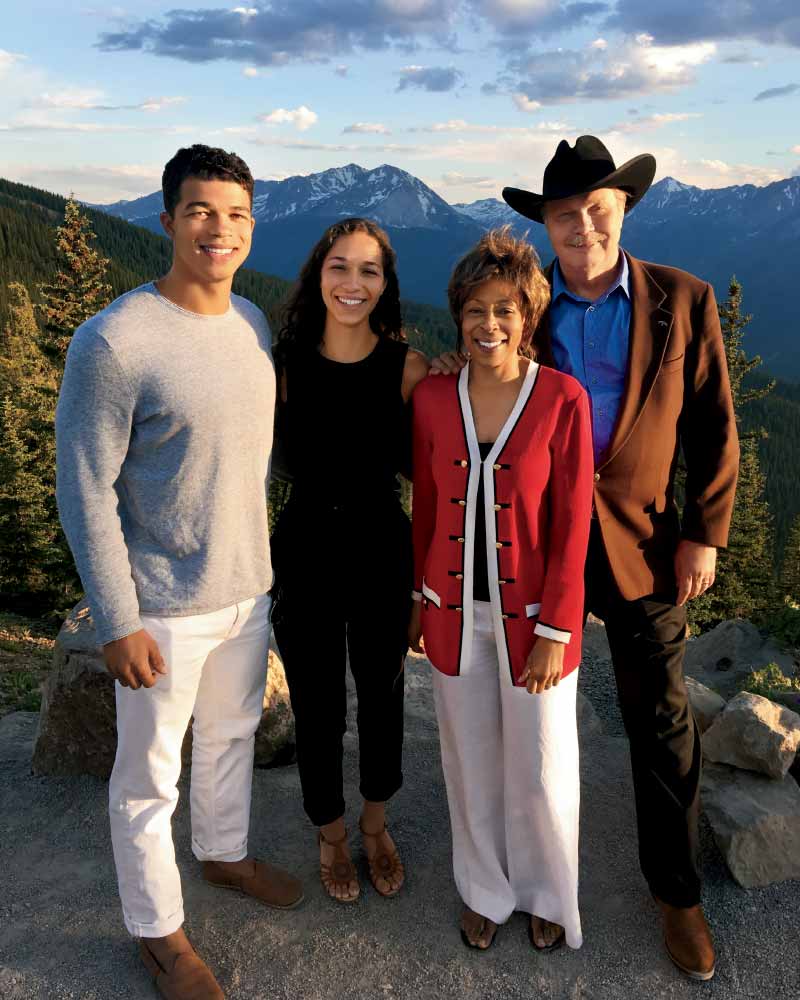 “I have seen results with stem cell therapy that I would not have believed if I hadn’t seen it,” John says. “I have seen effects on everything from cerebral palsy to lost eyesight, joint problems to heart attack, stroke to Alzheimer’s, concussions to neuropathy “

Because of this innovative work, the couple’s influence stretches all the way from their Barrington Hills home to European and South American capitals.

In a medical specialty that’s often awash in opioid drug over-prescription, they have built and refined systematic interventions that pull patients out of drug dependency while treating the underlying cause of pain. Their goal is to fix what is wrong without using pain pills to mask the cause.

Even more impressive is that the couple became advocates for this movement long before the use of opioids was at crisis level. At every seminar, medical summit, and professional debate, Drs. John and Terri Dallas-Prunskis were there to warn pain doctors, government officials, and enthusiastic industry lobbyists against it. STAT, a medical technology watchdog, says 500,000 Americans will die from that opioid crisis over the next decade—100 per day. The death toll has not crested, and shows no signs of slowing despite a national debate about it. John says they now witness the effect of their ignored warnings, routinely seeing patients who are addicted to painkillers. 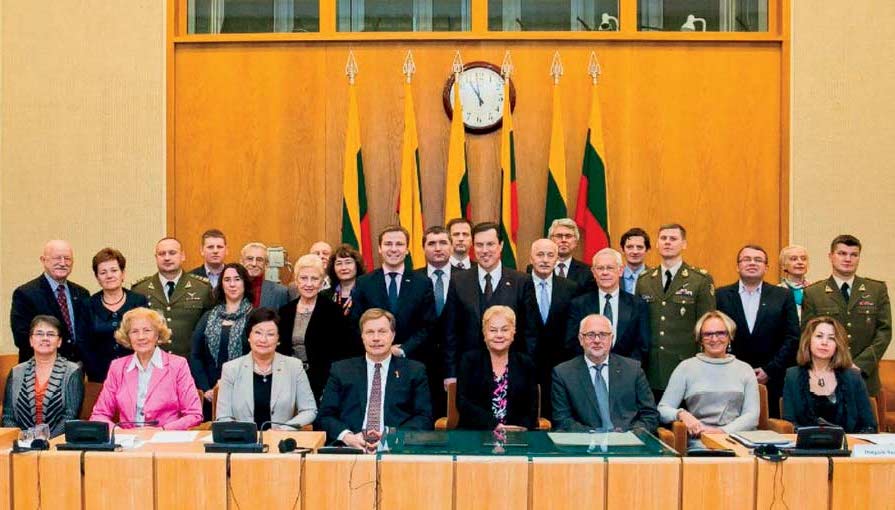 Slowly but surely, their work and efforts are catching on worldwide. Dr. John Prunskis received the Castle Connolly Top Pain Doctor Award as voted by his colleagues, an unprecedented nine times, and has also been listed as a Top Doctor in U.S. News and World Report.

And of course, these achievements and the couple’s shared brilliance have filled their life with meaningful moments outside the medical practice that connects them to their roots and help nurture a culturally blended family right here in Barrington Hills.

The Prunskis children, Owen and Kristin, both learned to speak Lithuanian in years of mandatory weekend Lithuanian school. Meanwhile, John and Terri have found time for their own personal causes.

John’s knighthood in Lithuania, for example, is less of a glitzy royal appointment than a reward for his multiple years of advocacy (through three administrations) in his parents’ homeland. Never mind that it’s also well earned. One example of his success is that he: badgered, cajoled, pressured, seduced, and eventually convinced Lithuania’s government to permanently commit two percent of its gross national product to North Atlantic Treaty Organization (NATO) military defense. That means Lithuania is a trusted partner with the USA and other NATO countries in defending from potential aggressors such as Russia.

“There is no going back now. Members of the Lithuanian Parliament asked me ‘John, why do you keep bringing up this NATO issue?’” Prunskis recalls. “I told them Lithuania has to honor the terms of the NATO alliance for its share of defense. Lithuania now is the eastern edge of an alliance that stretches all the way west to Hawaii. If someone attacks Hawaii, it’s an attack on Lithuania, too.”

Terri had her own personal mission—discovering the triathlon at age 50, and founding the Let’s Move Elgin 5K charity run as a method to focus on childhood fitness. Then, after learning that 725 students in the school district were essentially homeless for part of the year—a number that will rise to 1,000 by the end of this school year—she and Let’s Move Elgin have adopted the kids as wards of the community. She is the chief organizer of helping Elgin’s homeless kids and their parents work through multiple issues. 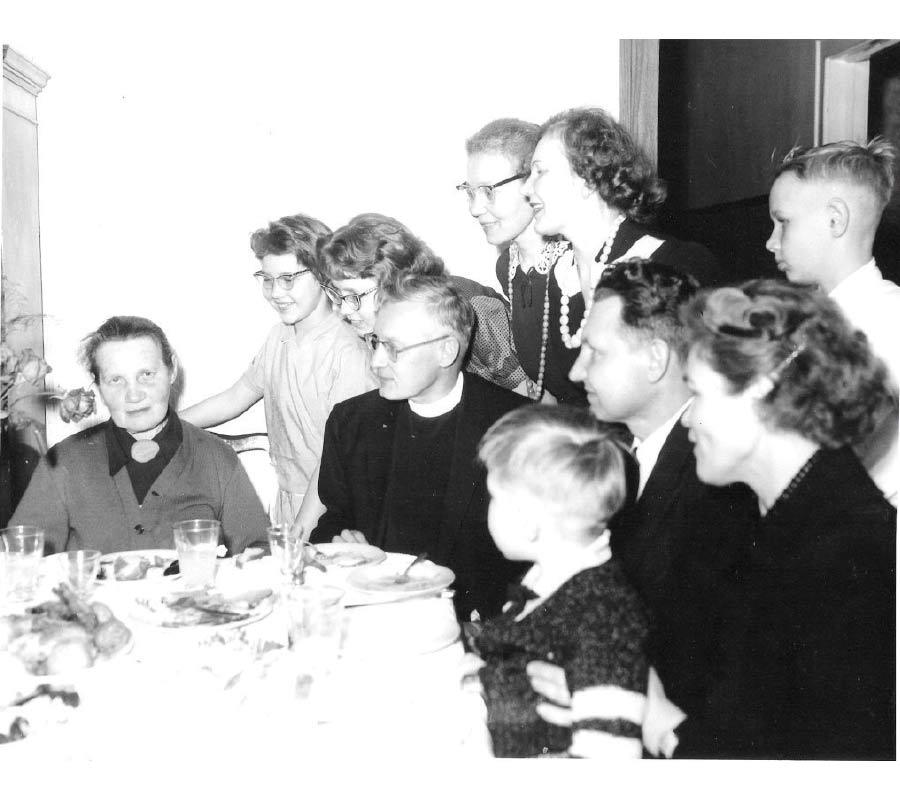 Then there are the kids—Owen and Kristin Prunskis—who have turned out exactly as you might imagine.

Owen, now 25, perfectly aced his ACT college admission test with a score of 36, at Barrington High School (BHS), then fast-tracked through Harvard University’s bachelor and master’s program in applied mathematics. He recently gave up life as a budding Wall Street financier, and returned home to help his parents run the flourishing medical practices.

“This is an amazing mission my parents are on, and I decided there was a more powerful way to help people,” he says of that decision.

Is this where the novel ends, or is it just beginning? Perhaps there is a sequel.

Kristin spent the year in Peru after graduating from BHS. She volunteered to work door-to-door, human-to-human on educating impoverished mothers about the importance of good nutrition and a healthy lifestyle. Their lives and their children were personal to her. Then she was admitted directly to the medical school where her mother, Terri, annually comes to lecture and teach. Kristin will be graduating from medical school in 2020.

It’s in Lithuania. Of course it is.

“Hey, she did it strictly on her own,” says John.

In the Prunskis universe, no one gets left behind. And no one forgets.