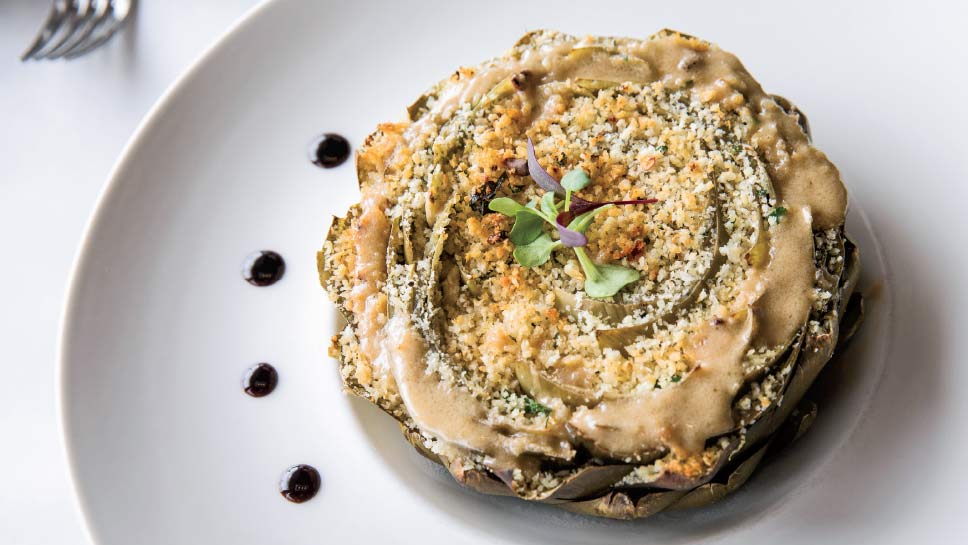 All hail Roman chef Massimo Gatto as he returns to South Barrington. PHOTOGRAPHY BY ROBIN SUBAR

It’s a relatively rare occurrence, but every so often—mostly when you least expect it—you encounter a meal so unexpectedly satisfying it pries open wizened, rusted-over memories from your childhood. Good food, after all, can do that. Make you feel young again: Awaken your inner 9-year-old and push you to eat—and keep eating—until you’ve busted through a belt loop or two.

That’s the sort of experience executive chef Massimo Gaffo is dishing up at Incontro a Tavola at the Arboretum in South Barrington.

Maybe it’s because Gaffo was born in Rome and my grandmother was a straight-off-the-boat Neapolitan, so I know what this kind of food should taste like. Maybe it’s because Incontro’s menu looks, at first blush, like every other red sauce Italian restaurant but winds up being so much more. Or maybe it was one too many sips of the house’s pitch-perfect orangecello, but Incontro captures the spirit of the Italian table with an authenticity that few spots in the suburbs can match.

In typical Italian style, almost every dish has a great backstory. Take one of Gaffo’s showstopping specials—a tangled nest of vodka fettucini crowned by a giant broiled lobster tail.

For 12 years, Gatto experimented with every imaginable flour until he came across one—Sogno Toscano—that yields the kind of firm al dente bite you rarely find in fresh pasta. It’s set in a deep red tomato sauce that’s as thick as chowder yet captures the briny goodness of a cioppino. 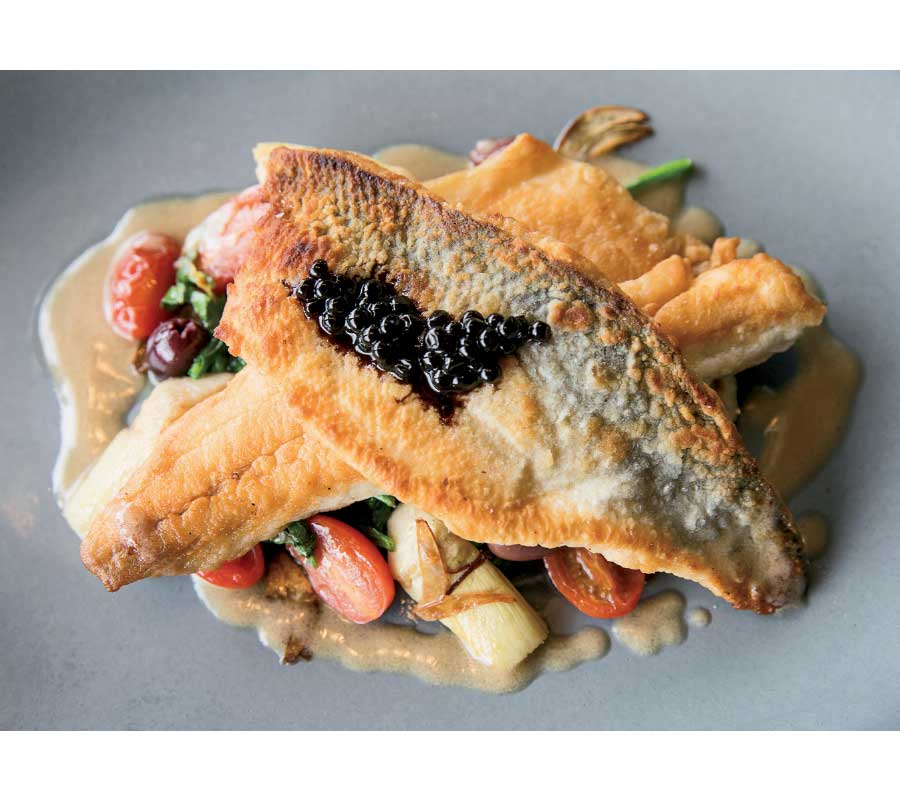 Seafood is a house specialty, in part because Gatto moonlights as a roving spokesman for the Fulton Fish Market in New York. His grilled octopus—sourced from Spain—gets spritzed with lemon juice, then glazed with a tangy blood orange sauce in a Sicilian-worthy nod to the power of citrus, which is further amplified by a cold bruschetta-worthy salad of tomatoes, artichokes, and fennel.

Serving sizes tend to be huge. His giant grilled calamari—just lemon and a slight char—look like they were big enough to wrestle Godzilla. You could play a game of 16-inch softball with his Roman artichoke—stuffed with breadcrumbs and ladled with a golden-colored balsamic beurre blanc. And then there’s the manicotti: green sleeves of spinach pasta, stuffed with ricotta and burrata, and topped with mozzarella. The result is a cheese plate in pasta form—gooey, crumply and buttery with a nuttiness that never gets overwhelmed by a sweet tomato sauce.

It was Gatto who helped conceptualize Incontro’s menu three years ago, but he was too busy working as a restaurant consultant to be there on a daily basis. Eventually the commute from his home in Palatine wore thin, so he took over full time in Incontro’s kitchen in late 2017.

Chat with Gatto and you’ll find he’s chasing perfection. He wishes he could source the giant purple artichokes he ate in Rome as a child. He says he’s asking Santa for a couple new molds for his Impasta Mix pasta machine. And he holds an almost holy reverence for his mentors: the Michelin-starred Italian masters, Davide Oldani and Gualtiero Marchesi.

Thus what appear to be a familiar dishes tend to taste magical in Gatto’s hands. Order the gnocchi and you’ll fine a thick slab of short rib that’s been braised so long you can cut it with a toothpick. And then a real delight: two perfectly crisp branzino filets topped with a textbook beurre blanc spiked with olives, tomatoes, and basil and then gilded with little pearls of balsamic for a touch of sweetness. 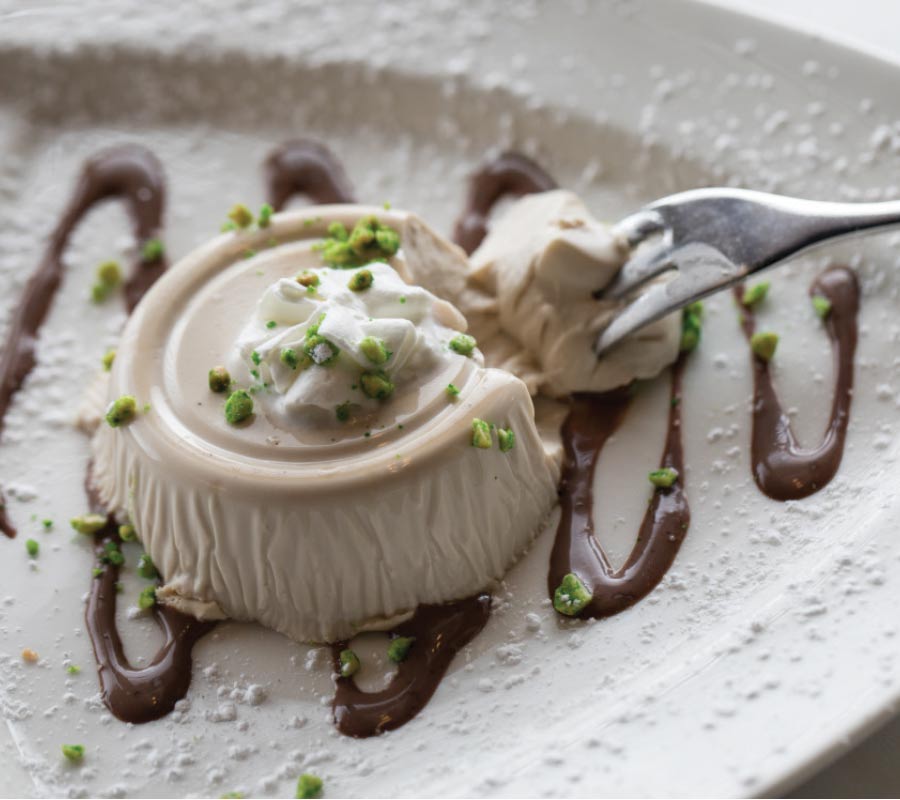 It takes serious finesse to meld all these flavors together, but in the end you get a shining example of French-Italian harmony: sweet cream meets big brine, French delicacy, and Italian forwardness.

In the end, the can’t-miss dessert is the house panna cotta—whose flavor changes depending on the season. Our espresso version was as smooth and creamy as gelato with a classic Dean Martin wobble. It’s that spirit of authenticity that not only graces the entire experience but invokes memories, for me at least, of grandmothers and Italian meals long gone but never, ever forgotten.