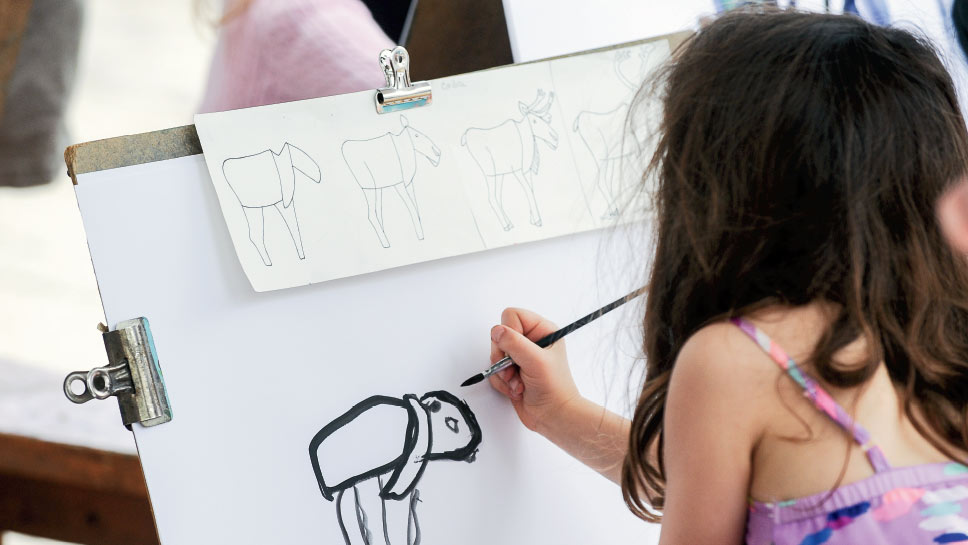 The streets of Barrington will be transformed Memorial Day weekend as the 9th annual Barrington Art Festival returns.

There is always a moment during the setup of the Barrington Art Festival in which Amdur Productions President Amy Amdur stands back and finds herself in awe of what she and her company have helped to produce.

“I love that point where the area is transformed from empty streets to an exciting art marketplace,” explains Amdur. “There is nothing like it.”

The 9th annual Barrington Art Festival returns on Memorial Day weekend, showcasing the gorgeous works of more than 130 juried artists, including exhibitors from the Barrington area. 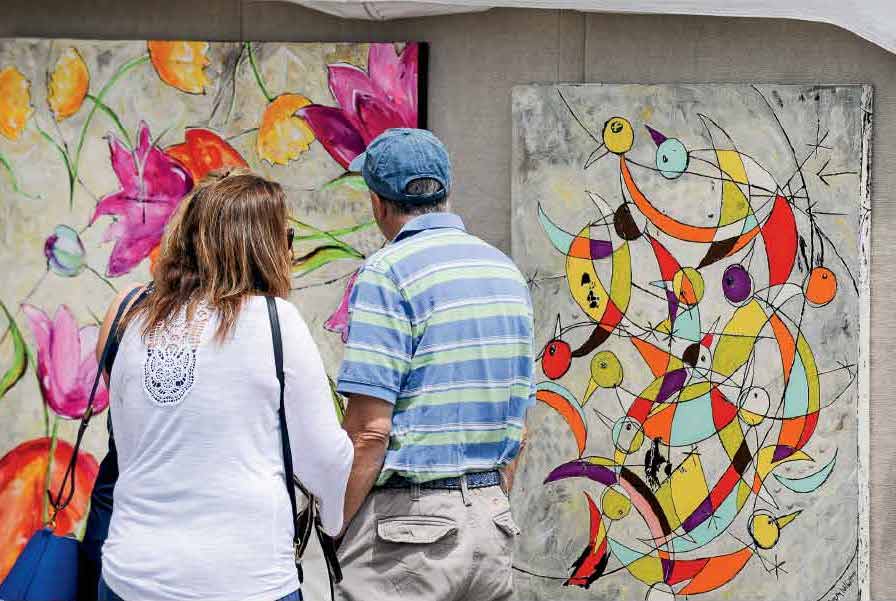 “Carla Bank is one of the local artists you must see at the festival,” says Amdur, whose company has also organized some of the country’s most prestigious juried art festivals such as the Gold Coast Art Fair, the Port Clinton Art Festival, Millennium Art Festival, Artfest Michigan Avenue, and the West Loop Art Fest. “Her work is ever-changing. She is currently working with poured paint on her canvas so that lines of color cover the piece edge-to-edge.”

It’s been a real journey for the festival, as it has has often found itself competing with the countless other activities taking place in the local area during the summer months.

“The first years of the festival were about creating an event that the community could feel was their festival,” explains Amdur of the event, which will also feature great food from local restaurants throughout the northern suburbs. “We carefully curated the mix of artists so that there was something for everyone—from traditional to contemporary and from small to large. As the years have gone on, the festival has taken on its own personality with artists who have developed a following. New artists apply now based on the wonderful reputation the festival enjoys locally, regionally and nationally.”

Despite the event’s popularity, it has evolved over the years, often taking cues from suggestions that come directly from festival patrons.

“Over the years we have tweaked the layout,” she says. “We now have openings at all the storefronts and we have moved certain areas around. We annually add new features of the festival to keep things fresh and interesting for those attending.” 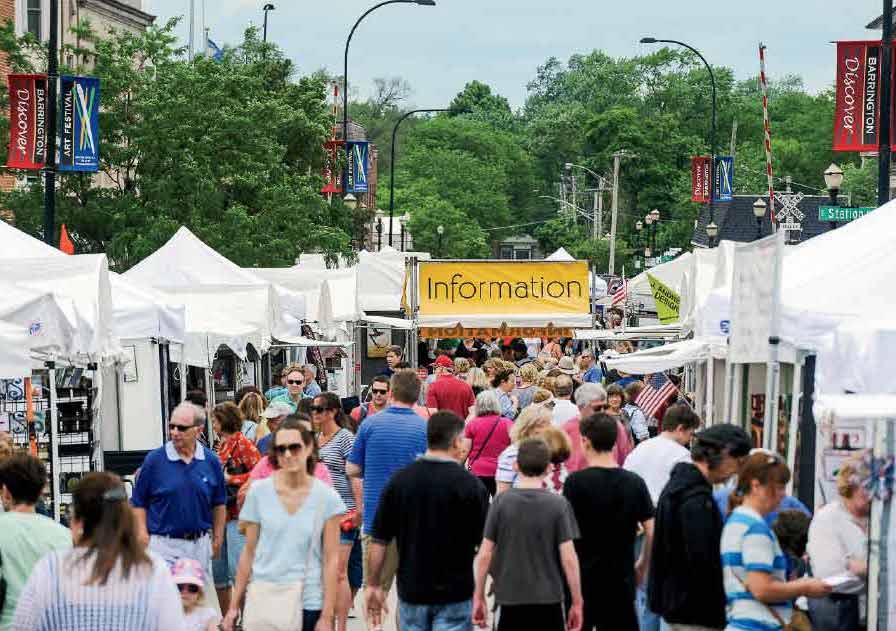 The festival has also grown to includes such kids attractions as art fest bingo, spin art, coloring, and a graffiti wall. “We look to create an entire experience,” says Amdur of the event, which will also feature live music from long time Chicago-based acoustic band Cirrus Falcon. “Music, for example, adds to the atmosphere and gives people a chance to sit and rest while at the fest. We want families to feel comfortable attending, so the youth art area is a natural way to give families a destination at the fest.”

Through it all, the town of Barrington has done much to support the festival.

“Barrington Economic Development Department Director Peg Blanchard has been great to work with, as has all the village staff past and current,” she adds. “We work cooperatively to make this a great event. The village’s commitment to the festival, including the public art purchase program, is a way that the community can enjoy art year-round.”

This year, the festival will also showcase the enduring partnership with Barrington via the Barrington Hands Together Mural Project.

“We are doing it for the first time this year,” says Amdur. “On Saturday and Sunday from noon to 1 p.m., residents will be asked to stop by the festival and paint a square of their hand. We will also be launching the Barrington Landmark Photo Content, in which the community is invited to take a photo of their favorite landmark and email it in. The winners will then be exhibited and announced at the festival.” 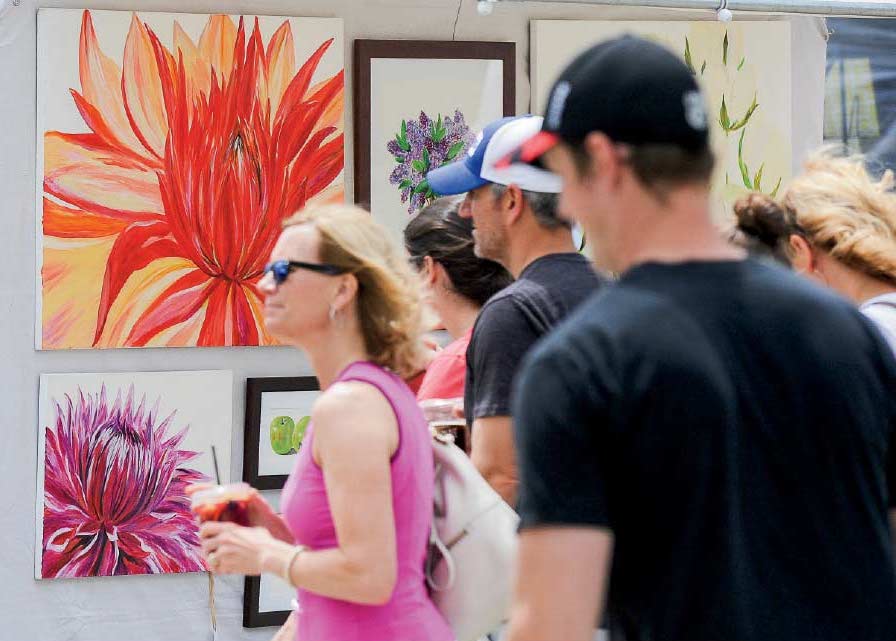 Come 2019, the event will celebrate its 10th anniversary, and Amdur says it will come with its share of surprises. “We are always busy planning,” concludes Amdur. “Right now our attention is 100 percent on this year’s fest, but yes, we will have some great surprises for the 10th anniversary.”

The Barrington Art Festival will take place over Memorial Day weekend, May 26 and 27 from 10 a.m. to 5 p.m. along Cook and Station Streets in downtown Barrington. The event is free to the public. There will also be free parking available. For more information, please call 847-926-4300 or visit amdurproductions.com.