If you ask most people why they moved to Barrington, you’re likely to get similar responses. For some, it’s the wide, open spaces and fresh air. For others, it’s the stellar schools and family values. But for long-time residents like Todd and Sarah Creviston, it’s all about the golf and a strong community lifestyle.

This power couple relocated to Wynstone more than a decade ago and have found their home in this elegant community.

“Our first impression was how peaceful the neighborhood was as a respite from our weekly travel schedules and commutes,” says Sarah, Vice President and Global Head of Patient Advocacy and Public Affairs at Shire, a global biotech company. “We also loved the athletic facilities to stay healthy and play golf together.”

They have an enviable story. 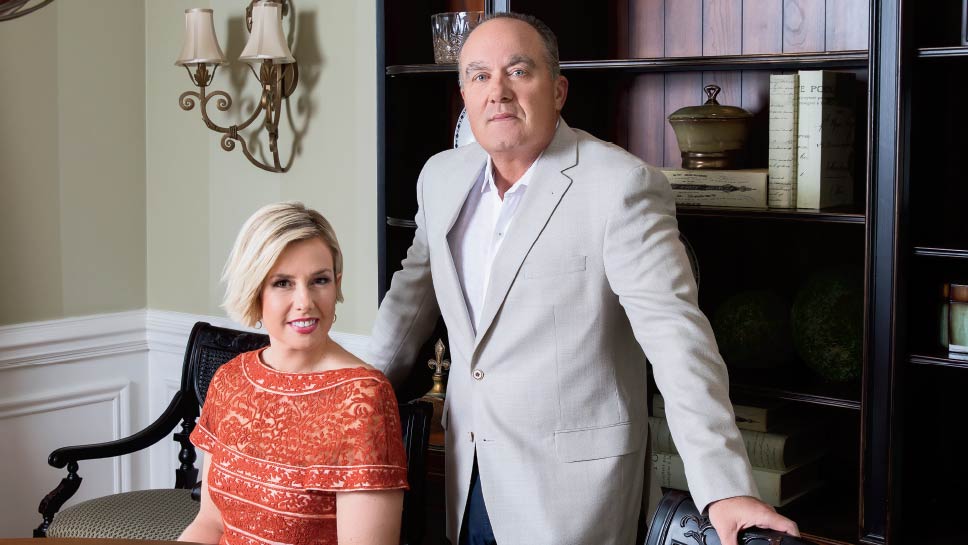 Todd and Sarah Creviston have made our vibrant Barrington community their home. We stop by for a glimpse of what life is like for this power couple. PHOTOGRAPHY BY ROBIN SUBAR

She grew up in Jacksonville, Illinois, west of Springfield, the daughter of a U.S. Marine and Korean War veteran. Her mother was one of five sisters and graduated from the then all-woman’s MacMurray College, where she also served as a trustee.

“She taught elementary school for 32 years and was an Illinois Golden Apple Award winner,” says Sarah, emphasizing that she comes from a family of strong women. “My faith and love of science, nature, people, and service came from her.” 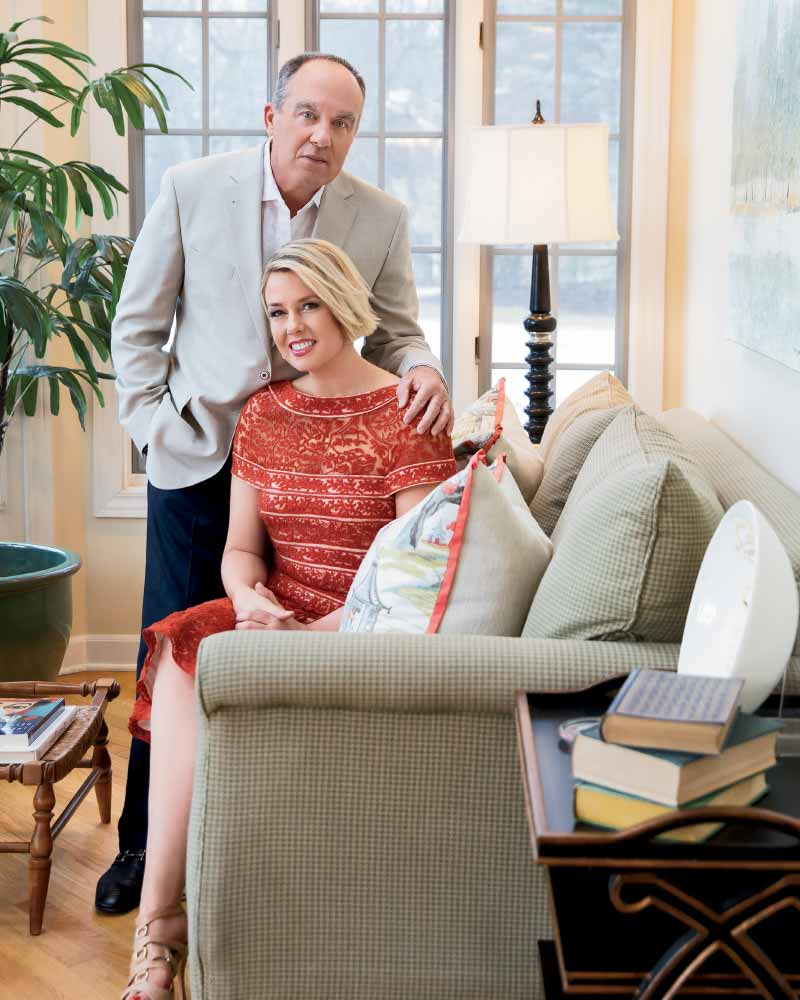 Meanwhile, Todd grew up in Springfield and attended Missouri Military Academy in Mexico, Missouri—graduating as a Company Commander and second in his class. Like Sarah, his father was also a veteran, retiring as Command Sergeant Major after 35 years of Illinois National Guard service. His parents were also entrepreneurs, each owning their own businesses—his father a medical equipment leasing company and his mother a Merle Norman cosmetic studio.

So, what brought these two American kids together, in the heartland?

“Growing up close to Illinois state government, during college I had the opportunity to serve as a summer intern for then Secretary of State Jim Edgar and Governor Jim Thompson,” explains Sarah. “It was during my last summer internship with Governor Thompson where I met Todd who had just started his career in state government. We talked easily, had strong interests in public policy, plus a love of sports.”

It was the perfect match for these two go-getters. By day, they would conduct business in and around the state capitol By night, they shared a love of sports In high school, Todd played on the football, basketball, and golf teams and Sarah—along with her identical twin Susan—were inducted into Jacksonville High School’s Sports Hall of Fame for volleyball in 2002. Golf quickly became their shared sport of choice. 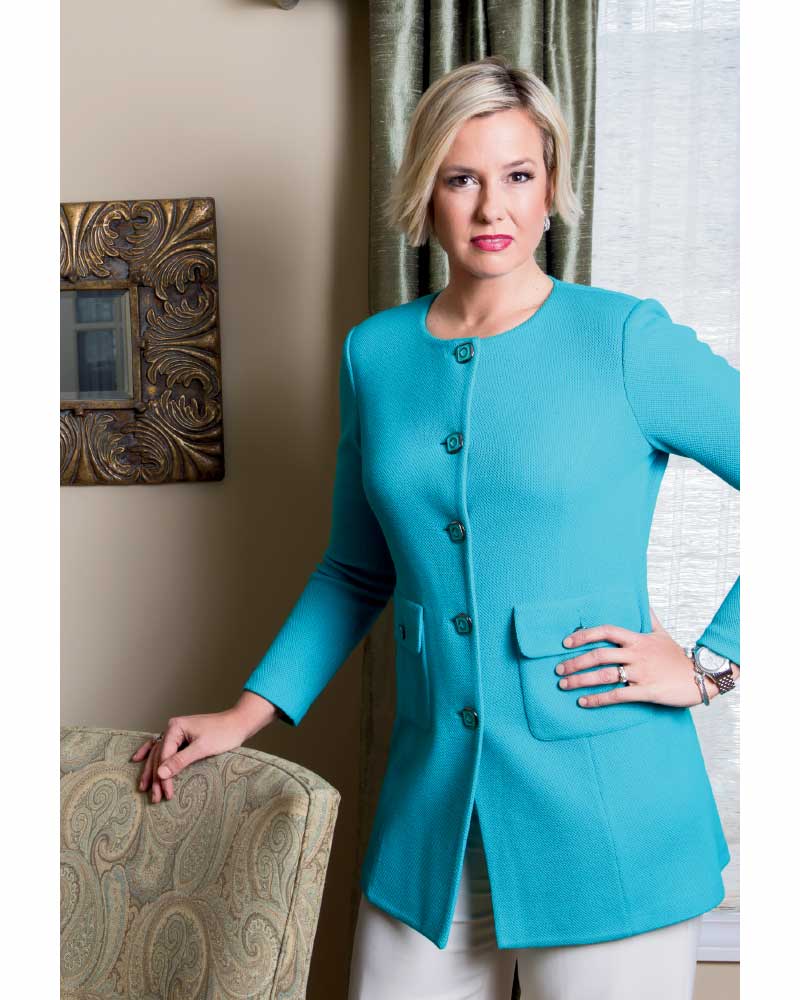 Today, in their spacious home situated on almost two acres at Wynstone, they enjoy the proximity to world class golfing facilities.

“When we were looking for a new neighborhood, driving into downtown Barrington reminded us both of our hometowns, and we felt at home,” explains Todd. “The many local businesses, the charm, the character of the people make Barrington a special place to live.”

The couple will celebrate their 30-year wedding anniversary in December and share their lives with beloved nieces and three little Shetland Sheepdogs (Shelties). Bailey, Juliette, and Redford love to run agility courses and bring the couple joy and laughter after their respective long days engaged in work and other projects.

Todd recently retired after working over 30 years in state government, first in human resources, and later in labor relations.

“I worked for six different governors through the course of my career and was part of the negotiating team for each of the five major union contracts on behalf of management,” he explains. This expertise makes him the ideal volunteer to serve on various committees to support the golf club at Wynstone.

“My undergraduate degree has a science background with an emphasis in chemistry. I began my career in public service at the Illinois Department of Public Health, and went to night school earning my Masters of Public Administration (MPA) from the University of Illinois, Springfield,” she says, when asked about how she landed in the biotech world. “After eight years working in government, I took a position as the Director of Legislative Affairs for a trade association representing major health insurers such as Humana and United. That is where I learned the business side of health care, and determined I also wanted to be an advocate for patients.”

This path took her to what is now the Glaxo SmithKline pharmaceutical company and soon after, Baxter International.

“For more than 14 years, I had the privilege to travel and build a global government affairs team working around the world—advocating for patient access to our therapies,” Sarah explains. “I now work with Shire Inc., the leading biotech company focused on patients with rare diseases. There are approximately 7,000 rare diseases and the majority are often severe and complex conditions. About half begin in childhood and many are genetic in origin. Around one in three children with a rare disease do not live beyond their fifth birthday. My team works with patient advocacy organizations and public policy leaders to develop programs and policies to decrease the time to diagnosis and create access for patients with rare diseases, like hemophilia or Hunters Syndrome.”

The passion for her work and industry is evident the minute you walk into the couple’s home. Sarah is also gaining attention around the world as a thought leader, as she was invited last October to speak on a panel at the World Economic Forum in New York, on the emerging field of Precision Medicine. 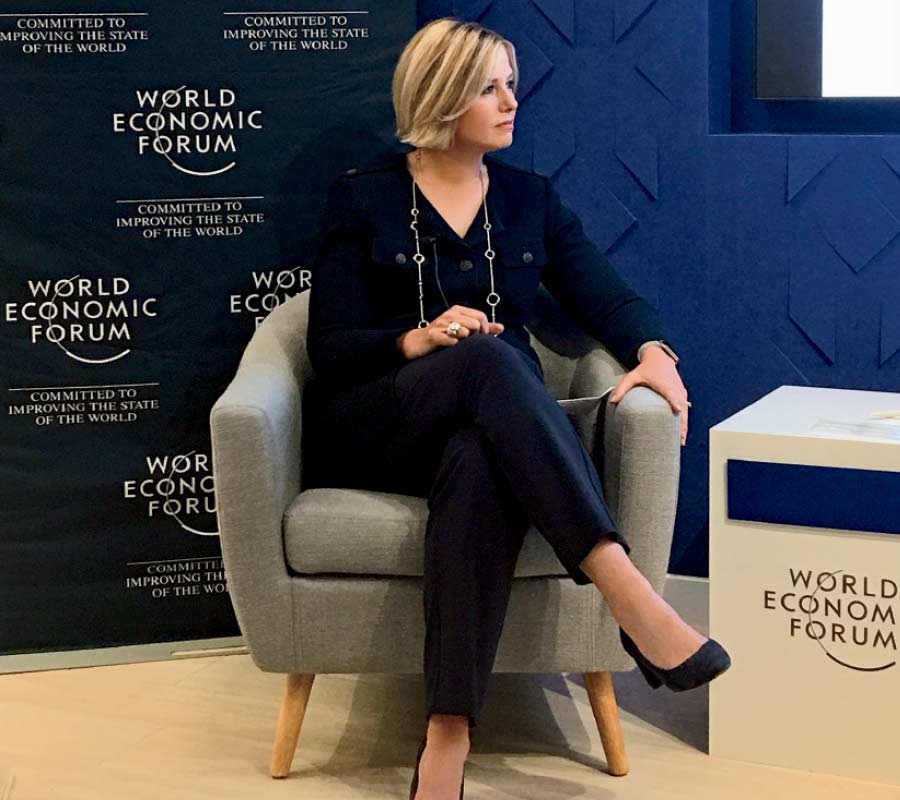 Sarah Creviston at the World Economic Forum in New York

“The Alliance for Regenerative Medicine—a national organization built to advance the understanding and accelerate the adoption of gene and cell therapies—also recently elected me to serve on their board of directors and executive committee,” says Sarah, adding: “I have found a career where I can be a part of innovative science, engage in public policy, and strive to make a difference for others at the same time.”

Together, the couple also strives to make a difference in their community. When not golfing together, playing with their dogs, or getting away for a long weekend in Charleston, South Carolina, Todd and Sarah are active with the Willow Creek Community Church.

“Our faith is a central part of our life and we support many of Willow’s community and global initiatives,” says Todd. “Willow provides a Community Care Center that offers groceries and children’s clothing for those in need, right on the Willow campus. We also support the Global Leadership Summit each year, to help train the next generation of leaders.”

They both feel honored to pay forward the opportunities that were given to them growing up in central Illinois in a big city suburb that has begun to feel just like their hometown.

“The best part of Wynstone is the people,” says Sarah. “We are truly blessed to have such caring friends and neighbors in our lives.”