From the moment she was born to the day she breathed her last, Katy Stenberg was one of those women that made an impression on people. She was feisty and loving and sweet and stubborn. She adored her husband, and her kids, and her grandkids with the most tender of hearts, but she fought cancer with an unwavering determination that had the dreadful disease shivering in its tracks.

She lived and she loved and now, her family is determined to find a way to let her spirit live on.

“In the fall of 1998, she picked me up from the airport and rather matter of factly told me that she has non-Hodgkins lymphoma,” quietly reflects Mark Stenberg, Katy’s son and the founder of Katy’s Angels, a nonprofit organization dedicated to supporting not only cancer patients, but also their caregivers and families. “I asked her right there in the front seat if I should worry. I mean, it was stage four and back in 1998, that was a death sentence. But she looked me straight in the eye and told me she was going to fight it. And I knew she would.”

Indeed, she would—soon heading to the Mayo Clinic the very next year to have an autologous stem cell transplant, which in effect left her body limp and unable to fight off any sort of disease. 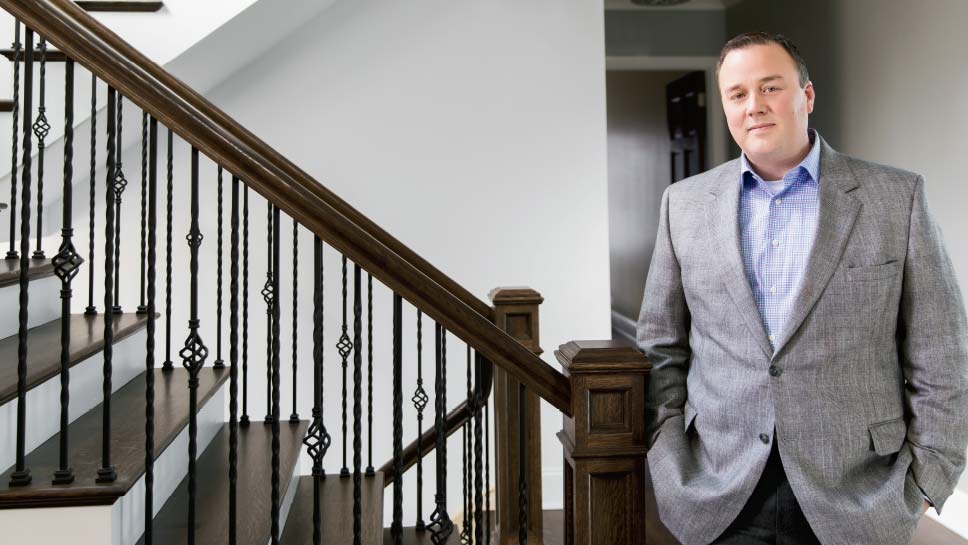 A Barrington woman’s memory is honored with a nonprofit foundation to support cancer patients and their families. PHOTOGRAPHY BY ROBIN SUBAR

“I remember walking into that hospital room and asking her again if I should worry, and she told me it was time to worry, which was a punch in the gut for sure,” Mark recalls.

Yet, that was not the time or place for Katy’s story to end. In fact, after the procedure, she went on to be cancer free for 16 years, allowing her to not only go back to work as a registered nurse, but also play a vital part in cancer awareness and research as part of the Illinois Leukemia & Lymphoma Society along with founding the Light the Night program in Rockford. And while Katy would eventually be diagnosed with MDS, which is essentially a bone marrow cancer believed to be brought on my past chemo treatments in the spring of 2015, those extra years after her initial cancer treatment allowed her to live a vibrant life with those she loved the most. She hugged her grandkids and attended countless baseball games, and danced with her son at his wedding.

“She got to attend my 40th birthday party, and she ate and drank the night away,” Mark chuckles at the memory that occurred just a few short months after Katy received another stem cell transplant in December of 2015 at the University of Chicago Hospital.

“She paid for it the next day, but it was if she was not only celebrating my birthday, but celebrating her battle and everything it had entailed.”

Yet, in July of 2016, Mark got one of those life-altering phone calls from his dad, informing him that his mom had spiked a fever out of the blue. Katy died on August 24, 2016.

Today, Katy’s Angels is on the brink of changing everything, as it will serve one of the very few nonprofits that benefits the caregivers who remain by the side of the cancer patient.

“Every cancer journey is different, and it’s far from a death sentence,” says Mark. “There is nothing like the relationship between the cancer patient and caregiver. They are as one person, one entity. Neither one can live without the other. There is a strain on both and we want to take some of that strain away.”

From paying for a hotel so the caregiver can stay close to their loved one to helping to provide childcare so they can stay during treatments, Katy’s Angels will help many, with 90 percent of every dollar going to those in need. “We are disrupting the system with this foundation, and my mom would have loved it.”

Mark pauses for a moment, and then continues.

“I don’t cry anymore,” he says quietly. “You might have never known my mom, but now everyone will now know her legacy.”

Katy’s Angels is based in Barrington Hills. Find out more by calling 773-294-6275 or visiting katysangels.org.