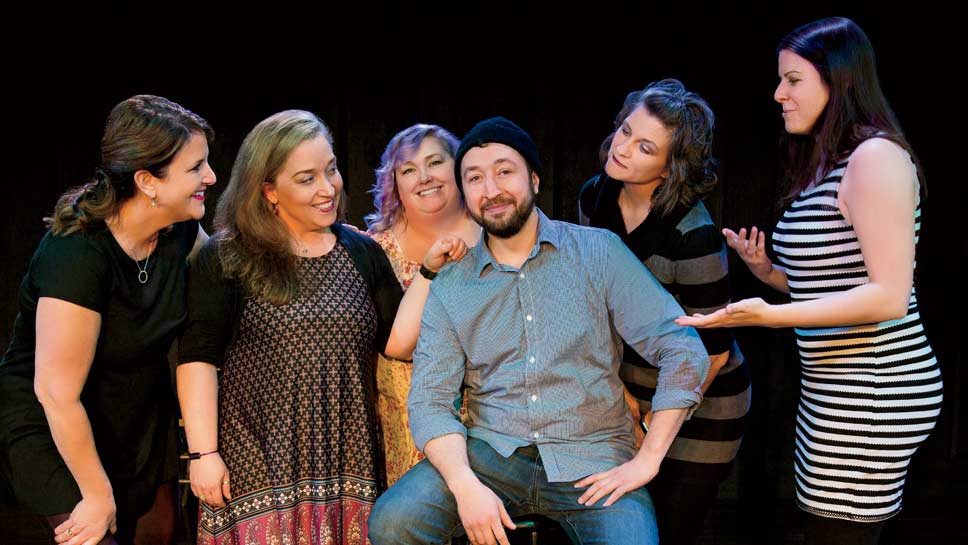 Ann Field stands stage right, hand planted firmly on hip, in character as a nurse tasked with rounding up a group of patients suffering from a fictitiously dreadful (but hilarious) affliction. Built on the slimmest bit of audience-provided info, it’s a scene Field and her Queen B improv cohorts create on the spot and handle with ease. Within minutes, they’ve launched the audience at Barrington’s Parker Playhouse from grins to full-on guffaws. And that’s just the start. In the next fast-paced hour, the Bs will dance, crawl, jump and jam their way through scenes with everything from opera singers performing arias in pseudo-Czechoslovakian, to a love scene with glue and yo-yos, to a crazy Sponge Bob dance, to Captain Crunch dying from a peanut allergy in a Las Vegas brothel. 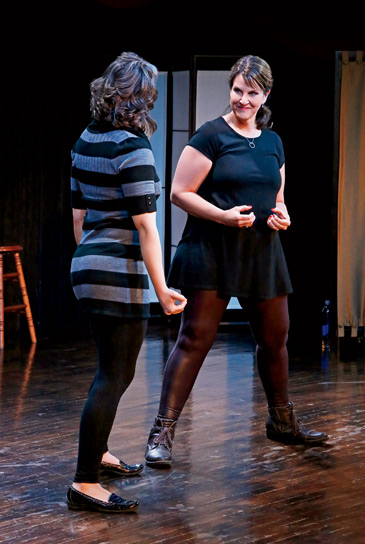 “Yes, we did do all that, didn’t we?” laughs Field, the 14-year Barrington resident who launched the Queen Bs with Molly Baerson, Alexa Hansen, Robin Jurkowski and Jane Kasper in 2013. “We have so much fun performing together, and that’s the by-product: crazy, off-the-wall fun stuff!”

Members of the Queen Bs met in 2009, while taking improv classes at Laugh Out Loud Theater in Schaumburg.

“Each B was taking the classes for a different reason,” says Field. “Robin and Molly signed up for classes as their girl’s night out; Jane was looking for a creative outlet. And I was actually going through a divorce and just needed to laugh, treat myself, build confidence, and have some fun.”

As the classes continued, it was clear that the synergy between the five women was something special—enough so that they decided to hire acting coach/director Guy Wicke and formally step forward as the Queen Bs.

There was some trepidation at the start.

“We were all so varied in our backgrounds and our comedic style,” says Jurkowski. “We didn’t know how the group would mesh. But almost immediately, there was this camaraderie—a sisterhood—and oh man, these women had me laughing so hard.”

In fact, the idea of an all-female troupe was unique and appealing. “There are so few all-women improv groups in the Northwest Suburbs,” says Field, “which is really a shame. In our experience? It’s been so empowering.”

“We felt like it was important to have an all-female group to showcase how magical it is when women come together and support the hell out of one another,” adds Hansen. “There’s nothing but love between us.”

“There is a serious bond between us that gives courage on stage,” agrees Jurkowski, “and it extends beyond that. We see each other through the trials and celebrations of life—just like a family.” 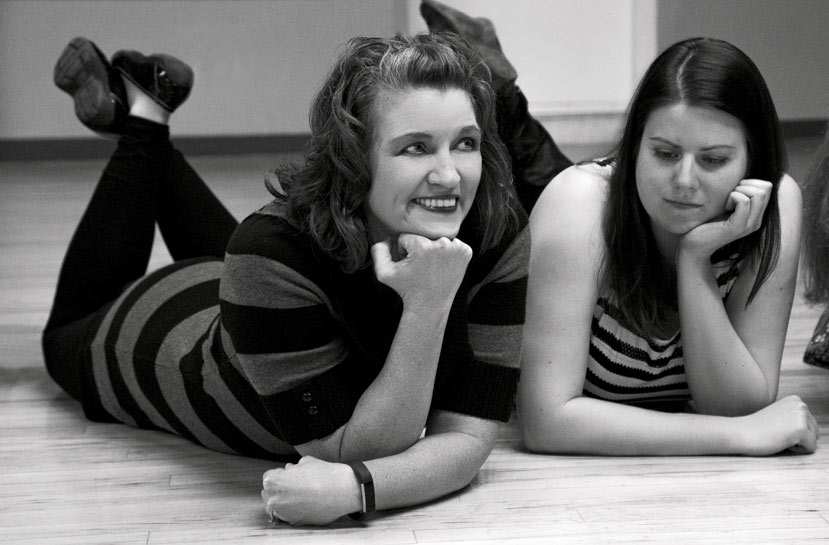 Molly Baerson and Alexa Hanson backstage before the show

With all the B’s based in the Barrington area, and Ann Field serving on the board of Barrington’s Parker Playhouse, the group is pleased to be performing eight times a year there—four shows with an adult theme, and four designed to be family-friendly.

The 65-seat black-box theatre has a wide stage, intimate feel, and provides easy access between stage and seats, “which is very important for improv,” says Field.

“A lot of people confuse improv with stand-up comedy,” she explains, “but the two are very different. Improv is not one person standing on a stage telling jokes. With improv, the comedy is made up on the spot and no two shows are ever alike. Scenes are created from audience suggestions and sometimes audience members join us on stage. It is so empowering for us to know that, together with the audience, we can all laugh and escape life’s stresses.”

“In fact?” says Field, “Most of the Queen Bs are introverts! But from years of improv training, we’ve built confidence and courage and learned that the bolder and stronger the characters, the better the scenes go.”

Honing these skills, the Bs rehearse at least once every other week. They also work to create a flow to each show that ensures the audience feels safe and trusts the troupe enough to relax, participate, and let loose and laugh.

Based on audience reactions, the Queen Bs are getting it right. 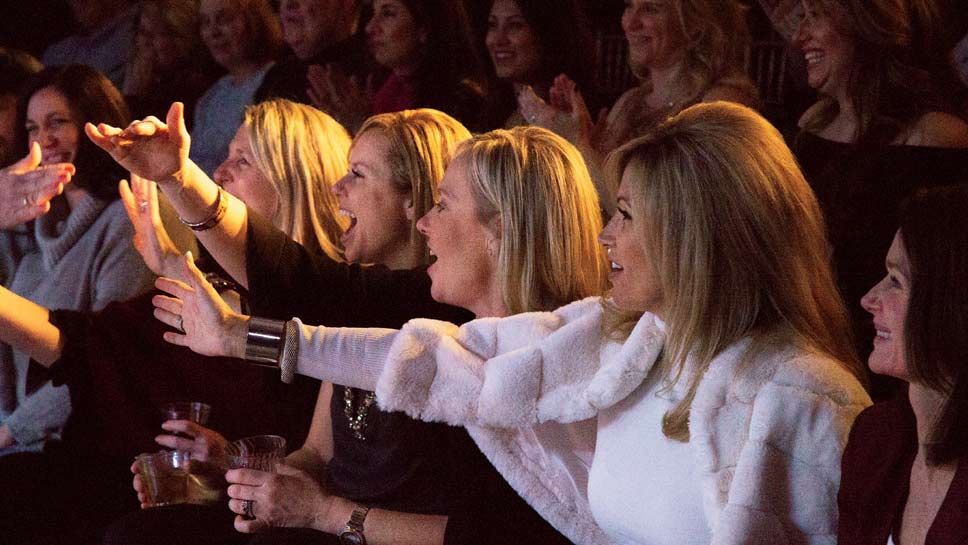 “They were hysterical!” said Barrington resident Julie Hood, after a recent show: “This was my first time seeing the Queen Bs. I loved how everyone participates—the cast the crew and the audience—and how there was no predicting what would happen next.”

For their part? The Queen Bs plan to keep adding performances at Parker Playhouse, the Laugh Out Loud Theater in Schaumburg where they first met, and other public and private events in the Northwest Suburbs.

The Queen B’s next show is at The Parker Playhouse, 117 E. Northwest Highway in Barrington, on Saturday, May 19. Tickets are available at parkerplayhousebarrington.org. For more information about the Queen Bs, visit queenbimprov.com.