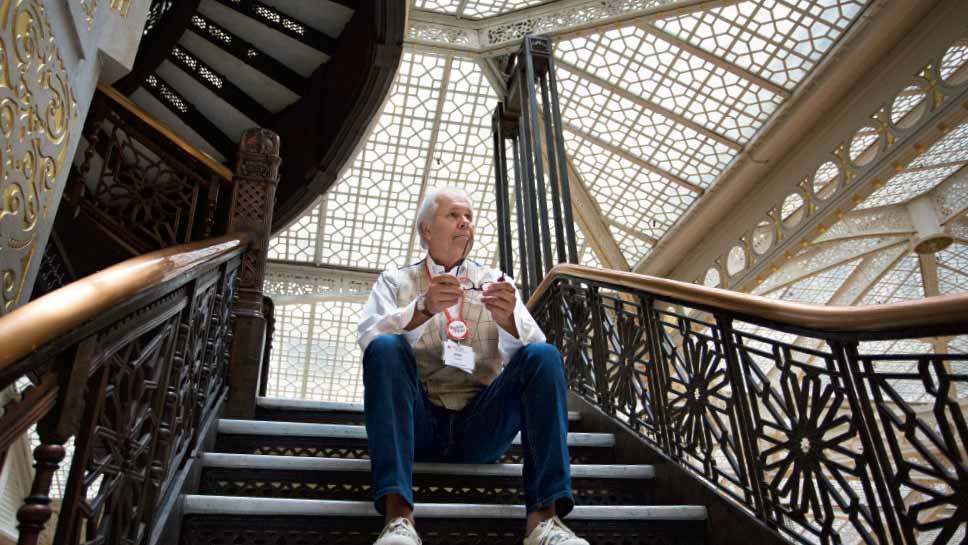 Peter Yankala, owner of Phillip’s Men’s Wear in Barrington, devotes much of his free time to sharing a passion and knowledge of Chicago architecture with visitors from around the world. PHOTOGRAPHY BY THOMAS BALSAMO

As children, we are told to follow our dreams. Make no small plans, a famous architect once said. However, the practicality of pursuing what one’s heart truly desires can often be complicated, if not impossible. Does that mean we should give up altogether?

Some do. And others, like Peter Yankala of Barrington’s Phillips Men’s Wear, find ways to combine a life’s passion with a life’s work.

“I’ve always had a bend to architectural design,” explains Yankala. “I applied to the Art Institute of Chicago and was summarily turned down.”

It was a bit of a blow to the young Yankala, but he rebounded by studying sociology as Southern Illinois University.

“It was an undergraduate degree as useful in the 1970s as it is today,” he says wryly. “So of course, I opened a men’s store.”

Not just any men’s store, mind you. Phillips is a clothier, tailor, and stylist. It is a man’s “men’s store” in the elegant tradition of men’s stores in London and Paris. No detail is left unnoticed or unattended to. Knowing Yankala’s original interest in architecture and design, it might even be said that the way he accouters some of Barrington’s most distinguished men is akin to the way great Chicago architects dressed the city with iconic buildings that have stood the test of time.

It was enough to feed his creative spirit for a few decades. But in 2010, Yankala made a bold move to go back to the dream he had all those years ago. 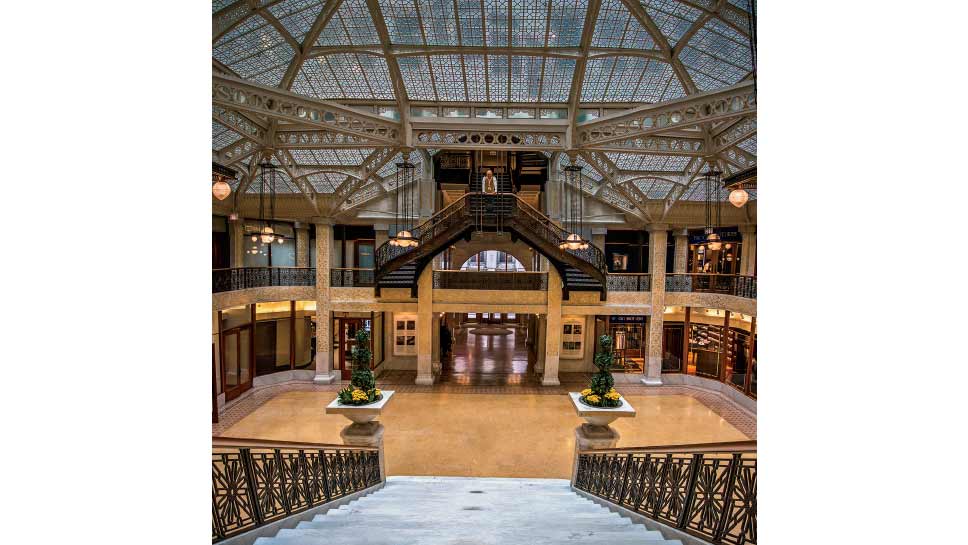 The dazzling light court of Chicago’s Rookery Building was the genius 1905 remodel by Frank Lloyd Wright.

“I wasn’t going back to school for an architectural degree, but knew I wanted to share the years of observations I have made of Chicago architecture,” he says, explaining how he began volunteering for Open House Chicago in 2010.

The Chicago Architecture Foundation (CAF) program allows for historic landmark skyscrapers and building lobbies not usually accessible to the public to be open for tours one weekend in October. Yankala’s first assignment was to take tickets at the door at the Louis Sullivan-designed Carson Pirie Scott building in the Loop.

“He’s my second favorite architect,” Yankala says. “On that first day, I found myself answering the questions of those waiting for the next docent leader. It was then I decided to apply for a docent’s role as soon as I could.”

A door that had been closed decades ago was now wide open, and he embraced it.

“This position gave me a chance to view, review, and interpret many of Chicago’s great architectural structures, including the Rookery—a Burnham and Root design-build project, completed in 1888,” he says. “It was once the tallest building in the city at 12 stories and served as offices for many Chicago School architects.”

So, while Yankala continued to run his Barrington men’s store by day, he spent much of his free time studying design theory and engineering details of this iconic LaSalle Street building.

“Knowing that my favorite architect, Frank Lloyd Wright—the youngest and most gifted of the Chicago School—had an office on the 11th floor certainly heightened my interest. In 1905 Wright was commissioned to remodel the building’s majestic lobby. He would go on to be the most influential and prolific architect of the 20th century, and is credited with being the father of the first authentic American architectural form, the Prairie Style,” he continues. “When the opportunity presented itself to train within the Frank Lloyd Wright Trust as a docent interpreter of Wright’s style and influence, I jumped in. To me, the docent certification process, which I completed in 2016, was like heading back to college for that architectural degree. The Trust has museum accreditation, so I knew that the people who would be teaching and mentoring me would be the best.” 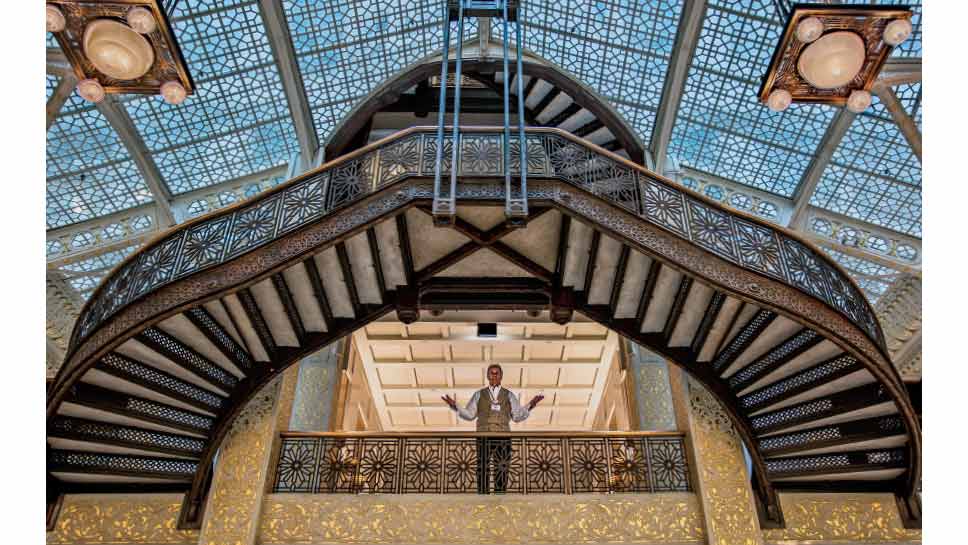 Peter Yankala at the Rookery

Today, Yankala works with both the Chicago Architecture Foundation and the Frank Lloyd Wright Trust—sharing his knowledge of some of the most famous architects in Chicago with tourists and visitors from around the world. You can find him leading the CAF’s new Sky Guide Tour in the John Hancock building or leading tours of three Chicago-area homes designed by Wright.

“Of the tours I lead, there’s none I enjoy more than the one at Robie House in Chicago’s Hyde Park,” he says. “There is something about this unique masterpiece of Wright’s—the unification of client, architect, site, design, and purpose that make this tour my favorite. Robie is the quintessential Prairie Style project of the master—elongated, welded to the ground, all while celebrating nature and the horizon. It contains a staggering 175 art glass windows and doors, with even more art-glass decorating and accenting light sconces and furnishings. The natural inclusion of light in Robie House exemplifies Wright’s belief that ‘light is the beautifier of all spaces’.”

The passion Yankala has for this docent work and continued scholarship is evident. And while he admits that getting turned down by the Art Institute was a “huge disappointment” to him at the time, he says that in retrospect, it wasn’t such a bad thing.

“I’ve owned a successful menswear business for over 40 years and my passion for architecture never waned,” he says. “It was never subjected to the demands of a formal education process or the practicalities of depending on it for an income. I’m back to where I started, with a passion that was deferred, but finally fulfilled.”