Northern Illinois residents likely prefer no creatures to be stirring, not even a mouse as they settle down for a long winter’s nap. But mice are great little creatures living in the wild—and when it comes to mice in northern Illinois, not all are created equal.

The most common mouse in a house—is, well, a house mouse. It’s not native to the United States, but it’s been here a long time, having spread all over the world many centuries ago from Asia. The house mouse belongs to the genus, Mus.

It’s understandable that people don’t like mice—and of course you can get a cat, set a trap, or contact a humane wildlife exterminator if they get into your house. Two native mice in our region—which are much less often apt to get into your house compared with the house mouse—lead interesting lives and help keep ecosystems thriving. 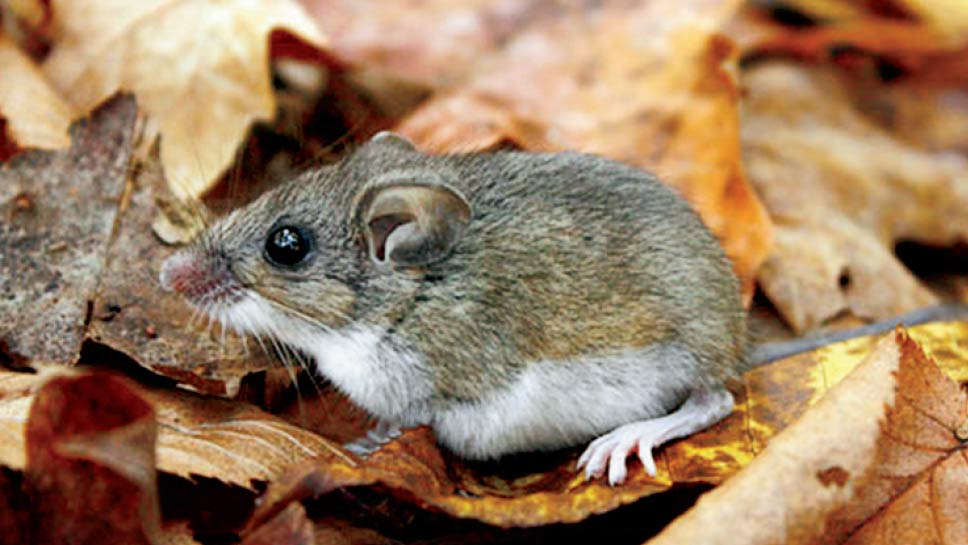 House mice are not just a line from a famous Christmas story. They are a force of nature to contend with in Northern Illinois. We look at the species and what homeowners need to know. PHOTOGRAPHY BY STEVEN BAILEY

They belong to the Peromuscus genus. About 4 inches in length, they look almost identical. One is the white-footed mouse, the other, the deer mouse. They have larger eyes and ears compared with the house mouse, which in my opinion makes them a little cuter. They also have soft white belly fur contrasting with their warm brown backs.

Both white-footed and deer mouse have white feet. The deer mouse’s name stems from its fur, which is similar in color to that of the white-tailed deer.

You can find signs of these nocturnal creatures in the wild, especially in winter. They don’t hibernate.

When snow is on the ground, you might see their tiny tracks, near a stump or a log atop snow. They look like those of a rabbit, only much smaller. Their hind feet are larger than their front feet, but in the tracks, you’ll see the hind feet in front because of the way they bound across the show. Sometimes you’ll also see a tiny tail mark.

The more common of the two in this region is the white-footed mouse, which lives in wooded and overgrown areas. The white-footed mouse has an interesting habit of using its front paws to drum on a dry leaf, producing a buzzing sound. Scientists aren’t sure what purpose this sound serves, but their predators including owls and foxes in winter, can hone in on the noise and pounce to catch a meal. The white-footed mouse is a favorite food of the northern saw-whet owl, which visits northern Illinois in winters. The owl spends days asleep in conifers and hunts for mice at night.

As such, the white-footed mouse is lucky if it can live up to a year or two in the wild. Another sign of white-footed mice in winter can be found in an old bird’s nest, including those built by goldfinches, cardinals, buntings, and other songbirds.

As winter approaches, the white-footed mouse works “diligently a few nights to build a dome over (the nest) and arrange a soft lining,” wrote Donald F. Hoffmeister and Carl O. Mohr in Fieldbook of Illinois Mammals. Indeed, my husband and I have both spotted domed-over bird’s nests in winter likely occupied by white-footed mice. Sometimes if we get too close, the white-footed mouse will sneak out a back entrance and scurry away, so we try not to disturb it.

On cold snowy days, white-footed mice may just stay snuggled in those bird nests, but when there’s a break in the weather, they’ll come out to munch on seeds, nuts, fruits, and buds. They also eat insects and snails in warmer months. The white-footed mouse is solitary in winter, but when spring comes, it starts looking for a mate.

They build nests in tree cavities, old burrows, woodpiles, and old birds’ nests. When young white-footed mice are threatened, their mother carries them to safety one at a time by holding them by the neck with her teeth.

White-footed mice are excellent climbers and swimmers and have a keen sense of smell, sight ,and hearing.

If you do see a white-footed or deer mouse, watch from a distance and don’t touch them. Some studies have shown that white-footed mice can transfer disease-causing agents to ticks, including one that causes Lyme disease.

Scientist Richard Ostfield, a disease ecologist for the Cary Institute of Ecosystem Studies in New York, says the key to protecting human health is to take measures to try to control the white-footed mouse population, which include supporting natural predators by keeping their habitats intact. Duly noted.

Now maybe we can get back to that long winter’s nap.