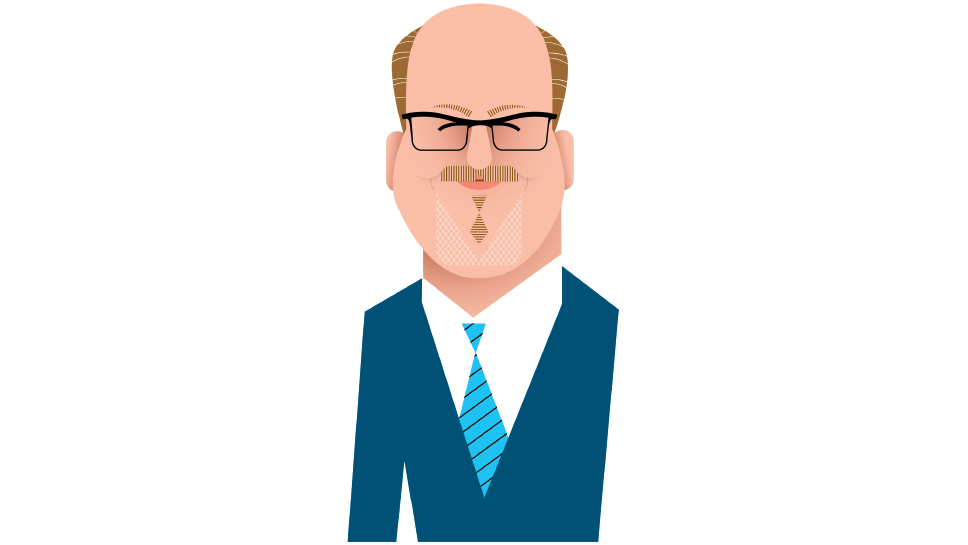 David W. Jones, who has served as senior pastor of the Village Church of Barrington for the last seven years, says he didn’t find his calling to the church right away. “I was studying engineering at Michigan Tech back in the early 1980s. It was there that I had a profound experience with Jesus Christ, and shortly afterward sensed a call to vocational Christian ministry,” he explains. “I finished out the term and transferred to Bible college. Seminary and doctoral work would follow. Over the years, I have had the privilege of serving in various pastoral roles, including working as a missionary to Africa and a Bible translator.” Today, Jones is overseeing some changes at the church, which recently celebrated its 56th anniversary. “We currently have a building renovation and expansion project underway,” adds Jones, who just celebrated 30 years of marriage with his wife Helen. “Some worn parts of the building are getting updated, our children’s ministry area is expanding and becoming more secure, and the building is being made more accessible in conformity to ADA standards. The project will make things a bit noisy and dusty for the next eight months. But when it is finished next summer, we should be in a better position to serve the residents of Barrington.” Like many people, David and Helen enjoy the Christmas season. One of my favorite childhood memories from his working class childhood growing up outside Detroit (his father worked for Chevrolet) is sitting with his family around a Christmas tree in a darkened room, listening to Percy Faith’s Christmas Is album. “It sounds totally traditional, but that was our experience. I loved it then, and I cherish the memory of it now, especially since we lost my father four years ago.”

Here are a few of Pastor Jones’ lasts:

Great sermon you delivered that touched people’s lives in a truly profound way?

Normally, that would be hard for me to say—you would have to ask the congregation. But a recent sermon on the weekend of November 4 through 5 seemed to resonate very well with our people. It was on Matthew 11:25 verse 30, where Jesus invites those who are weary of religion to come to him for spiritual refreshment. I sensed an unusual anointing while preaching that message, and many people in the congregation shared with me afterward how much God’s word ministered to them. The video is posted on our website. The sermon is entitled, “The Easy Yoke.”

This one is easy. Ten years ago, some dear friends felt led by God to give my wife and me an all-expense paid trip to Israel. We had never been, but always wanted to go—to walk where Jesus walked, and to see so many places where the events recorded in the Bible actually happened. It was the trip of a lifetime. A definite bucketlist item fulfilled.

Christmas carol you sang in front of a crowd?

I was in choir throughout junior high and part of high school. A staple in our Christmas concerts was the “Hallelujah Chorus” from Handel’s Messiah. I still remember much of the bass part, so I’ve been able to jump in and sing it on occasion. Other than that, I tend to be a bit shy about singing in public.

Favorite Christmas movie that you watch year after year?

I’m a movie buff, so there are many Christmas movies that I love. Perhaps my favorite is The Homecoming (1971). It’s a made-for-TV movie about the Walton family during the Great Depression. It’s Christmas Eve, and the father—John Walton—has not yet made it home from work, and the family is getting worried. The TV series The Waltons was spun off from this.

Moment you’ve had personally or in the church that reminded you what Christmas is all about?

This isn’t personal, but it makes the point. Several years ago, a man was playing the violin on a subway platform in Washington DC. It was estimated that thousands of people walked by him for the 45 minutes he played. About twenty people gave him money—a total of $32. Only six stopped to listen to him for any length of time. Turns out the musician was Joshua Bell, one of the greatest violinists in the world. He was playing one of the most complicated pieces of music ever written on a violin worth $3.5 million. A couple of nights before he had packed a hall in Boston with seats costing $100 each. But no one recognized him down in the subway. Similarly, the Son of God added a human nature to his divine nature and came to this earth more than two thousand years ago. Yet hardly anyone recognized him. God humbled himself for you and for me. He had an authentic human experience, so that we could find the way back to him. That’s what Christmas is all about.