For decades, Samuel R. Harris (who was born Szlamalek Rzeznik) didn’t want to talk about what he saw. A child Holocaust survivor, he spent six years in the Deblin and Czestochowa Nazi concentration camps in his native Poland—fleeing to America in 1948 after being liberated at age 9.

“I was raised in Northbrook and we never spoke of it. We wanted to move on,” explains Harris, who under the protection of an older sister, was among the youngest Holocaust survivors to escape the atrocities—losing both parents and four siblings. “Finally, when I was 55 years old, a Rabbi came to me and said ‘it’s time’.”

Harris, who today lives in Kildeer, says he saw the need to speak out and raise awareness about the Holocaust because there were too many books being written that denied it ever happened. 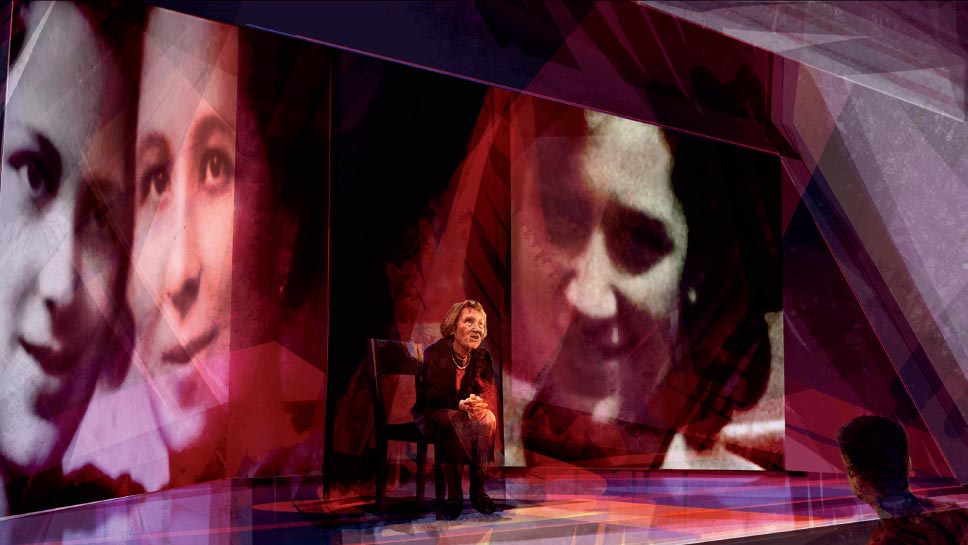 Using groundbreaking technology to preserve and share survivors’ stories, the Illinois Holocaust Museum & Education Center’s new Take a Stand Center reminds visitors why it is more important than ever to recognize the power of their own voice. One of those survivors is
Kildeer resident Samuel R. Harris.

“Being a witness to history, I decided to get involved with Holocaust survivors who were running a small museum in Skokie,” explains Harris, who went on to spearhead a capital campaign (chaired by businessman J.B. Pritzker) to build a world-class institution that chronicled what he and other survivors endured. “I decided that we should build a bigger museum, and possibly through education, we could build a better world.”

Opening in 2009, the Illinois Holocaust Museum & Education Center is now the third-largest Holocaust museum in the world. Harris is president emeritus and recently joined six other Chicago-area survivors in an interactive new museum project called the Survivor Stories Experience.

“Not only at our museum, but globally there was so much more that needed to be done to tell survivors’ stories,” explains Susan L. Abrams, who began thinking about the project shortly after joining the institution as CEO in 2014. “Pedagogical studies have shown that world-class exhibitions, wonderful history books, and incredible documentaries are powerful, but there is absolutely no substitute for developing empathy and understanding of our common humanity than what comes from face-to-face, personal interaction.” 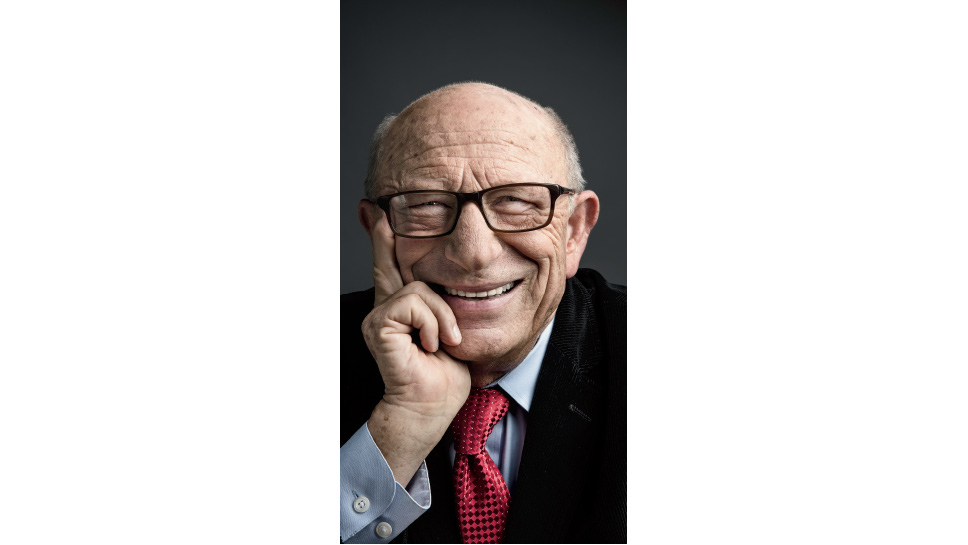 With her colleagues and board of directors, Abrams began to strategize how to better connect survivors with the 60,000 students and educators who visit the museum each year (for a total of more than 150,000 visitors annually). More than three years later, Abrams and her team recently unveiled what is the museum’s most ambitious undertaking yet—the Take a Stand Center, a 4,000-square-foot permanent exhibition that has been designed to not only educate visitors on the danger of hatred, prejudice, and indifference, but also inspire them to recognize the power of their voices and choices, and ultimately motivate them to advocate for social justice.

At the heart of the Take a Stand Center is the Abe & Ida Cooper Survivor Stories Experience, which unfolds in a 66-seat custom-built holographic theatre. Using interactive, three-dimensional technology developed by the USC Shoah Foundation’s New Dimensions in Testimony program in association with the Illinois Holocaust Museum, the Survivor Stories Experience allows Holocaust survivors to share their deeply-moving personal accounts and also respond to questions from the audience through holographic recordings and voice-recognition technology, creating a one-on-one discussion with visitors.

Harris says he is in awe of the technology being utilized to bring these stories to life. 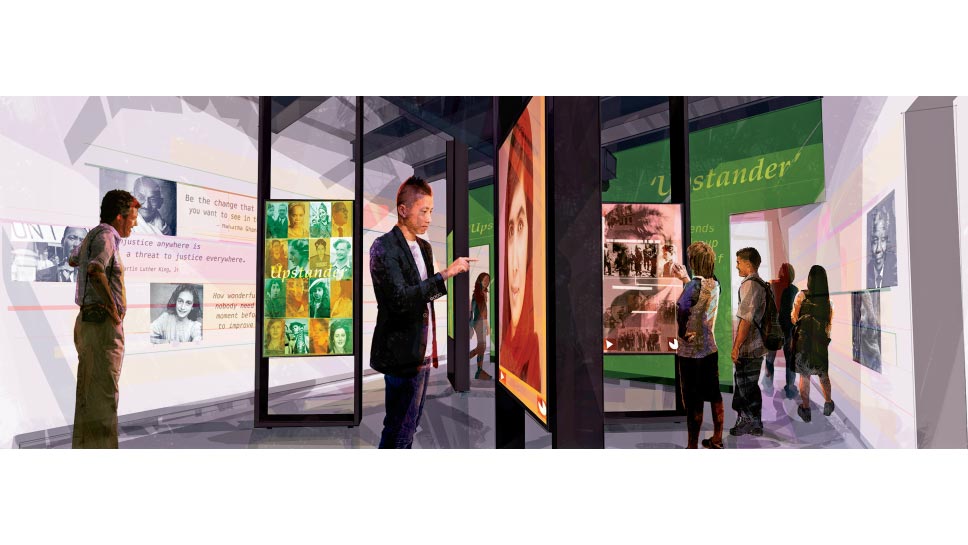 “This hologram that I’m involved in is so fabulous. I went there yesterday and it looked like me in 3-D. It was fantastic,” he says, “During filming, I was surrounded by hundreds of lights and cameras and asked thousands of questions. They don’t tell you the questions they will be asking beforehand, so my answers and emotions are authentic. I felt honored and privileged to participate and be a voice not only for other Holocaust survivors, but also for those who perished.”

The museum is notably the first in the world to use New Dimensions in Testimony in a permanent exhibition space —an exciting, if not humbling, achievement.
“It’s absolutely a game-changer,” Abrams says. “It gives me chills to think that our survivor population is able to share their experiences in such a vivid and meaningful way.”

Following the Survivor Stories Experience, visitors of the Take a Stand Center are led into the Goodman Upstander Gallery. Here, they can embark on an interactive exploration of 40 “upstanders” (those who, unlike bystanders, recognize the power of their voice) ranging from historical heroes such as Jane Addams, Susan B. Anthony, and Harvey Milk to contemporary luminaries including Theaster Gates, Billie Jean King, and Malala Yousafzai.

“We hope that our visitors, no matter their passions, will be inspired to want to make a difference,” says Abrams. “We know, however, that some think, ‘I’m just one person.’ They’re knowledgeable and they’re inspired, but they’re still not sure how they can make a difference themselves.” 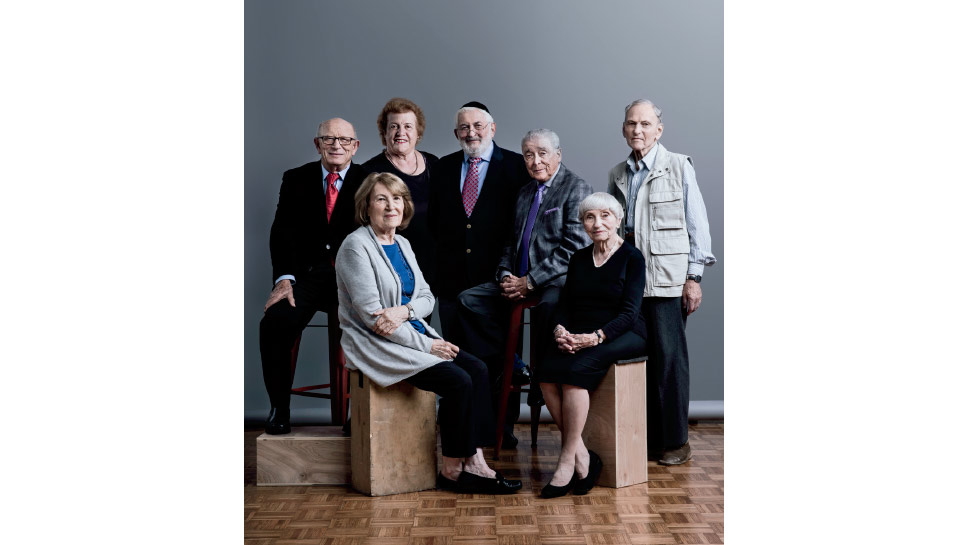 13 survivors from around the world have been filmed for the Survivor Stories Experience; the seven from Chicago include (back row L to R) Samuel R. Harris, Adina Sella, Israel Starck, Aaron Elster Matus Stolov (front row) Fritzie Fritzshall, and Janine Oberrotman. Photography by Chris Strong

“We put the tools for change into our visitors’ hands, and we teach how to advocate, how to spread the word, how to give of themselves financially through micro-loans, how to found or join an organization,” she continues. “We also provide examples of individuals and organizations that have taken important actions—some large, some small—that really make a difference in our world today.”

And, as Harris observes, the issues and lessons presented throughout the Take a Stand Center are more critical than ever.

“I think it’s important particularly now because there are genocides going on throughout the world. More than ever, our children, the leaders of the future, must know what people are capable of. The Holocaust didn’t happen in a little country; it happened in one of the most civilized countries in the world. If it can happen there, can it not happen anywhere else?” he says, adding: “Our goal was to build a world-class museum devoted to educating the next generation. That was J.B. Pritzker’s thinking, that was my thinking, and today, I can’t believe it. It’s even better than I would have dreamed.”