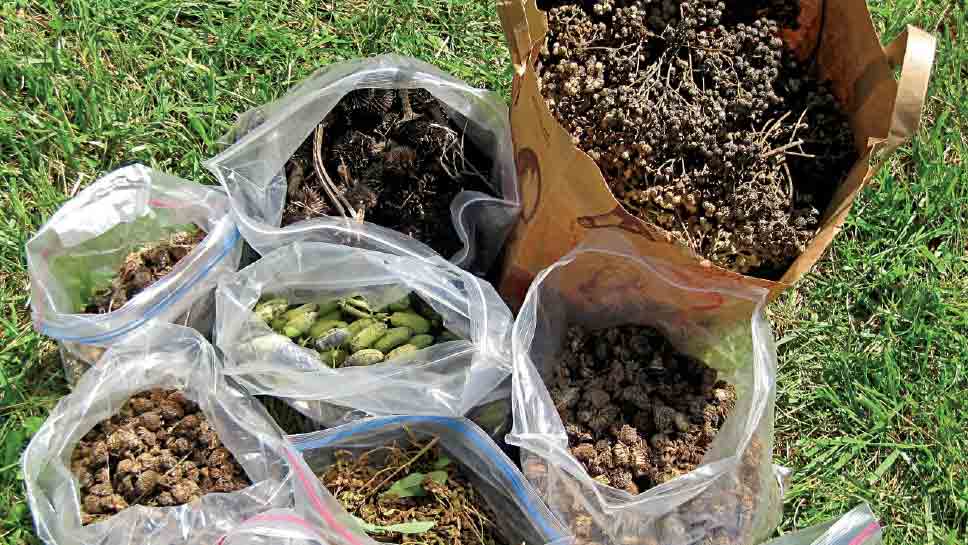 Local volunteers pitch in to honor the memories of the work of two Barrington conservation leaders. PHOTOGRAPHY BY SHERYL DEVORE

Those who volunteer working in natural areas spent a day in September honoring the legacy of two regional conservation leaders, Thomas Vanderpoel, whose father, Wade Vanderpoel, helped found Citizens for Conservation in 1971, and George Rabb, former director of the Brookfield Zoo.

When you walk some of the natural areas in the Barrington area and other parts of Lake County, as well as the state and the world, you will see flourishing ecosystems made possible by the guidance of conservation leaders like Vanderpoel and Rabb.

Thomas Waid Vanderpoel, 66, died August 8 at his home in Barrington. He was involved with the Illinois Volunteer Stewardship Network and Citizens for Conservation, following the work his father began.

George Rabb, 87, died in July after a brief illness. He was instrumental in leading zoos in conservation efforts across the world.

Their legacy, of course, will live on at zoos across the world and at Citizens for Conservation, which now owns more than 400 acres of natural areas in the Barrington region, and which Tom Vandperoel helped preserve. He offered his knowledge to conservation groups throughout the region about restoration efforts such as collecting seeds, performing prescribed natural area burns, and removing invasive plants. He also worked alongside them, serving not just as a resource but as a man who wasn’t afraid to dig in and get his hands caked with wet soil.

George Rabb helped redevelop the field of animal behavior and pioneer a new approach to helping children develop caring attitudes toward nature, according to the Center for Humans Nature, where Rabb was a board member.  He also helped found Chicago Wilderness and created a population task force to study the world’s declining amphibian population. 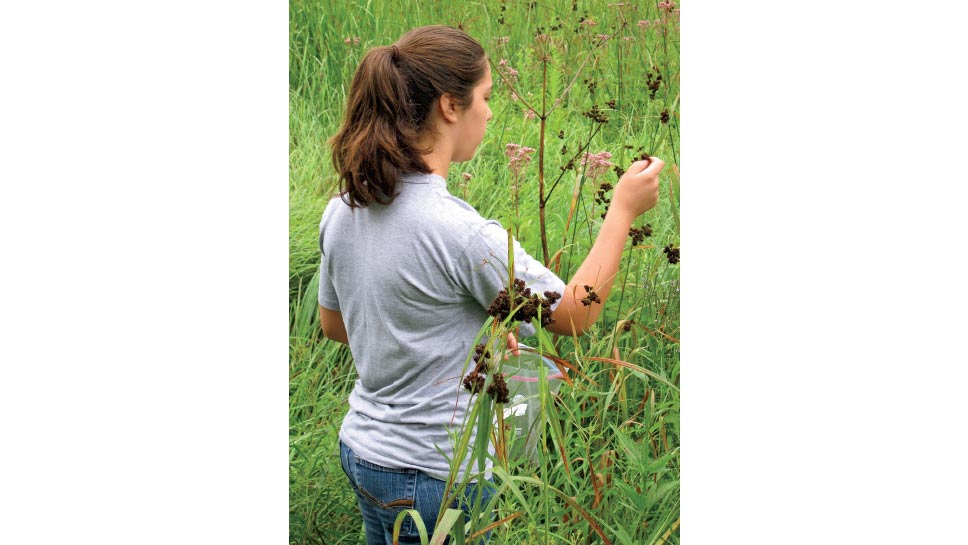 One way to celebrate conservation leaders is to help collect and plant seeds of native grasses, trees, shrubs, and wildflowers and to remove invasive plants that crowd them out such as buckthorn. Photos of volunteers collecting seeds on work days, courtesy of Citizens for Conservation.

Their memories should spark all of us to do more to help with conservation efforts. For me, that means continuing to write stories about the dragonflies, damselflies, birds, native plants, bees, and other flora and fauna that call northern Illinois home.

For you, that might mean joining CFC on their fall and winter workdays, which involve removing non-native plants, collecting native plant seeds, and digging and planting native flora, among other activities.

Here’s just one of many examples of how spending a few hours outdoors in the region’s natural areas can make a difference. When CFC bought Flint Creek Savanna in 1988, it was a degraded property. Cattle on a former farm had eaten native wildflowers; non-native shrubs and plants, including reed canary grass, started moving in, choking out the native ones.

Volunteers got to work clearing the brush, planting wildflowers, and collecting prairie seeds from native plants still hanging on along the railroad tracks. CFC also secured funds to get help with creating two gravel hill prairies and planting marsh grasses to filter out pollutants.

Today more than 200 species of grasses, sedges, and wildflowers grow at the preserve, and the prairie teems with wildflowers spring through fall that butterflies and bees use for nourishment.

Work remains to be done there—for example, the reed canary grass, which is harming the wetlands, needs to be removed. In the world of ecological volunteerism, there’s always work to be done. Joining a volunteer work day is a great way to get some fresh air and exercise as winter approaches, and to learn about native areas near your home.

Other celebratory activities you can do to honor conservation leaders include taking children outdoors to observe changing hues of prairies and leaves in autumn. Perhaps you can do research on line with them afterward on why and how these colors change.

There are so many creative ways you and your family can pause and reflect on how important it is and how lucky we are to have conservation leaders who not only set examples, but also work with young people to encourage them to continue their work.

Anyone is welcome to join and learn why the work CFC does matters. Meet at the office, 459 Highway 22 in Lake Barrington. Look for the white farmhouse with a silo across from the hospital. Bring gloves and dress for the weather. CFC will provide tools and refreshments.