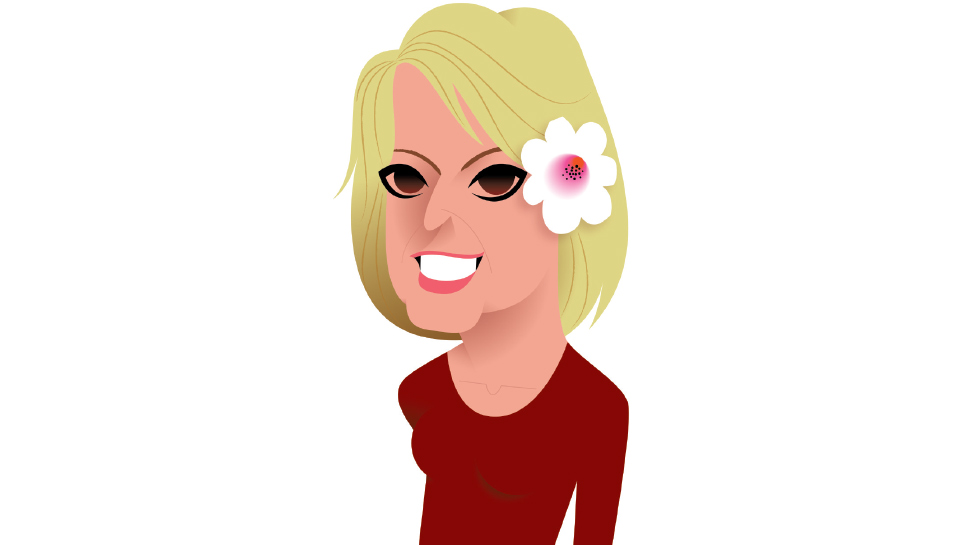 The Barrington art community pays tribute to the legacy of Tracy Albert. ILLUSTRATION BY KIRSTEN ULVE

November is the month when we honor heroes. Some are soldiers who gave their lives for country, but with Thanksgiving and the holidays approaching, it’s also a natural time to remember loved ones who have passed. This month, the Barrington art community will pay tribute to a local artist and teacher the world lost far too soon—a woman who made her life a work of art.

Tracy Albert, who died in August at age 75, was gifted and special in many ways. And when she traveled the world and opened her heart to its grandeur in that quest, her work eventually found its way into galleries across Europe. She came home to Barrington happy and fulfilled artistically.

As a college-trained artist and art teacher, she traveled to seek inspiration with a dream to someday paint in Giverny, France. In 2010, that dream was realized and had a profound impact.

Albert wrote extensively in her own biography about her experiences in the French village of 500 residents that impressionist art titan Claude Monet turned into his pastoral cathedral. He, his wife, and eight children lived there for 40 years. The ponds and gardens that he and six gardeners meticulously created there render deep, emotional effects on artists who come to contemplate Monet’s mind and work. Giverny is Monet’s Sistine Chapel.

For any watercolorist with a gift for hued harmony, sitting at the edge of Monet’s floating lily pond was as close to Albert’s perfect, poetic place as you might contemplate. So she went. She absorbed it. Monet’s Giverny lifted her, and perhaps deepened her art.

She referenced that trip often, and what it had meant. “I am passionate about watercolor and never cease to be excited when the loaded brush first touches the paper,” she wrote. “I love to witness the explosion of color wet on wet. I am drawn to flowers as subject matter as well as portraits.”

Her passing was a loss to many, including a regiment of art colleagues around Barrington and thousands of children-now-turned-adults she had taught for 34 years, including 27 years at four elementary schools in Lake Zurich.

“She was a dear friend who above all else loved teaching, especially teaching the little ones,” says Diane Morino, among the half dozen superior artisans who share steering committee leadership of the Barrington Cultural Arts Center (BCAC), where a tribute will be held in Albert’s honor this month. “Her love of the arts penetrated every part of her. When she spoke, you listened.”

The BCAC only now is reorienting itself to a world that will not include Albert. “She was the cornerstone of the organization,” says Kimberly Butts, another steering committee member. “She helped art happen in this area. We so miss her. And we’re just now finding out how many people it will take to do all the things she did for us. She had amazing strength and determination.”

The artist known as Tracy Albert was born Mary Grace Brausch on September 27, 1941, in Chicago. Mom and Dad called her “Gracie.” She leaves behind Terry, her husband of 52 years, daughter Tricia Kearns and son Todd, and five grandchildren, Kaley and Eric Jr. Kearns; Breanna, Riley, and Dylan Albert.

She had retired from teaching at age 70, though she never came close to retiring from art.

Morino, Butts, and others in the local Barrington art community will celebrate that life with “A Day of Remembrance” reception and fundraiser held from 1 to 4 p.m. on Sunday, November 19 at the BCAC in the Ice House Mall in downtown Barrington. A fundraiser sale of her art will help fund a scholarship for a local student artist.

It only seems the apt thing to do, as passing her knowledge on to the next generation of artists and dreamers became her focus—especially after Giverny.

Painting in the same luminescent light, colors, and lilies that Monet did made her the student. She returned ever more the teacher. “Paint what you know, teach what you learned, and love what you do,” she once said to fellow teachers.

Albert even spoke about wanting to teach the children of Lake Zurich to speak French someday. How like her that was.

Claude Monet would have approved.

For more information about “A Day of Remembrance” in honor of Tracy Albert’s work and legacy, call 847-382-2789 or visit barringtonculturalartscenter.org.