For the past three years, a spectacular Barrington mansion has been the setting for Fox TV’s Emmy Award-winning series, Empire. We talk to homeowner Sam Cecola and get the scoop on how a taste of Hollywood came to our town. 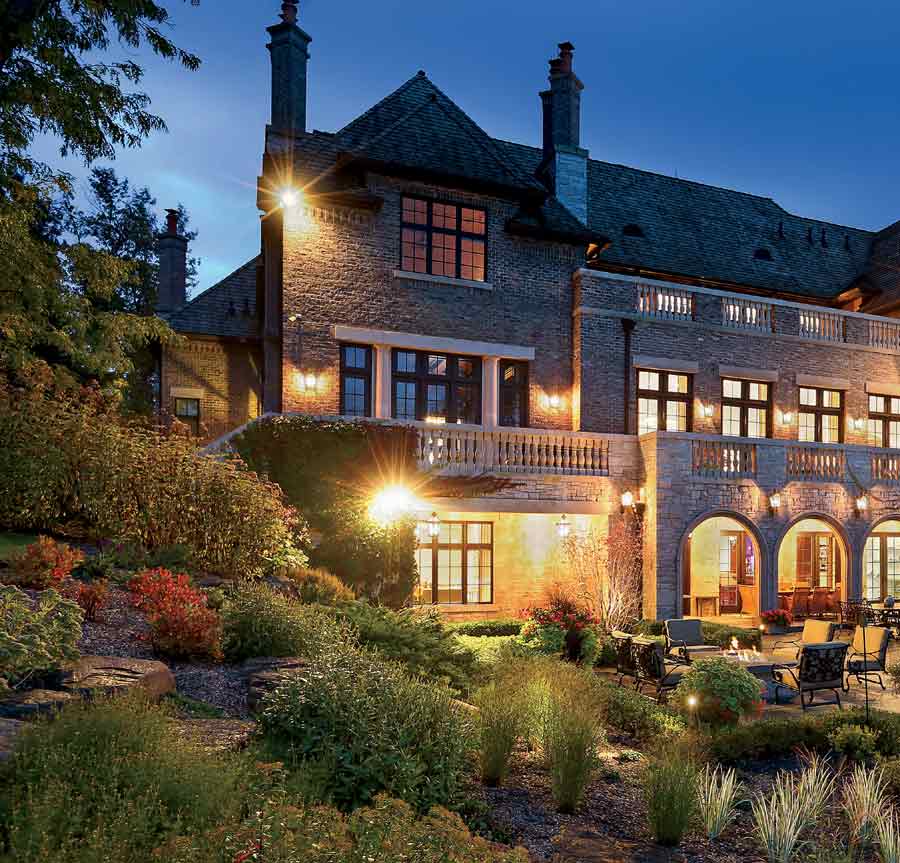 If you’re among the millions of viewers who have become hooked on the award-winning Fox TV series about Lucious and Cookie and their mighty hip-hop empire, walking into Sam Cecola’s opulent 18,000-square-foot Barrington Hills mansion might make you do a double take.

You may even swear you’ve been there before, and in a way, you have. Since Empire started filming in 2014, the location for record mogul Lucious Lyon’s story has not been in Hollywood or New York City (as the series suggests) but right here in Barrington Hills.

In fact, as Cecola’s neighbors are now aware, several times a year the star-studded cast (including Terrence Howard, Taraji P. Henson, and starting this fall, guest star Demi Moore) rolls into his driveway with crews, cameras, and all the equipment to make the series come to life. Security is necessary to keep the crowd to a minimum, and Cecola and his wife, Geralyn, are sworn to secrecy (as were we) about any developing story lines.

But like anything in Hollywood, not all is as it appears on TV.

Entire rooms of the Barrington Hills home have been replicated at a TV studio in downtown Chicago, where the majority of the filming takes place. Decor is altered slightly to fit Lucious’ flashy, hip-hop recording CEO persona, but go beyond the artwork changes and it’s still the Long Island-style, waterfront dream home that Sam and Geralyn built in 2009.

“This house was inspired by Sabrina, a movie from the 1940s,” says Cecola, explaining how the couple lived in Lake Barrington for 30 years before setting out to find the perfect location for their next home. “We had 11 acres at that time and my parents lived in the house next door but it was time for something different. We were looking for something on the water and one day when we were out looking, the realtor pointed across the lake to this property. It was perfect.”

The home that had been situated on the 8.5-acre parcel could barely be seen from the lake as it was covered in trees.

No expense was spared in building the soaring mansion that sits there today. From a glamorous foyer with custom walnut double doors (which have also been replicated in the Chicago studio) to a shimmering pool by the lake with an adjoining patio (the setting of a recent dinner party on Empire), the five-bedroom, 9.5-bathroom estate blends the best of old-world Hollywood with modern luxury finishes.

One walk through the home—which is currently being listed with CONLON/Christie’s International Real Estate for $9,950,000—and it’s easy to see why the TV studio scouting agents wanted this to be Lucious’s lair.

Cecola says when he first got a note saying they were interested, he thought it was a prank.

“They contacted me about five years ago,” he explains. “They left a note in our mailbox, saying they are from 20th Century Fox and interested in my home as a location for a new series.

The guy on the phone was very nice.” When the award-winning director Lee Daniels visited the home with his assistants, Cecola took them around the estate in golf carts.

As cool as it all sounds having celebrities and TV crews and luxury sports cars with New York license plates in the driveway (that say EMPIRE, of course), striking the deal required compromise on both sides. Cecola has some coveted items in his home, from art work to cases full of memorabilia from sports celebrities, so he needed to be conscious of security. The 20th Century Fox folks obliged, and in exchange requested privacy and top secret protection of the episodes that are being filmed there.

Four seasons in (the Season 4 premiere aired September 27), they’ve found a way to make it work.

“Seventy-five percent of the time, the actors are in my basement,” says Cecola. “Or they use the extra bedrooms as green rooms.”

However, as photos in this spread illustrate, what Cecola refers to as a “basement” is actually a spectacular entertaining space in and of itself—with French doors that open to a pool and view of the lake, a state-of-the-art media room, a poker/billiards room, and a luxurious lounge that sometimes accommodate the entire cast. Howard, who was nominated for an Academy Award for his role in Hustle and Flow and recently released a new album, is known to play piano in this room for
Geralyn Cecola and the couple’s neighbors.

Barrington Hills police have been extraordinary in accommodating this and helping us manage having all these crews here. Only staff from Empire are allowed on the property so we have credentials for everyone.”

What will Lucious and Cookie be up to this season, especially with Demi Moore joining the cast as Lucious’s nurse? Cecola may know, but he can’t tell. You’ll have to tune in yourself, even if it’s just to see a snapshot of Barrington Hills on the TV screen. 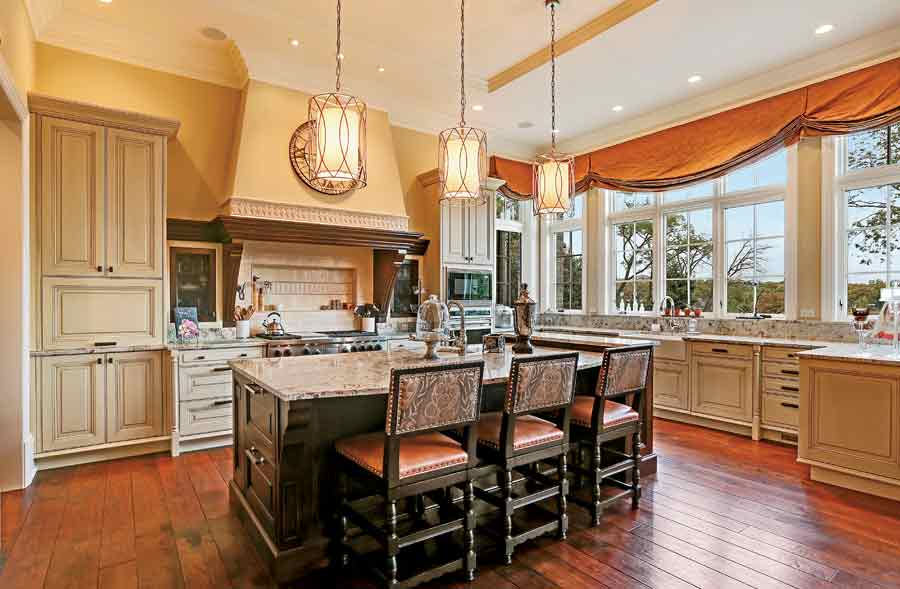 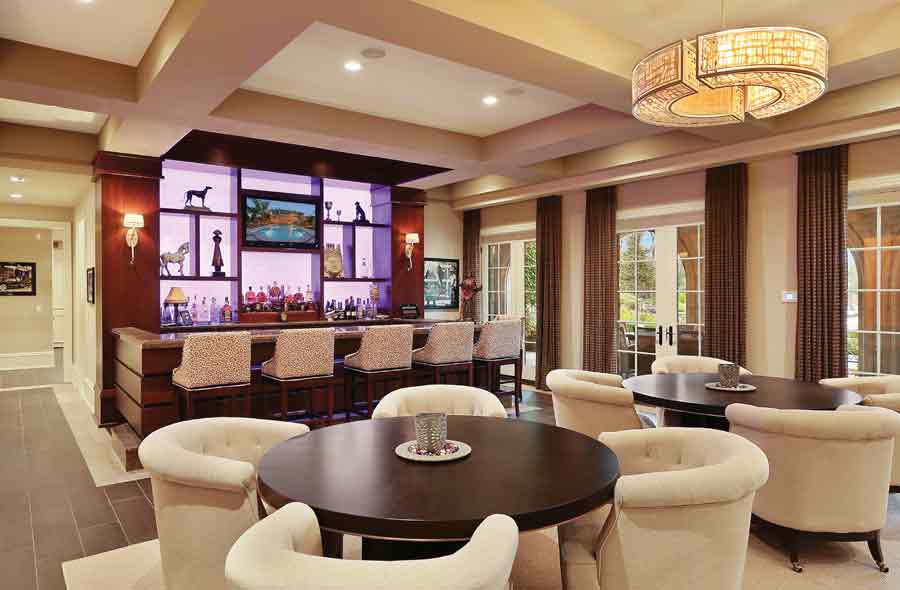 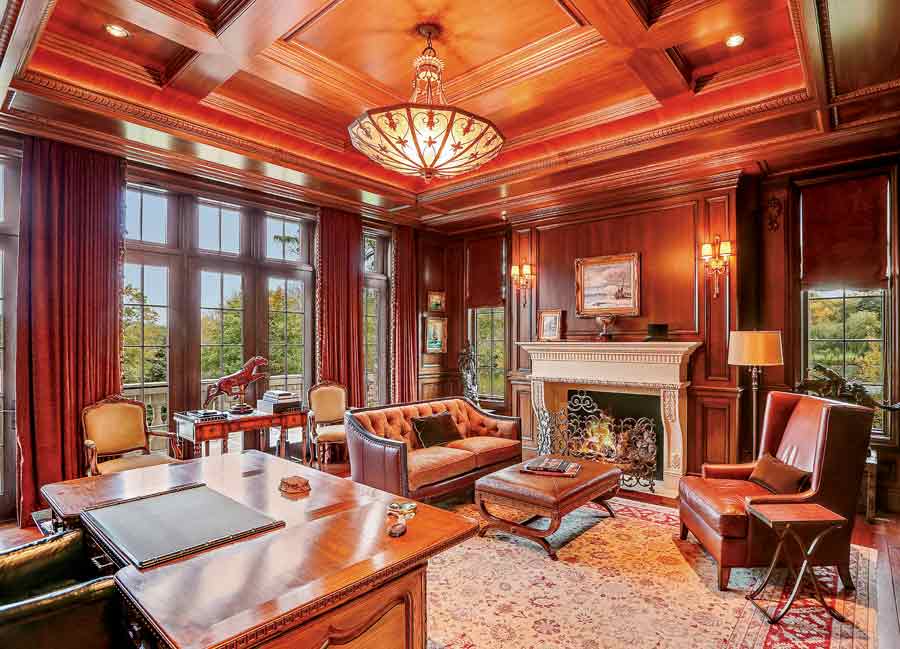 This 45 Lakeview Lane property is currently on the market for $9,950,000. To view more pictures and lifestyle video of the home, visit barringtonhillsestate.com.