There are not a lot of birds singing this time of year. Most species have nested, raised their young, and have either scattered or are staging (gathering) in flocks before southward journeys. Only occasionally does birdsong ring out in local woodlands, prairies, and wetlands.

But there’s one bird that does sing regularly these late summer days. That is the sedge wren (Cistothorus platensis). It’s a chatterer or, perhaps more accurately, a stutterer—“ch-ch-chichichi!” Sometimes I hear its song in May as it passes through the Barrington area, but more often it’s not until July or even August when the bird sings day after day as it advertises for a mate and protects breeding territory. When I hear its loud and unmistakable stutter, I approach slowly, sometimes “pishing” as I try to coax it from its perch deep in vegetation. The bird almost always rewards me with a brief glimpse of itself, darting like a little feathered helicopter in a short flight to some other sub-grass-top perch.

When I first made acquaintance with this species decades ago, it was known as the short-billed marsh wren, to distinguish it from its close cousin, the long-billed marsh wren. The latter species is now called simply marsh wren and the adjectives indicate the different habitats for each species—one preferring thick sedges or grasses, the other tall cattail marshes. For me the new names were a relief, as I had a hard time remembering earlier which one associated with which habitat. 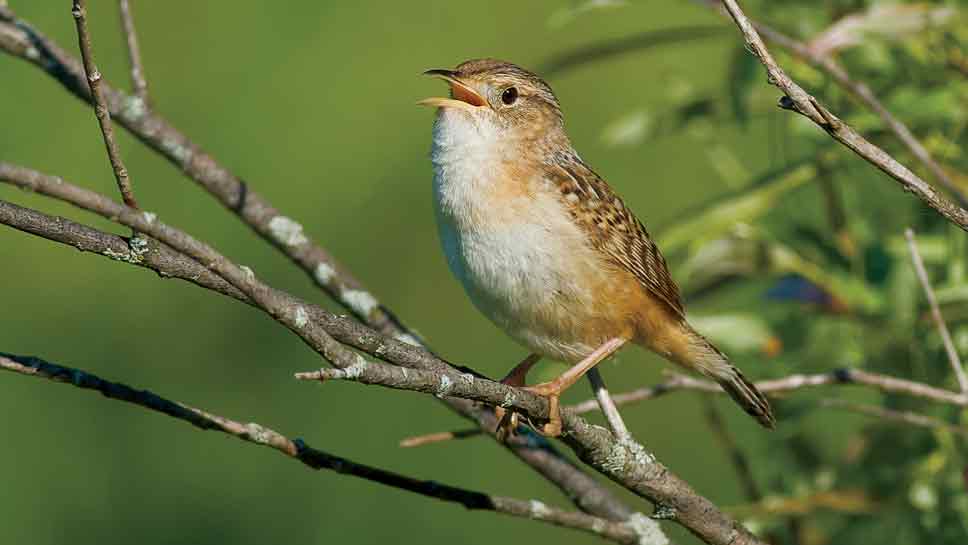 The sedge wren is a nomad. While many species return to the same location year after year to breed, the sedge wren is entirely
unpredictable. It spends winter months in the southern part of the country, largely along the Gulf and Atlantic coasts, and returns to Midwestern and Canada regions in April and May. From there, it’s anyone’s guess where the wrens will show up. Often they nest farther north early on, then drift a short ways southward to build their globular nests and breed again—which is when we can hear and see them in the Barrington area.

It’s often—no, usually—difficult to get a prolonged look at a sedge wren, but sometimes the bird will surprise you. Last fall on
a walk at Citizen for Conservation’s Flint Creek Savanna north of town, I heard and spotted a sedge wren in textbook habitat at the edge of a thickly vegetated wetland. I held my breath as one by one, walk participants filed by only three to four feet from the pert little guy, watching his diminutive brown body bounce up and down, tail characteristically cocked, as his legs stayed fastened to a plant stalk. It was as if the bird was trying as hard to see us as we were trying to see it. Never have I experienced such a close encounter with the species, nor seen so vividly its finely etched back and wing patterns, and it remains one of my most memorable birding moments.

Sedge wrens will likely linger in our area for several more weeks. Local preserves with thick, moist vegetation are all likely candidates for habitat. Cook County Forest Preserves’ Galloping Hill off Penny Road in Barrington Hills and Flint Creek
Savanna, mentioned above, seem to host the bird more often than not.

The best clue to their location is that ch-ch-chichichi stutter. The hardest part will be finding the source. But if you’re patient and attentive, you may well catch sight of this dynamo. 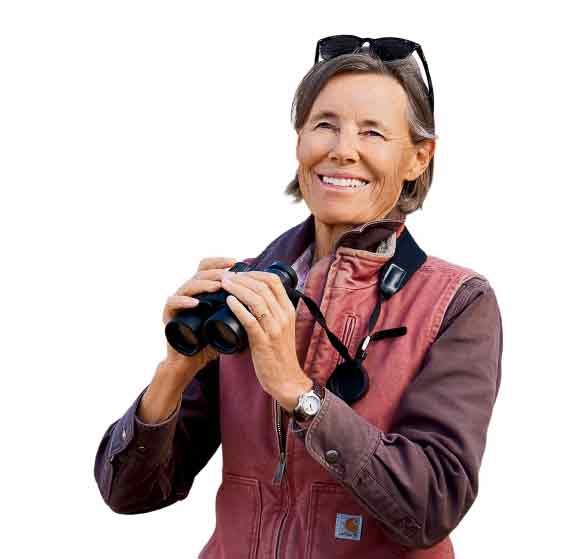 This article was reprinted with permission from 365Barrington.com