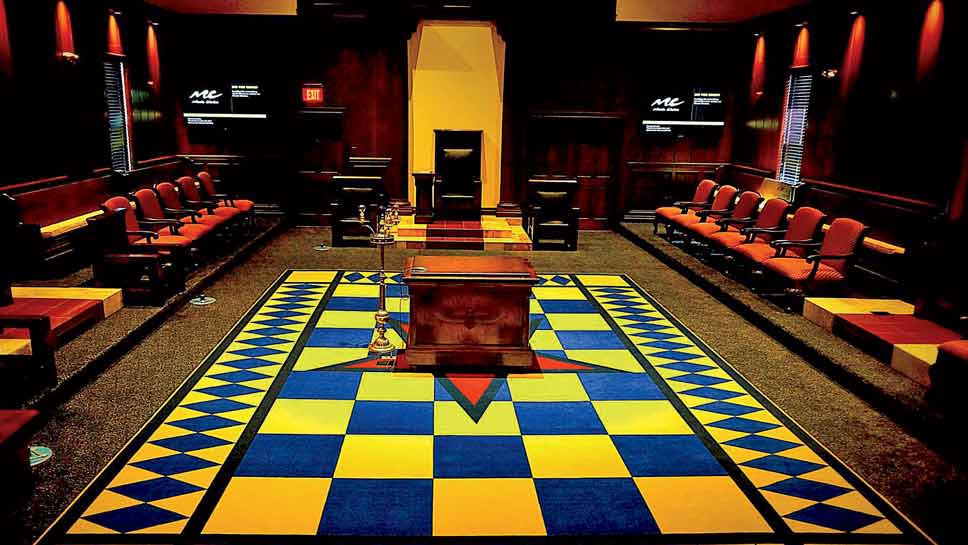 The Monitor Lodge that started in Elgin in 1867 expanded over the last 150 years to include other lodges, ultimately merging into what we know as Barrington Masonic Lodge No. 522. Here is a look back at that proud history.

How did the Barrington Masonic Lodge No. 522 get to be 150 years old, you ask? It’s a good question, especially considering that Barrington itself was just being founded at that time.

It’s quite a pedigree.

“We are proud of our members and of this important milestone,” says Curielli, a second-generation member of Lodge No. 522. “The rededication of our Lodge Temple on 312 Cook Street in late July commemorated a rich history of brotherhood, collaboration, and support. We are always honored to serve our community.”

The first meeting place for Lounsbury Lodge of Barrington was probably over Hank Abbott’s Drug Store at 111 South Cook Street, he explains. The two-story brick building (which also housed the Vemilya Hotel) was destroyed in 1898 by a devastating fire. No Masonic property or records survived the blaze.

From there, Lounsbury Lodge moved to the third floor of the Commercial Hotel at 232 East Main Street, and then later to the second floor of the Schroeder Hardware Company on the corner of Cook and Hough Streets. That’s when they decided to take a bold step and “write a new chapter in their history,” says Curielli.

A “Masonic building corporation” was organized, composed and authorized by members of the lodge and in 1931 they bought the current 312 Cook Street Lodge Temple from the Methodist Society. The historic English Gothic style church building originally included two steeples, which were removed after the belfry had been struck by lightning.

Members who were part of the group that purchased the building did much of their own work in the refurbishing and remodeling. Earlier this year, more than eight decades later, the Barrington Lodge No. 522 Temple was refreshed once again—with every modern amenity needed to bring the organization into the 21st century.

Curielli says the building rededication officiated by Anthony Cracco (the Most Worshipful Grandmaster of the State of Illinois) coincides with the 300th anniversary of the founding of modern worldwide freemasonry—the largest and oldest fraternal organization in the world. For the last 15 years, Barrington Lodge No. 522 has earned the Grand Master’s Award of Excellence, the highest state honor attainable by a lodge. And that’s exactly what ever freemason aspires to. As Junior Warden Gregg Gingerich says, “our true mission is to improve our communities by improving ourselves.” And so they do, today as much as they did 150 years ago.

For more information about Barrington Lodge No. 522, visit barringtonmasons.org.