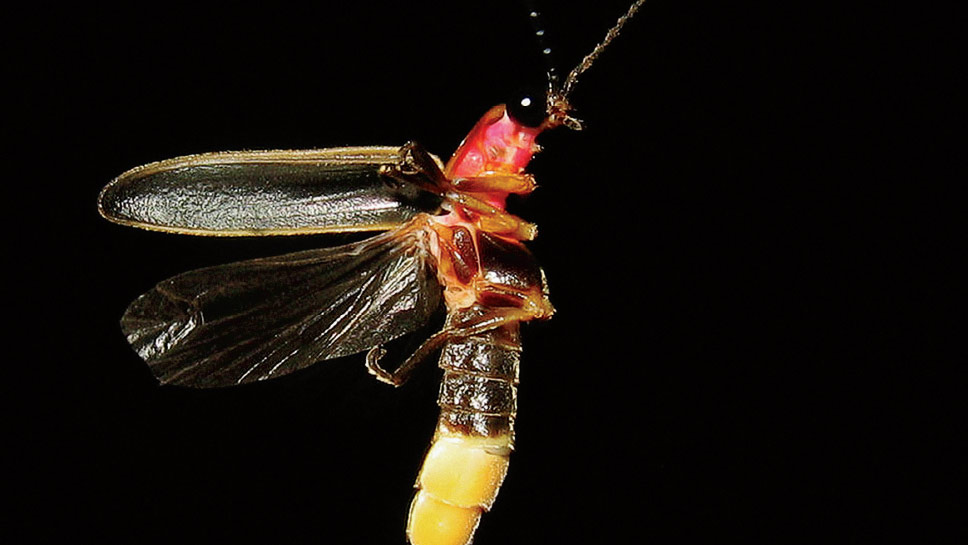 Tips for enjoying what’s left of the firefly season. PHOTO BY TERRY PRIES

Fireflies are comforting. No matter how our lives change, we can rely on summertime pleasures like watching an insect light show for several magical weeks.

But while the firefly still seems abundant, populations are likely declining due to habitat destruction, pesticides, and light pollution.

Studies have shown, for example, that in Brazil, artificial light including spotlights on a nighttime sports arena, lamps near the buildings of a university, and other city lights were negatively affecting populations of fireflies.

Anecdotally, the number of fireflies in my neighborhood has diminished. A huge open field down the street used to light up with the insects in July, but that field has been paved over to make way for housing and shopping complexes.

We can help these fragile creatures that only emerge for a short time in summer—if not for the beauty of their glow, then for what they can provide to humans. For example, scientists have learned what makes them glow—and that information has been used for medical research and food-safety testing.

With more than 2,000 different firefly species living in the world, who knows what else scientists might discover about these glow-in-the-dark insects?

More than 120 different firefly species live in North America, and likely several different species are glowing in your suburban yard in early summer.

Their flash patterns and variable glow colors help distinguish the species so they can find the right mate. The most common is called the common eastern firefly. It’s actually not a fly, nor is it a bug. Rather it’s a flying beetle in its adult stage, which only lasts a few weeks.

As larvae, these insects eat earthworms, snails, and slugs. As adults, they drink nectar and eat other insects including other species of fireflies.

In spring, larvae—which may have spent a year or more underneath the soil—turn into pupae and then finally emerge as adults.

That’s when the light show begins.

Males take short flights and emit flashes to attract females. If a female likes what she sees, she’ll flash back, often while perched on a plant or a tall blade of grass. The male approaches her and they mate. Later she lays 400 or more eggs in moist soil, on a dead log or moss, which hatch and then overwinter as larvae. Having fulfilled their destiny, the adult lightning bugs die.

The light they emit occurs when a reaction among chemicals in the fly’s abdomen, converts chemical energy to light energy. It’s efficient that nearly all of it is released as light and hardly any of it as heat. The special properties of enzymes within the fireflies encouraged companies to use firefly components in their products, for example, in the 1960s one Missouri-based company used fireflies to create bioluminescence kits.

The company created a firefly scientists club and paid adults and children to harvest fireflies. That practice has largely stopped. Synthetic versions of the chemicals found in fireflies are often used now—and humans are beginning to appreciate even more the miracle of the lighting bug as one of nature’s great spectacles.

For example, so many people want to view a species of firefly that lights up with its kin synchronously in the Great Smoky Mountains in spring that they have to sign up for a lottery for the chance to take a trolley in the dark to observe the show. Some countries, including Thailand and Japan are protecting firefly habitats.

Fireflies tell a lot about an ecosystem’s health—higher numbers live in soil and water that is unpolluted.

Here’s how you can help and enjoy fireflies in your neighborhood.

• Turn your porch lights off during flight time to give the insects a chance to see the light of their brethren.

• Avoid using pesticides and other chemicals in your yard.

• Keep a few dead logs in a brush pile for overwintering larvae.

• Add water, which attracts fireflies, to your landscape.

• Children are fascinated with fireflies. Teach them how to observe and collect them without harm. Place a moist paper towel inside a clear glass jar with a pierced lid to let in air. Cup your hands around a firefly, then gently release it into the jar. Do not keep the firefly for more than 24 hours in the jar, and release it just before dusk so it can avoid predators and find a mate.

The timing is perfect now to go out to one of your favorite natural areas at dusk with your family—and just sit and watch the natural light show. For some it might even rival the man-made light shows we saw last month on Fourth of July.