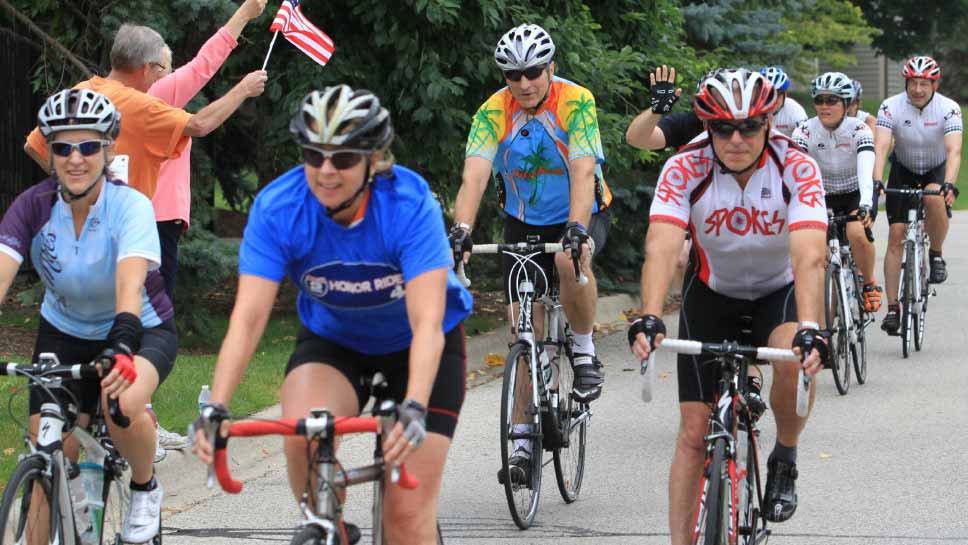 Steve Gray, a Coast Guard veteran who fell 30 feet in a 1983 shipboard accident and suffered brain and neck injuries, drove from his home in Kansas City last year to participate in a Barrington event that has been making a difference in the lives of veterans for seven years.

The Barrington Honor Ride & Run (BHRR), a non-competitive cycling event where active service members, injured veterans, first responders, and the public come together to raise crucial, life-changing funds in support of Project Hero’s local programs, will be held this year on Sunday, August 13.

Gray will be there again this year in what he says was a “life changing” event.

“If it weren’t for me riding with the veterans, I’d probably be in a wheel chair now,” he explains. “My condition had been getting worse and worse. Now if I didn’t ride I’d be stiff legged and could not even get around. That Honor Ride in Barrington is where it all got started for me.”

Brothers and sisters Mark Konicek, Colleen Konicek, and Katie Konicek
Karam have organized the Barrington event from its inception.

For a donation, you can ride, run, or walk with them. Walk a mile on your own, or bike for 47. This year’s event will feature three bike distances (10, 30 or 50 miles) through the Barrington’s idyllic scenery, and a trail run and fun walk through Spring Lake Forest Preserve.

If past events provide prologue, the day will be high-spirited civic affirmation of duty and thankfulness, though designed to do far more than engender sentiment.

It’s a day of literal healing. 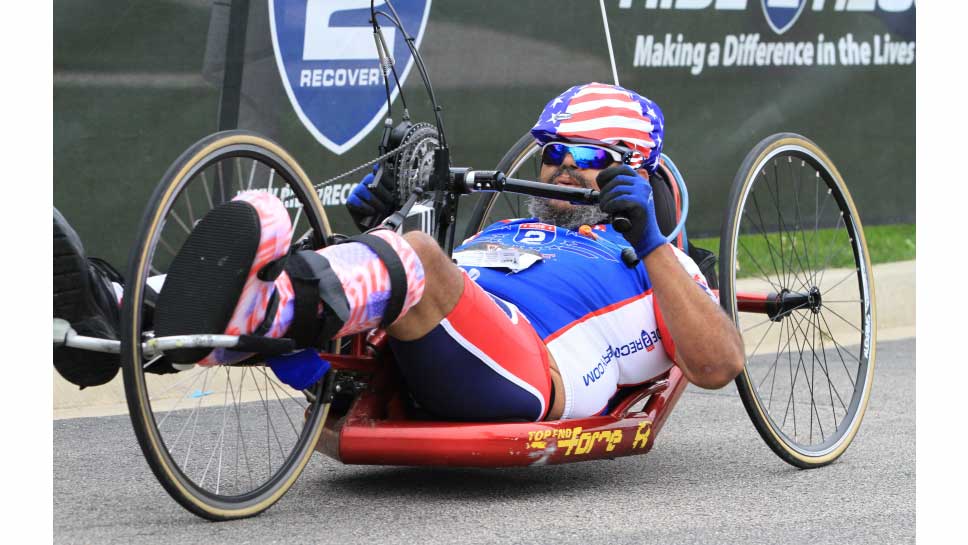 “Every time I talk to one of vets, it’s one of those emotional moments,” Colleen says. “You are talking to people who lost limbs and they are saying ‘thank you’ to us for remembering them.”

The premise is that military veterans who survive bullets, explosive booby traps, and the mental shock of combat can survive, though remain wounded in ways that medical science alone can’t fix. They need to be honored and remembered, and they need activities that give them an incentive to stay active and healthy.

The umbrella national movement that launched as a nonprofit charity in 2008 now has been in business long enough to prove its value. One hundred percent of its proceeds funnel into the human lifeline. Every year Barrington sends around $45,000 to Project Hope.

This year’s Barrington event rises to an even higher level. As part of 200 multi-level events nationally, Project Hope stages regional challenges in which injured veterans pedal 400 miles. The Great Lakes Challenge with 150 veteran riders finishes in Barrington to join the August festivities.

Gray returns with the long riders.

If the challenges (this one starts 465 miles away in Minnesota) seem like an ultimate physical and mental test for wounded veterans, it is meant to be exactly that. In fact, the challenge of overcoming limits is a lure that inspires many wounded vets. It’s part of their spiritual DNA.

“Anybody can ride a bike, and we’ve proven that,” says national Hero Ride Coordinator Jack Shepard. “There’s a guy who lost both his arms, and we built him a $20,000 mountain bike where he can shift gears with his knees and brake with his butt. We’ll build a bike for any injury.”

Shephard says he witnesses the positive impact of what this does daily.

“This program has helped me simply by relieving pain I’ve had for 20 years and it helped a lot of others with even more issues,” he says. “I never had PTSD. What they realize is they can pull themselves out of the pit of depression simply by riding these bikes. You need to be focused and prepared on the road. It lets the veterans feel thoughts other than remembering their best friend dying right next to them.”

But most of all, the curative powers flow in both direction. Veterans who lost limbs on the roads and alleys from Baghdad to Fallujah have limped home with scars both to their bodies and their souls.

We asked them to go. Now we have brought them home to be cured.

The 7th annual BHRR will take place August 13 at the Barrington Hills Park District with opening ceremonies—including the Operation “Wild Horse” Mounted Color Guard—at 8 a.m. The bike, run, and walk culminate in a community festival of fun for the whole family as BHRR joins forces with Barrington Hills’ 5th annual heritage festival, “The Hills Are Alive.” Enjoy free food and music, free activities, and games for the whole family. Participants can register online or donate at honorridebarrington.com. Veterans ride for free.