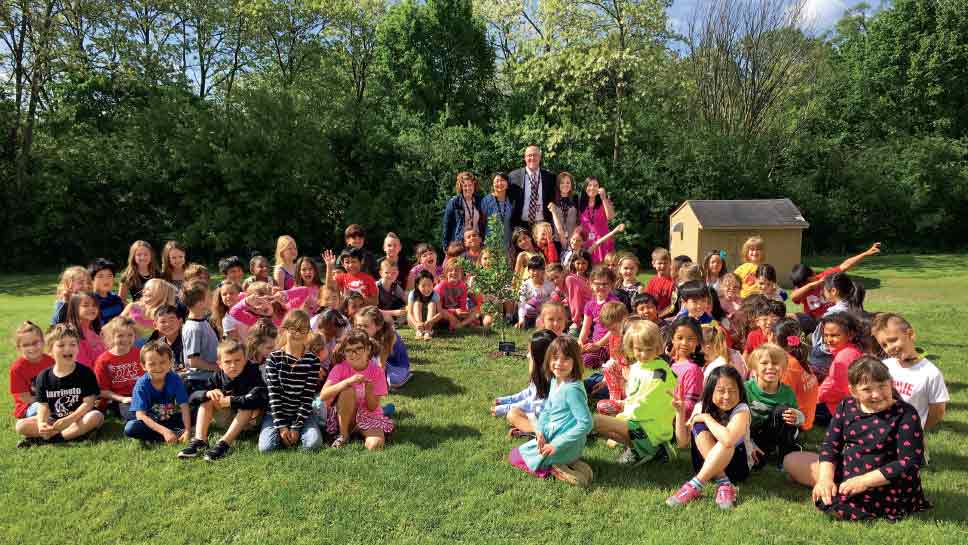 The Chinese Immersion Program offered through Barrington School District 220 attracts residents to the area for a one-of-a-kind educational and cultural experience.

When families begin to evaluate and compare communities where they will raise their children, schools are often at the top of the list. But Barrington District 220 has a secret advantage that some may not know about—one that offers students an education with a uniquely global edge.

Founded seven years ago through a 2010 Federal Language Assistance Program grant, the Chinese Immersion Program (a 50-50 model) has given students in District 220 a rare opportunity to receive instruction in both Chinese and English, resulting in a dual diploma with a seal of bi-literacy. It’s currently the only program of its kind in the state of Illinois.

Jerry and Heather Ewalt are among the families that moved to Barrington specifically for that program after relocating back to Illinois from California. Two of their children, Ellie and Cora, are now currently enrolled and two more are expected to.

The K-12 language and culture program was also the driving force that led Len and Lisa Vraniak to move their family from an Uptown condo in Chicago to Barrington. Their two daughters, Kate and Lucy, had already completed three years of Chinese immersion in a private Montessori school and the family was intent on continuing their language education through to graduation from high school. Thanks to the reputation and success of the Chinese Immersion Program, Barrington was the obvious choice.

Shelby Elias, president and co-founder of the Barrington Chinese Immersion Council (BCIC), says the program has become so successful that there is now a wait list for the first time in its history. 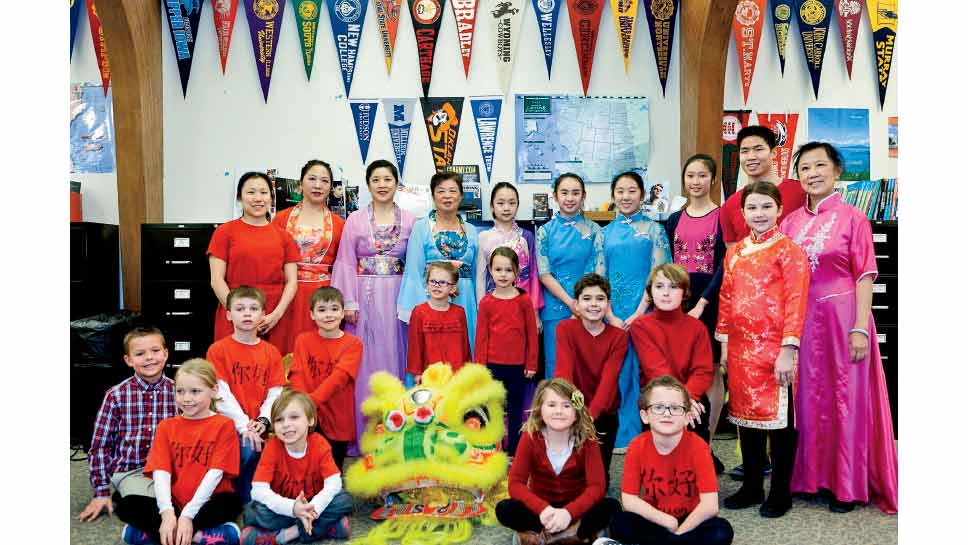 Students and dancers after a Chinese dance performance

“The Chinese Immersion Program began in the 2011-12 school year with both a kindergarten and first grade cohort of approximately 90 students,” says Elias, explaining that the BCIC is a nonprofit, parent-driven group created to support the program. “When school starts back up again, the program will have more than 260 students currently enrolled in grades pre-K though 7 across five separate schools in the district.”

Each year, an additional grade level cohort is added until that first group reaches 12th grade, establishing the full K-12 track. The 50-50 model that begins in elementary school gives way in middle and high school to a concentrated study of specific content areas learned in Mandarin (currently Social Studies) and an advanced language class created specifically for the Immersion students.

“Carrying on the long-standing tradition in District 220 of strong parental involvement in strengthening our schools and their programs, BCIC was founded in 2014 by a group of parents from the original cohort that started at Barbara Rose Elementary School in 2011,” Elias says. “Much like a traditional PTO/PTA, BCIC’s intention is to support the students, teachers, administrators, parents, and the community. “

At the beginning of each school year, BCIC fulfills teacher wish lists for additional language specific classroom supplies. They sponsor cultural experiences such as the Yellow River Performing Arts Troupe that are open to the entire Barrington 220 community. This past spring, they sponsored an afternoon at the theater for a private viewing of Disney Nature’s Born In China.

Proceeds from that event went to purchase Ginko trees that are currently being planted at the three elementary schools that host the Chinese Immersion Program. BCIC continues to promote support for the immersion program by building a float for the annual Barrington 220 Homecoming Parade and by marching in the annual Chinese Lunar New Year Parade in Chicago. 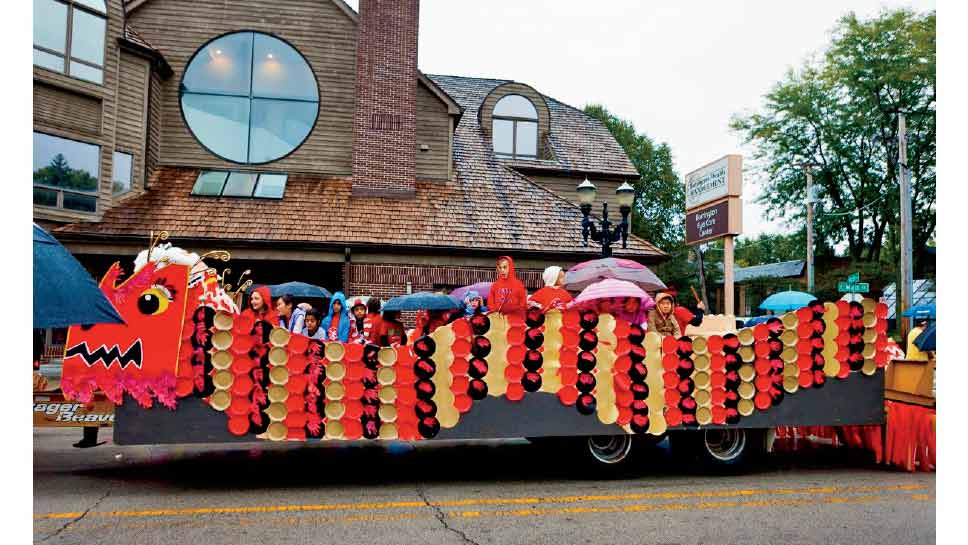 As the program has expanded, so too has the vision of the BCIC. Now in the planning stages, BCIC is hoping to sponsor a student trip to China and a Chinese student exchange program.

Elias is proud of the success of the Chinese Immersion Program and BCIC. Her daughter, Olivia, will be entering 7th grade this year and was part of the first cohort of students. 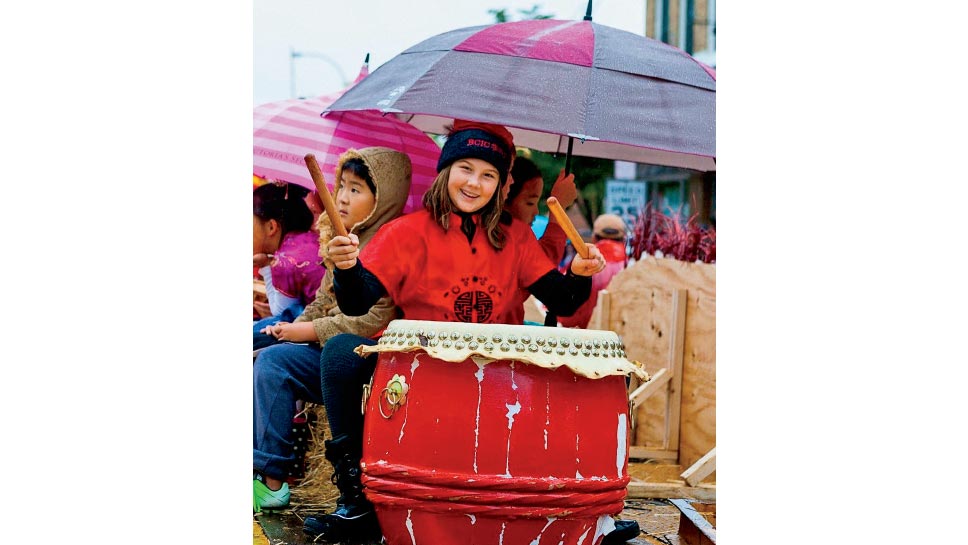 “Thanks to the hard work and dedication of students, parents, administrators, and the amazing teachers in this program, the Barrington 220 Chinese Immersion Program has become a model program that other schools across the country look to emulate and will continue to be a strong draw for families relocating to the greater Chicago area,” Elias says. “This first cohort and pioneer class has paved the way for future students.”