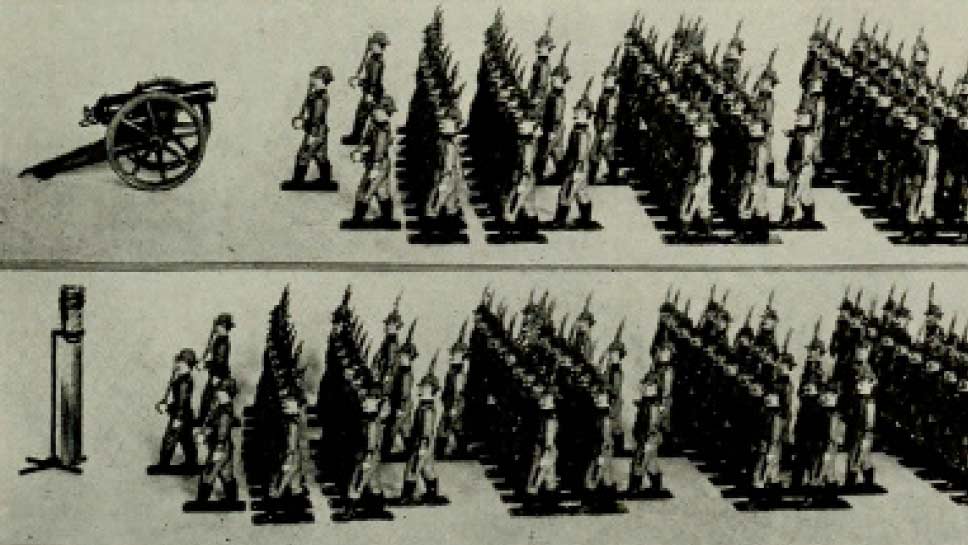 Barrington was barely a village when the Civil War broke out in 1862, and yet, there are several burial grounds in the area where the fallen found their final resting place—including one where a Union soldier lies alone.

It is customary in our culture to pay respect to heroes of solitary conflicts because that’s why we buried them all together. The victims of the wars we have fought never quite leave us, and remembering them is a civic habit that unifies our shared values, particularly when Memorial Day or the Fourth of July roll around. But we sometimes forget our heroes and even forget where we buried them.

So when we got a tip about a forgotten Civil War cemetery on the outskirts of Barrington, it was hard to know where to start looking. Barrington was barely a village when the Union got defeated at Bull Run in 1861.

As Gerald F. Batty, Barrington resident and past president of the Northern Illinois Civil War Round Table, wrote in a document on file at the Barrington Public Library, we had just been declared a “township” in 1840, and didn’t receive a charter by the State of Illinois until February 16, 1865. 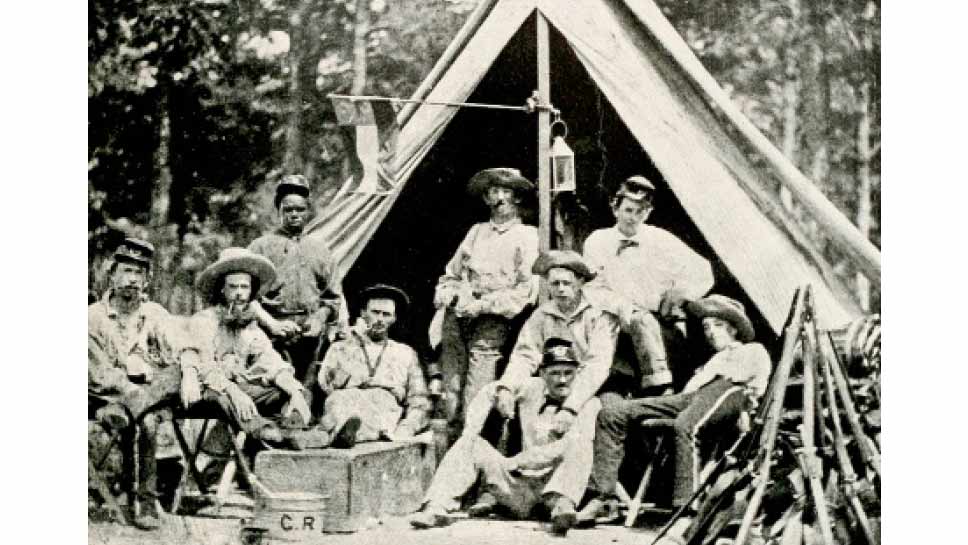 “In July, 1862, President Abraham Lincoln called for 300,000 volunteers, which was met most enthusiastically throughout the North with new recruits chanting to a popular hymn of the day ‘We are coming, Father Abraham, three hundred thousand more’ as they marched to the war. 179 men registered for military service with the Township of Barrington as their address,” Batty wrote. “Over the span of the war, the Miller’s Grove Methodist Church was an active enlisting center. Today, it is the site of a Korean church and has a memorial with the names of 98 Barringtonians who enlisted at that recruiting center. An adjoining cemetery contains the gravesites of 10 Civil War veterans.”

The cemetery we were set to investigate was not that one.

In fact, an onsite visit and further digging into records shows that what is known as the Barrington Union Cemetery is the home to only one soldier who died during the Civil War. His name is Army Private Horace R.D. Freeman, and the most telling part of his story today is how he was buried in this surprisingly pastel glen off Algonquin Road in Barrington Hills with 30 or so strangers, many of whom shared his century, though not his war.

As far as Civil War cemeteries go, Private Freeman could be the loneliest Yankee of all. 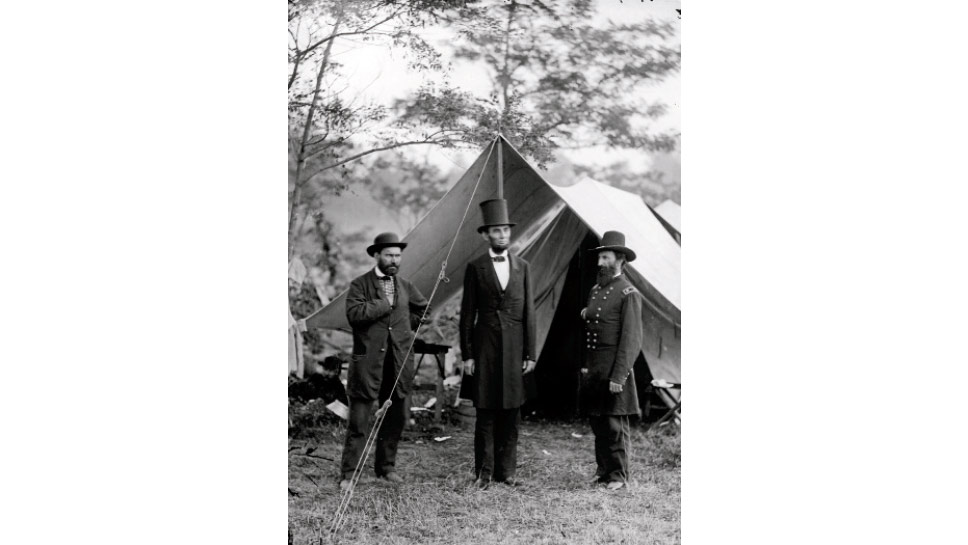 Seems that founding Barrington farmer and patriarch Henry Smith deeded one acre in 1866 and set it aside for all those Barrington boys who perished in the Civil War. There are 130 or so national cemeteries filled with that war’s casualties. This isn’t of them.

As Barrington Township records indicate, this was a family enterprise. It once had 80 identifiable graves, but now only 30 stones dot the four acres. Even more revealing is that Township officials have run the place for 30 years because no one else would.

“We have an original handwritten note that shows where everyone is buried,” says Amy Nykaza, the Barrington Township supervisor who oversees the township’s cemeteries. “But many of the headstones were stolen and sold at the Elgin Flea Market, which is a pretty sick thing to do.”

Vandals and vagabonds aside, it remains a secret garden of sorts. Magical, in its own way. By decree, there will be no more burials there. Now it’s just a well-manicured respite of withered sandstone being washed from existence by weather, time, and ennui.

Many of those buried here did live through the Civil War as civilians, including 34 women, who were not subject to military service. One other descendent of the families buried here, Charles Helm, had enlisted and served in the Civil War. But Helm’s tenure in the Illinois 69th Infantry Regiment lasted only 2,400 hours before he was “mustered out” and returned to civilian life.

This indeed makes Freeman the only occupant who died during service—the highest honor in the minds of Civil War historians. Digging a little deeper though, we learn that his death “in service” was not so much on the battlefield as it was in the hospital bed of infection. 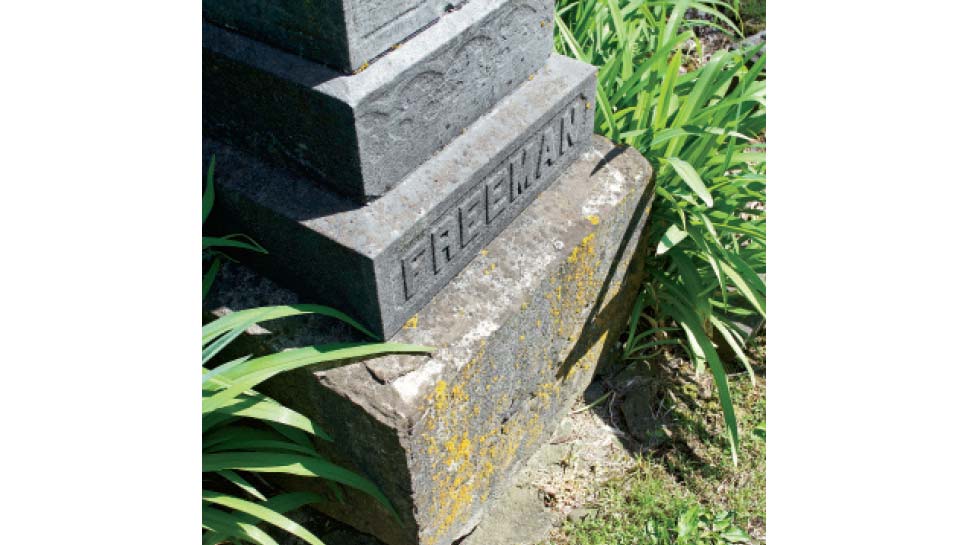 Brother versus brother stories aside, that was one of the great tragedies of this war.

Accounting for the carnage of the first high-technology continental combat was imprecise in the 19th century. It was a grisly conflagration and just as much a four-year infectious disease epidemic built on invisible sanitation, tainted food, and ignorance of microbes. Of the war’s 620,000 casualties, at least 60 percent perished from something other than gunfire, usually typhoid, dysentery, or pneumonia.

Records indicate one of those killers doomed Horace.

Typhoid’s intestinal infections killed 40,000 Union soldiers. In 1862, when Freeman enlisted, six percent of all Union soldiers were diagnosed with typhoid fever; two percent of the entire Army died from it. Horace was 23 on March 10, 1863, when incurable infections laid him low at the Memphis Army Hospital.

That anyone knows where Horace is buried is partly because he died in bed. Soldiers dying of illness are easier to count, and half of Lake County’s 300 war fatalities were from illness.

Old trees and gentle dandelions guard his solitude now. But unlike so many others, at least Horace got to come home and rest in peace. Now that we know he’s buried there, maybe we’ll do a better job of remembering him and other heroes from that fateful chapter in our village’s history.