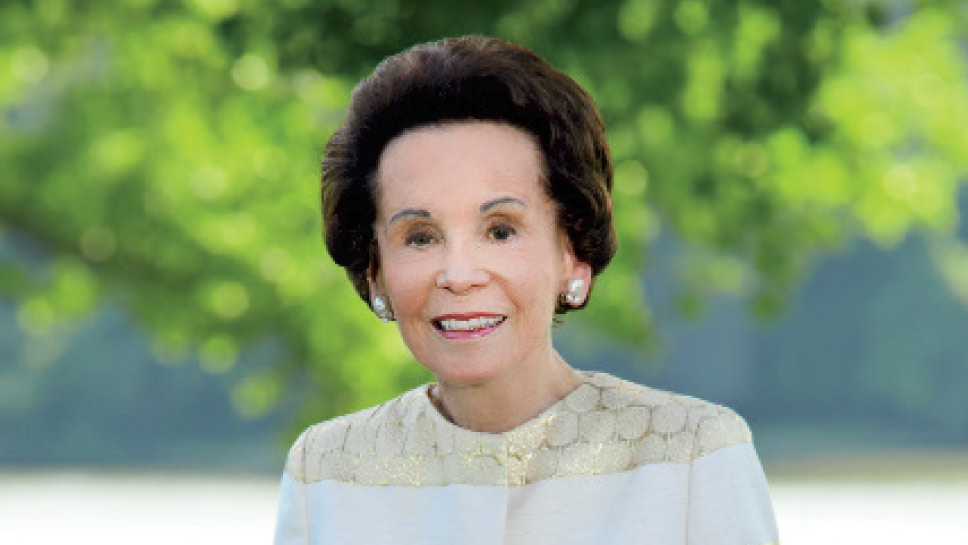 Barrington area philanthropist Mary B. Galvin shares the story of her passion for supporting the arts and her role in bringing The Joffrey Ballet to Chicago.

One night in late April, supporters of Chicago’s venerable Joffrey Ballet paid a loving homage to one of Barrington’s most committed philanthropists.

Long-time resident Mary B. Galvin was honored at the Joffrey spring gala for her life-long commitment to dance, music, and arts education. Hosted by The Joffrey Ballet Women’s Board, the evening brought to light not only Mrs. Galvin’s life-long devotion to the arts, but her role in bringing The Joffrey Ballet to Chicago more than 20 years ago.

Mary’s presence brought more than 700 guests, including Chicago Mayor Rahm Emanuel, to their feet. She was gracious and elegant, as always. Humility is part of her aura.

A video tribute celebrating Mary’s dedication to the arts community opened the evening at the Auditorium Theatre. World-renowned dancers from Joffrey Company, the Academy of Dance and Community Engagement performed a series of dances in honor of Mrs. Galvin, with the festivities concluding at the Palmer House. 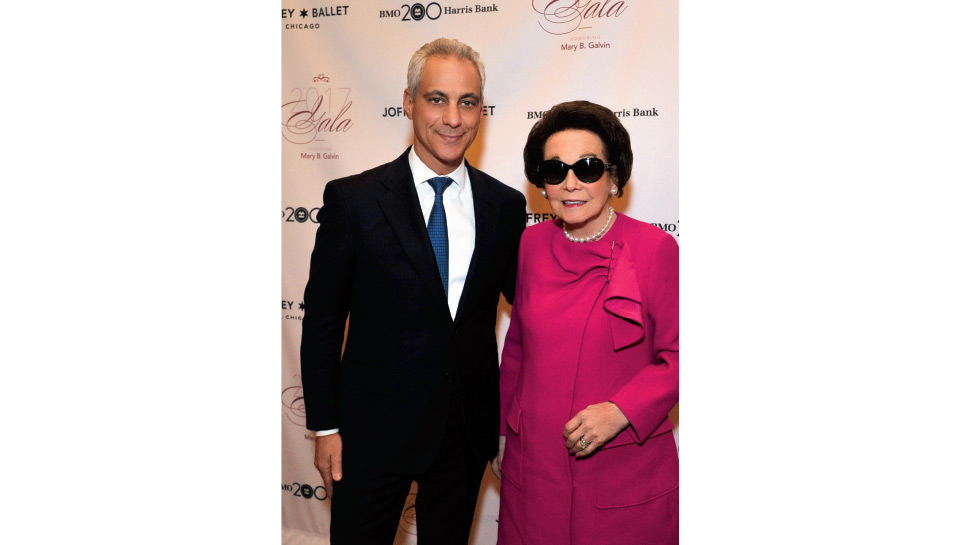 “We are fortunate to have found in Mary Galvin an individual whose unwavering passion was translated into decisive action,” Joffrey’s artistic and executive director wrote in a shared statement in the April 21 gala program guide. “Mary, to you we want to say thank you for choosing the Joffrey. You opened the door to Chicago and our success is a product of your kindness and the exquisite simplicity of your welcome. Because of your support, the Joffrey found a home here… and it is the persistence of your continued friendship that has elevated us to continually greater heights.”

But we were longing to know more, to tell the story behind the woman who made the stories possible—on the stage and on the page. Our query is what brought us one sunny May morning to meet the woman who was not only witness to cultural history but was, in fact, the cause of so much of it.

Mary Galvin has not lived a quiet life with quiet achievements. As a patron of the arts, she has proven her dedication to acting with influence at seminal moments. 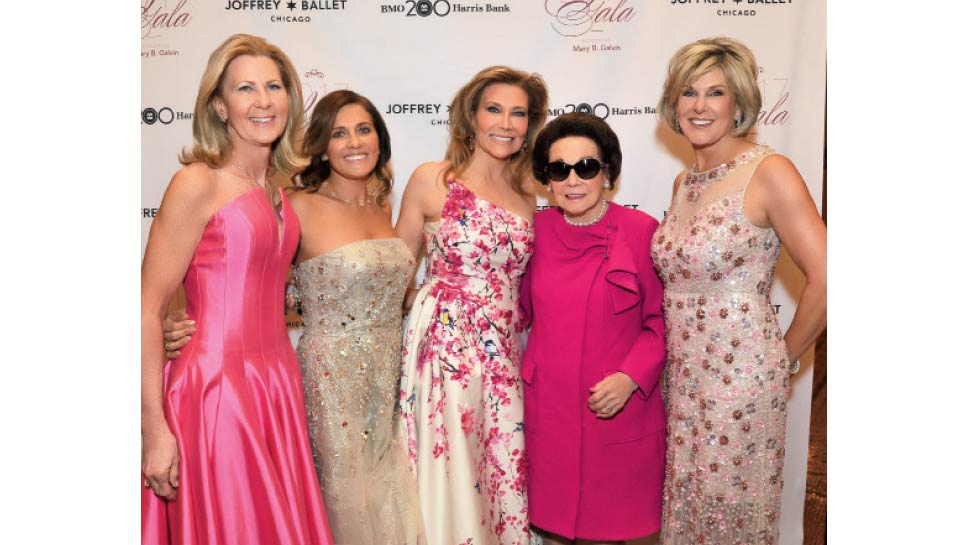 Born and raised in Chicago, Mary graduated from Northwestern University in 1945.

Despite her passion for the ballet, she was never a dancer.

“Violin was my instrument,” she says. “I was taught by a Sister of Mercy nun at Immaculata High. The nuns have their ways.”

Mrs. Galvin married soon after graduation and started a family in Evanston, doing whatever she could to support the arts along the way. Now a great-grandmother, she hasn’t stopped working.

“It’s a privilege to be busy,” she says, adding that she often finds a reason to visit Chicago to plan her next artistic adventure.

But she’s been more than just busy.

Over the last five decades, she’s been a major player in Chicago’s philanthropic big leagues. The Galvin Foundation has fostered the Chicago Symphony, the Chicago Museum of Art, Northwestern University, and the Stradivari Society. 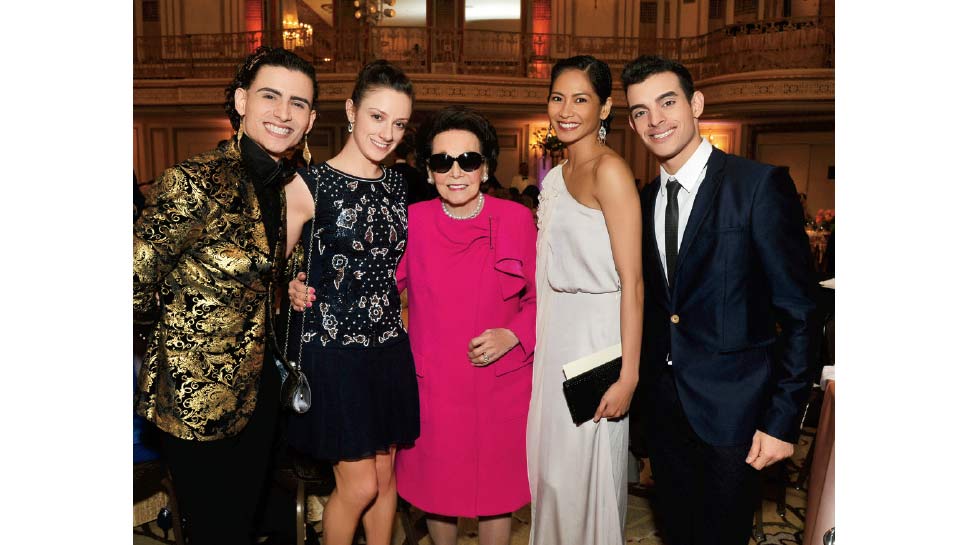 All that was missing from this rich cultural landscape was a major classical ballet company. Mary saw the need, and she seized the opportunity to make it happen.

To fully demonstrate the magnitude of what Mary Galvin did for Chicago arts, leap back 20 years to the spring day when the financially troubled but brilliant Joffrey Ballet left New York and came to Chicago.

The state of American ballet in 1995 was in turmoil. Government subsidies shriveled, great dancers performed for pittances, and professional troupes from Los Angeles to New York faced financial extinction. The Joffrey—always inventive, non-traditional—had endured a decade of challenges.

And then that spring, Mary Galvin flew to New York to meet with the Joffrey’s famed artistic director and co-founder Gerald Arpino—who happened to be a personal friend.

“We had a perfectly wonderful conversation, but he did not seem enthusiastic about leaving New York,” Mary recalls. “What I had going for me was
Chicago.” 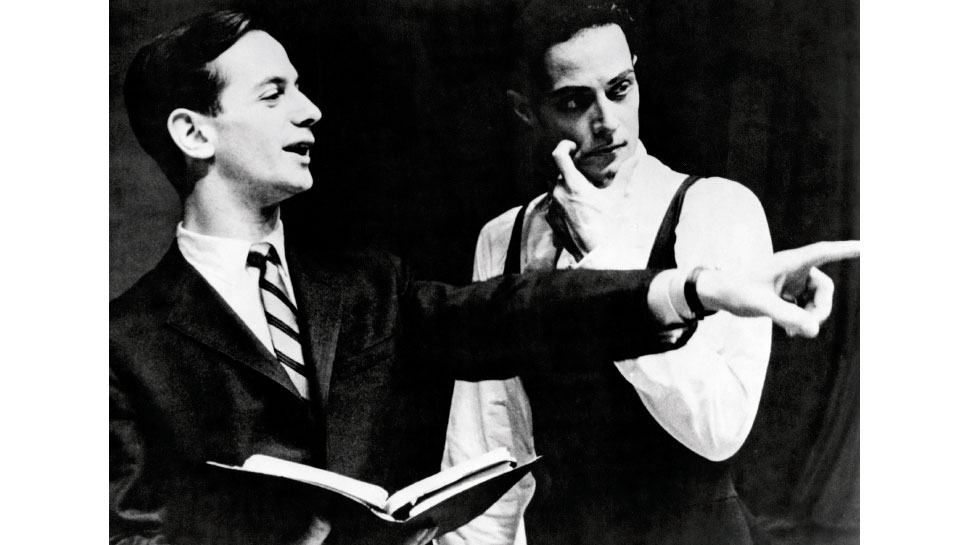 Robert Joffrey and Gerald Arpino, co-founders of The Joffrey Ballet

She remembers that first meeting with Arpino and his subsequent visits to Chicago very fondly. It was the perfect fit for a city that was already home to world-class orchestras, opera companies, theater troupes, and modern dance companies.

Fellow founding Chicago Joffrey Board of Directors Barbara Levy Kipper and Fred Eychaner recall Mary Galvin as “a gracious and generous member of the small group that brought The Joffrey Ballet to Chicago in 1995. She and her close friend Nancy Klimley, for whom the boardroom (at Joffrey Tower) is named, insisted that the high standards of the Joffrey be guarded zealously and that no compromises be made in artistic quality. As an influential name in Chicago she had the power to ensure that this happened. The Joffrey is what it is today because of her vision of quality.”

That vision carried forward, from ushering The Joffrey Ballet to Chicago in 1995 through today.

Among Mary’s achievements for the Joffrey alone are the appointment of Ashley Wheater as Artistic Director, the construction of Joffrey Tower, recruiting Executive Director Greg Cameron, and the creation of a new Nutcracker. Mrs. Galvin was also integral in establishing the Joffrey as Chicago’s resident ballet company, stepping up to help provide much-needed support, structure, and status to the newest cultural institution in town. Her consistent support allowed Joffrey to be sustainable in good times and in bad. Mary was involved in establishing the first endowment, the Rudolph Nureyev Fund, which has helped to retire organizational debt. 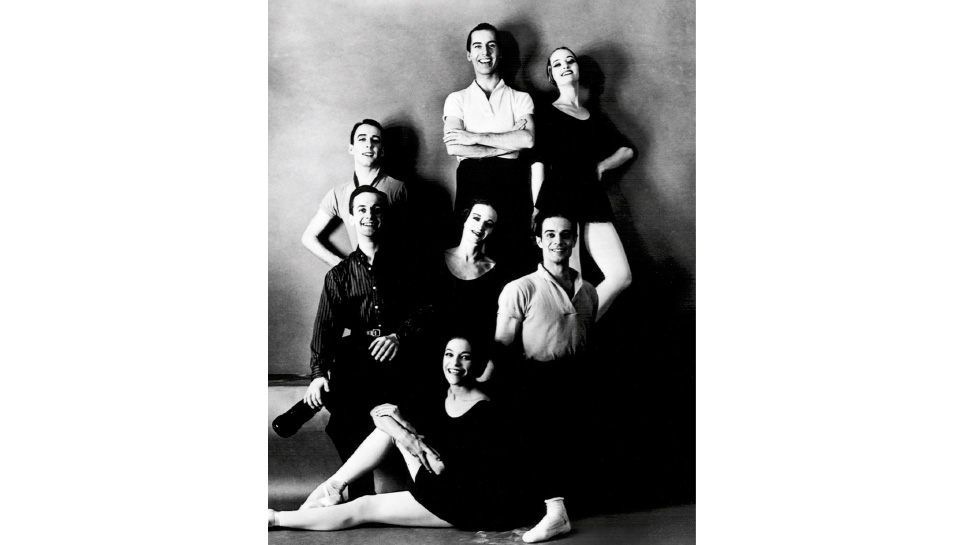 1956 photo of the original Joffrey dancers

But Mrs. Galvin’s devotion to the Joffrey did not end her commitment to the rest of the arts community.

In 2015, a gift from the Galvin Foundation and Dawn Galvin Meiners, Mrs. Galvin’s daughter, helped Northwestern to build a gorgeous, acoustically perfect music venue in Mary’s honor. The 400-seat Mary B. Galvin Recital Hall is part of a new five-story Music and Communication Building on Northwestern’s Evanston campus that will also house the Henry and Leigh Bienen School of Music and the School of Communication.

“The entire Galvin family is pleased to honor our mother and grandmother for her passionate contributions to the arts throughout the world over the past five decades and to support Northwestern’s outstanding music and communication programs,” Mary’s son, Christopher Galvin, former chairman and CEO of Motorola, said in a statement.

Sitting in her living room with her signature Chanel sunglasses, gazing out at the oak forest and reflecting on the last 50 years, Mary expresses gratitude for the opportunity to be a part of it all—to make a presence and leave a lasting impact on the organizations she has touched.

Her dedication to supporting artists and institutions that bring art to the world has made for a life well-lived, one worthy of the honor she was given in late April.

However, there is always more work to be done. And those who know Mary Galvin know that where there is a vision, she will always find a way.