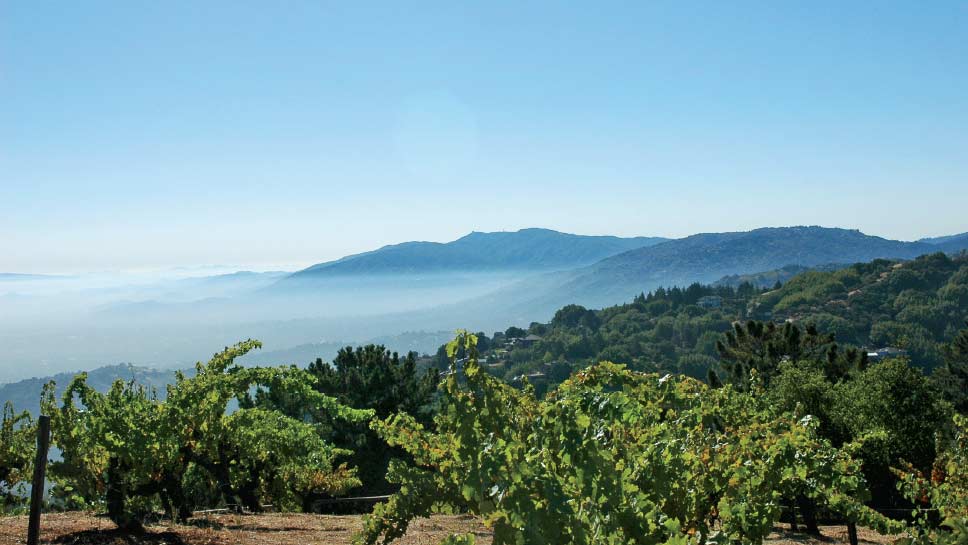 Some of the best winery tours in California all share an unexpected similarity: They all trace their roots back to our own North Shore.

Out in the grape-soaked nirvana that is California Wine Country, they have an old saying that’s worth remembering next time you want to do a little swirling and sipping out west. “Every vineyard,” the old saw goes, “has a story to tell — if only you take the time to listen to it.”

Chances are you know the CliffsNotes versions of some of them — perhaps Francis Ford Coppola’s cinematic spot in Sonoma or the bubbly story behind Korbel — but some of the most inspiring stories and best winery tours come from vineyards with North Shore connections.

We’ve picked the proverbial best of the bunch, creating a North Shore wine trail that’s as much a celebration of the grape plains of California as it is of our own equally fertile communities here at home.

In 1969, Evanston-born Paul Draper — a self-taught wine savant who learned how to make wine chiefly from studying old texts — was hired by a group of Stanford research engineers to see what he could do with a withering old vineyard named Monte Bello in the Santa Cruz Mountains. Draper’s charge was to dig his hands — and intellect — into the craggy limestone soil and produce a wine that captured the natural terroir of California. Draper did one better, crafting Ridge’s Monte Bello Cab, which promptly won fifth place in the famed 1976 Judgment of Paris, a competition pitting upstart California winemakers against legendary French producers. In 2006, when the bottles were re-opened, the Monte Bello took top honors.

Although Monte Bello remains open, its more striking sibling, Lytton Springs in Sonoma, offers one of the most thoughtful and educational tours in Sonoma. After sauntering through the eco-friendly facility, you can sip some of Ridge’s first-rate single-vineyard estate wines overlooking the greenest fields this side of Bordeaux.

For a more intimate — yet equally inspirational — tour, head seven miles south from Ridge to the 32-acre slip of heaven called Acorn Winery. You’ll need reservations because owners Bill and Betsy Nachbaur personally escort tours through their vineyard, teaching guests everything from how to tell varietals by the shape of their leafs to the rigors of creating field-blended wines (different varietals picked, crushed, and fermented together).

Although it’s Betsy who has the North Shore roots — she lived as a child on the North Shore and her grandfather, Levi Mayer, founded the Mayer Brown law firm — it was Bill who set this fairy tale in motion. After taking viticulture classes, he quit practicing law in 1990, bought the property, and started selling his grapes to other wineries. Then in 1994, the Nachbaurs began making their own wines, which they produce in small batches to this day.

Try the 2012 Acorn Hill for a big Tuscan-style bouquet of peppered cherries ($48) or the 2013 Sangiovese ($30), which is nothing less than sugarplums in a bottle.

By now, you might know a bit about the Terlato family, which runs Terlato Wines International out of Lake Bluff. In the 1950s, family scion Salvatore Terlato shrewdly opened up a small wine shop — Leading Liquors — near the Evanston border in Chicago, attracting vino-lovers from our drier northern suburbs. His son, Anthony, then became one of the most influential wine distributors in the country, introducing pinot grigio to a thirsty public in 1979.

For the complete story, visit the Terlato’s picturesque Rutherford Hill winery in Napa and take a cave tour. Guests stroll through 56,000 square feet of caves, which have been carved into the side of a hill like something straight out of The Hobbit, taking samples every 50 paces.
The Terlatos purchased Rutherford Hill in 1996 and then promptly discarded thousands of gallons of wine that was not up to their standards and amped up the quality of its mostly Merlot and Bordeaux offerings

Venture about 20 miles south from Rutherford Hill, down Route 128, and you’ll come to the Corley Estate. You can’t miss it. Just look for the 1/3-size replica of Thomas Jefferson’s Monticello and take a left.

The late Jay Corley, a former NSA agent, went to Napa back in 1969, intent on doing for the California soil what his idol, Thomas Jefferson, couldn’t quite do in Virginia. Corley was determined to produce first-class Chardonnays and Pinot Noirs that mirrored the complexities of Old World Burgundies, transforming a tangled, old prune vineyard into a first-class winery.

Although Corley passed away in early 2016, his family continues on their father’s traditions offering casual and reserved tastings in the estate’s charming “Jefferson House,” and a first-rate vintner for a day program.

WHAT TO DRINK
Pick your pleasure: A smooth French-oak 2014 Monticello Chardonnay ($38) lush with ripe peaches and a touch of lime or a dynamite 2006 Corley Proprietary red ($70), a smoky apricot-cranberry delight.

Where to stay
NEAR SONOMA

Nestled in the center of Healdsburg, an irresistibly chic yet leafy little hamlet in Sonoma, sits the H2 Hotel, one of the few eco-friendly hotels that’s as luxurious as it is environmentally conscious. Rainfall captured by the green roof cascades down over a sculpture made entirely of espresso spoons. Complimentary cruising bicycles allow you to pedal your way through the valley without leaving a major carbon footprint. And the rooms, lain with bamboo, come with soaking tubs, huge wall-less showers, and 11-foot-tall ceilings, and gleam with dappled sunlight. The complimentary breakfast may be the most delicious start to a morning in town.

Where to stay
NEAR NAPA

The Calistoga Ranch, a stunning 50-room resort carved into the heart of a lush 157-acre valley in Calistoga, is a serene, zen-inducing California sanctuary like no other. Guests can eat dinner while watching frolicking baby deer, hike up mountain trails, and soak up gorgeous sunsets while splashing in separate kids and adult pools. It’s a resort in perfect harmony with its surroundings, especially its jaw-dropping “tree house” suites, which are half enclosed and half exposed to Mother Nature. You can soak in open-weather hot tubs, warm yourself by outdoor fireplaces, or relax indoors with high-end iPads and bowls of truffled popcorn. 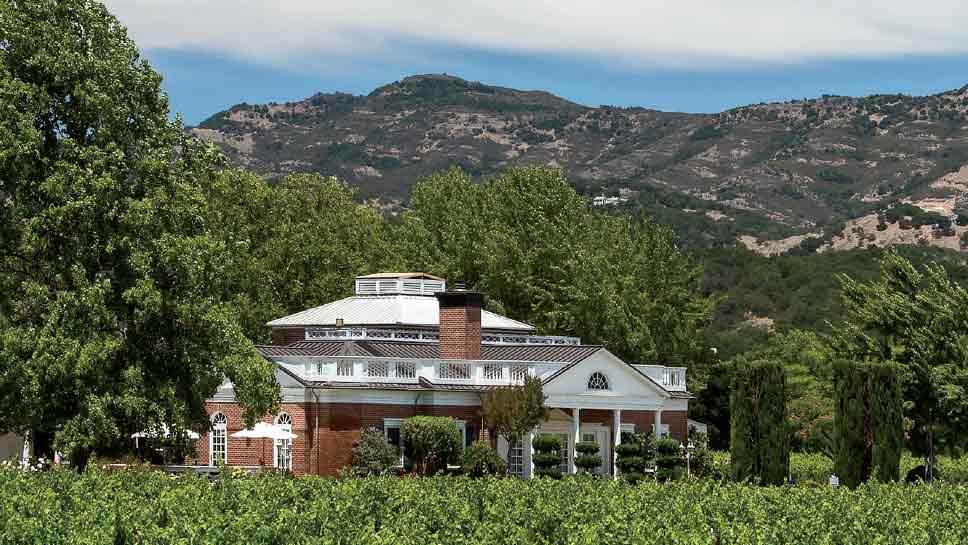 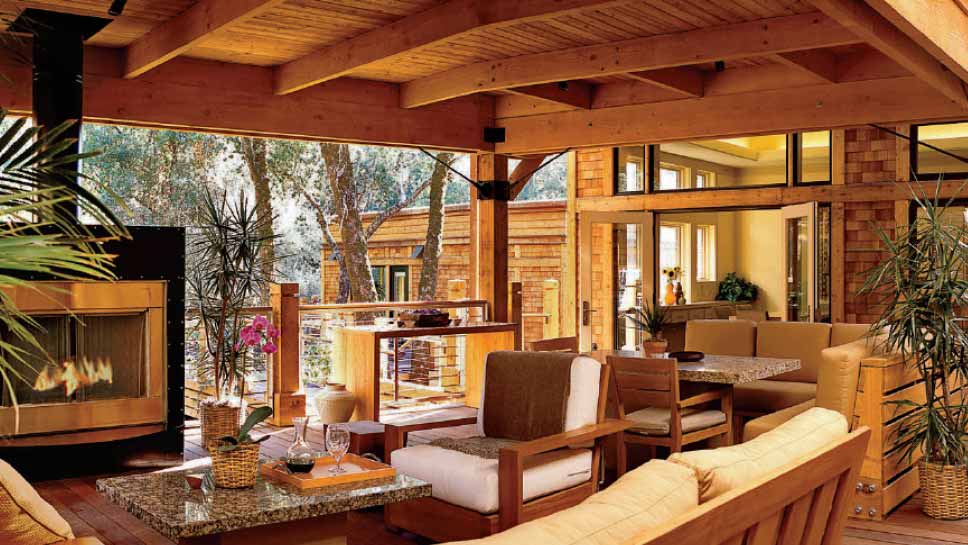