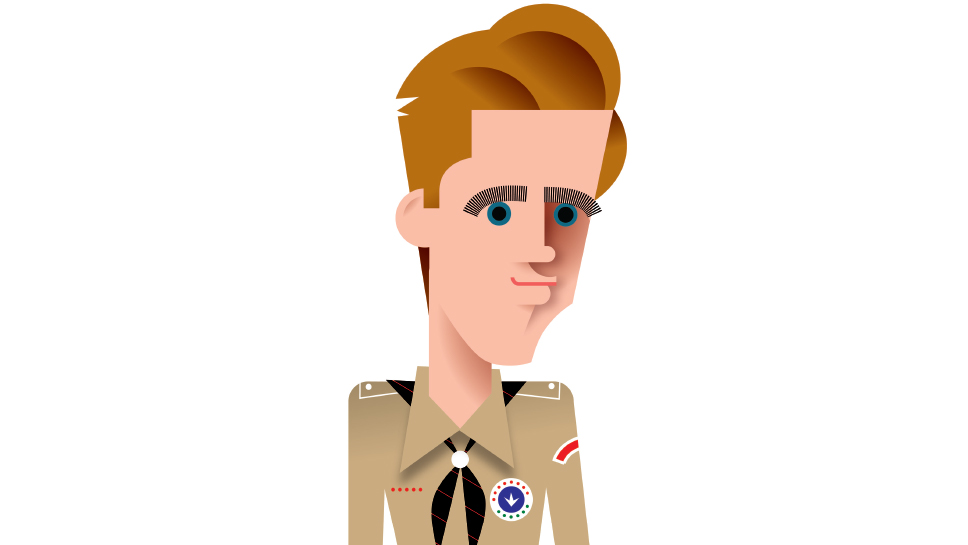 What has become a lifestyle for Barrington High School junior Christian Rowley began simply as a ploy to get a little more sleep. To catch the bus to school he had to be up by no later that 6 a.m.; if he rode his bike, he could sleep in until 6:30. For the last three years, sun, rain, or snow, he’s biked the three miles to school in the morning and back home in the afternoon.

“Except when there’s ice or fog, those are the two things that’ll stop me,” Rowley says. “At the high school a lot of the kids that I tell are like, ‘What? Do you need a ride?’ I’m like, ‘Nope.’ I like to bike.”

That’s why, when it came time for Rowley to decide on an Eagle Scout Service Project, he chose to incorporate his favorite mode of transportation. On Sunday, May 7, he’s hosting a bike drive in the parking lot of the Viking Ski Shop. The bikes he collects will be donated to a non-profit in Chicago called Working Bikes, which sends second-hand bicycles to areas of poverty in Latin America and Africa as reliable transportation to get to work, school, medical treatment, or other resources. They also provide bicycles to individuals in Chicago who are transitioning from homelessness, resettling as refugees, or need transportation to youth empowerment programs.

“I like to think of it less as a tangible thing and more like an opportunity, a chance for people to further their career or education,” Rowley says.

The rank of Eagle Scout is the highest rank attainable in the Boy Scouts of America and only 4 four percent of Boy Scouts ever achieve it. From the time a young man becomes a Boy Scout, they have the chance to earn merit badges in all manner of disciplines like first aid, camping, cooking, swimming, communications, citizenship in the community, and so many more. As the Scout climbs the ranks from Boy Scout to Tenderfoot and on to Second Class, First Class, they continue to earn merit badges, but once they achieve the rank of Star Scout they’re expected to complete between 6 and 8 hours of community service. For Rowley’s Star Scout community service, he volunteered to walk dogs for a nearby dog shelter.

One of the primary qualifications of reaching the rank of Eagle Scout is the service project designed and implemented by the Scout that benefits a religious institution, a school, or a community.

“Boy Scouts has taught me leadership; how to deal with groups, delegate tasks, and get things done on time,” Rowley says. “But talking about that doesn’t usually work when we’re trying to convince someone to join Scouts. The big appeal of Boy Scouts for the kids is getting to go out on these really awesome adventures.”

Last summer, Rowley went with his Scout Troop mountain biking and white water rafting in Bechtel Summit in West Virginia. He spent 10 days hiking 110 miles in New Mexico. And once a month, they go on weekend campouts.

Although Rowley may have initially joined for the fun weekend camping trips, the values of leadership and community service have obviously become quite important to him. Even though he doesn’t earn a merit badge for it, he also volunteers for the Pathways Mentoring Program every Monday after school. At Barrington Youth and Family Services, he and other volunteers meet with middle school students who are struggling socially or emotionally to work on projects aimed at building their self-esteem, such as creating Instagram accounts based around their passions to create a new social avenue.

With Pathway Mentoring Program, Rowley is offering struggling middle school students the same kind of social outlet that he’s had with the Boy Scouts, using their interests to create valuable life skills they can apply in a variety of unspoken ways. It all may have started with a desire to sleep in and a passion for biking, but it’s turned into a genuine desire to help and inspire others.