“I am going to work extremely hard every day to address the issues before our state,” he says. “The people deserve efficient, responsible leadership dedicated to making current and future generations proud of Illinois.” 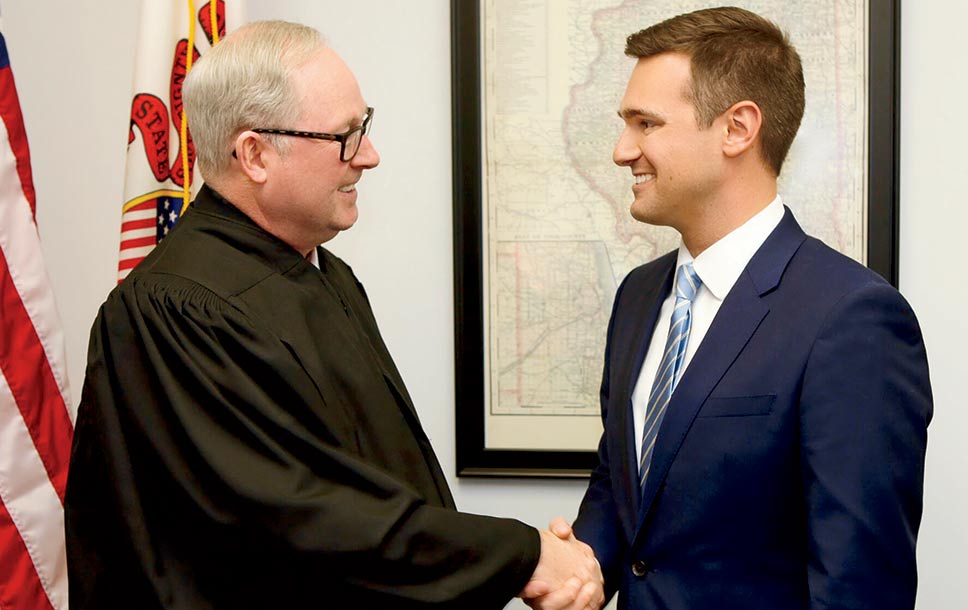 State Representative Nick Sauer has no small plans for Illinois.

Here are five of the top items on his Springfield to-do list, in his own words:

• “Illinois needs to become a pro-growth state again. Many in my generation are finding better business prospects and a lower tax burden in states like Florida, Arizona, and Texas. I want them to stay here in Illinois, but to do that we need to change the way government addresses economic growth.”

• “We have a serious spending and taxing addiction in Illinois. The state budget is beyond the tipping point. Taxing too high creates a diminishing return and less revenue as employers and working families move to more desirable economic climates. I was born during the Reagan years and have always been inspired by his policies. The Kemp/Roth tax cut that President Reagan signed into law lowered tax rates, which resulted in reinvestment in businesses, created more middle class jobs, and allowed working families to keep more of their paycheck. By reducing taxes on everything from production to personal accomplishments, Illinois could experience what materialized in the 1980s and 1990s—economic growth, which in turn lead to more taxpayers and tax revenues.”

• “Governor Rauner said something at his Inaugural in 2015 that stuck with me: ‘We can’t be compassionate if we aren’t competitive.’ It’s an important mantra for Illinois.”

• “Our pension system is broken. Our state should not and can not take pension dollars that have already been realized by retirees or earned by employees. We do need serious reform to the system going forward, however. As the state’s pension problems escalate, fewer dollars are becoming available for education or for our most vulnerable people. I think every option should be on the table and real reform conversations have to take place soon.”

• “We need honest problem solving in Illinois government. Too often we hear or read horror stories about a corrupt politician on the take thinking of himself or a public servant who has been in office for decades, simply holding on to power for power’s sake. Solving problems for people in a timely manner, truly representing others is how our system of government was designed to function. It’s also the Barrington way of identifying problems and coming together to tackle them.”