Winter fatigue usually settles in around the middle of February in Chicagoland. The snow has turned a drab gray, and the high temperature each day seems to never hit north of 25 degrees.

There’s a cure for the unsightliness and the monotony — and it’s worth the 370-mile drive. 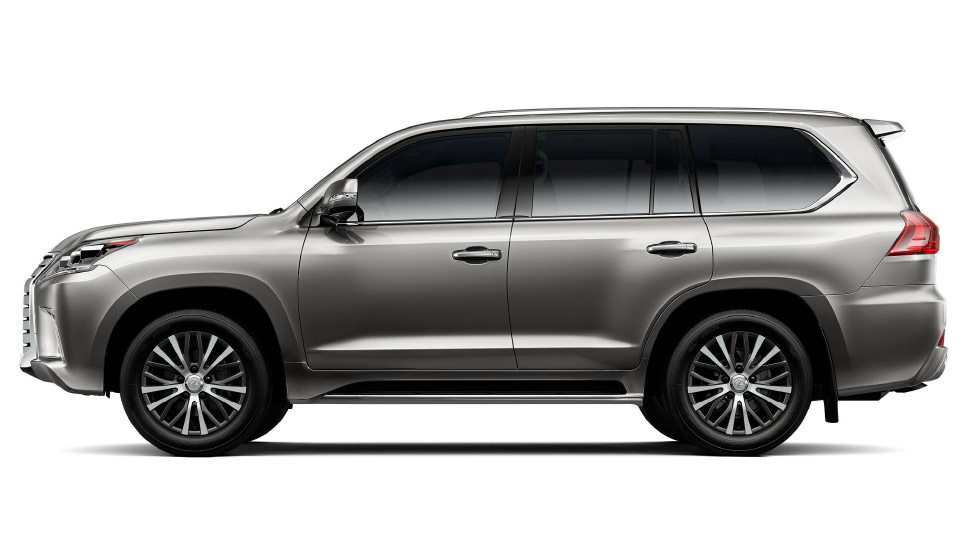 “Young or old or middle age, it’s a car for everybody,” says Lexus of Arlington General Manager Marcin Ajdukiewicz, who grew up in a mountainous region of Poland and skied for the Polish Junior National team as a teenager. “It’s also the best luxury car on the market. People want quality and safety, and that’s what the LX 570 provides. It handles snowy roads phenomenally.

“There’s a misconception that a luxury car like a Lexus cannot also be an off-road vehicle,” adds the father of two sons. “This is a luxury SUV modeled after Toyota’s Land Cruiser. I love nature, especially the mountains, and I love driving a Lexus SUV.”

Starting at $92,000, the LX 570 boasts unmatched versatility: You can steer the full-time four-wheel drive SUV to a black-tie gala on one night and to a remote off-road vista on the next day. Formal wear, followed by stares at nature’s flair. Its muscular body — containing a 383-horsepower, 5.7-liter V8 engine, along with eight-speed paddle-shift transmission — has a 7,000-pound towing capacity. The LX 570’s push-button CRAWL Control enables the driver to trigger cruise control uphill and off-road for maximum capability.

Harbor Springs is nestled in a sheltered bay alongside Lake Michigan. The Little Traverse Lighthouse stands as the city’s historic landmark on the Harbor Point peninsula. The nearly six-hour drive from the Chicago area will be an exceedingly comfortable one for the driver and the passengers in a 2017 LX 570, since the SUV’s cabin space is expansive and elegant (semi-aniline leather-trimmed interior). The available heated steering wheel always comes in handy during the teeth-chattering months.

Another amenity, this one year-round: a Navigation System with a 12.3-inch color LCD multimedia display.

Slick roads in the Land of Lincoln?

Bumpy landscapes in the Wolverine State?

An LX 570 SUV is equipped to tame such surfaces. Its 4-wheel Active Traction Control responds quickly and smoothly to dicey road conditions and sends power to the wheels that can handle the engine’s considerable brawn — with no extra effort from the driver.

Ajdukiewicz’s favorite home away from his home in Barrington is his abode in pristine Utah, where the runner-up at the Polish Junior National Ski Championships 25 years ago gets to recapture his youth, hit the slopes, and admire the breathtaking views with his family members.

His choice of car rental each time he visits the Beehive State?

“Luxury SUV,” says the 39-year-old Ajdukiewicz, who emigrated from Poland to the U.S. when he was 16 and attended Foreman High School in Chicago. “I’ve owned around 10 of them through the years, and they’re the best. If you’re a parent, what is the most important feature of a car? It’s safety, no question; you want a safe vehicle for your children. Not far behind safety is quality.

“Lexus,” he adds, “is a very conservative company that has always paid attention to safety and quality, and with that kind of focus every year on every model, an owner will enjoy high resale value. We are all about educating the customer here. It’s what we do. It’s what the customer deserves, because the customer is investing money in our cars.”

Lexus of Arlington, which celebrated its grand opening in November 2015, was No. 1 in new-car sales among all Lexus dealerships in Chicagoland last year. The grand opening was not a typical launch; Cirque du Soleil performed for the dealership’s visitors and staff on that day.

The troupe awed them all.