It’s beginning to feel a lot like Christmas through the main doors of the luxurious Wynstone Golf Club in North Barrington.

“We had more 130 than members here for dinner last night for Thanksgiving,” says Deana McGowan, a long-standing member of the club’s social committee and a Wynstone resident for the last 14 years. “And just like that, we’re turning to Christmas.” In almost the blink of an eye, the pumpkins and cornucopia in the Wynstone Golf Club’s lobby have been replaced with twinkling Christmas trees, gold-trimmed garland, and pine-filled holiday urns.

Established in 1989, Wynstone features a highly-acclaimed Jack Nicklaus Signature Design golf course that recently had $2.6 million in renovations made, a lovely swimming pool and tennis complex, a beautiful clubhouse, and year-round activities. Situated on a spectacular piece of land that was once the country estate of Chicago philanthropist W. Clement Stone, the club is the heart of the Wynstone Residential Community, one of the most prestigious gated communities in the Midwest. Wynstone has more than 400 private homes in this community. Even though they’re a relatively new club, there are stories of three generations of families living there. 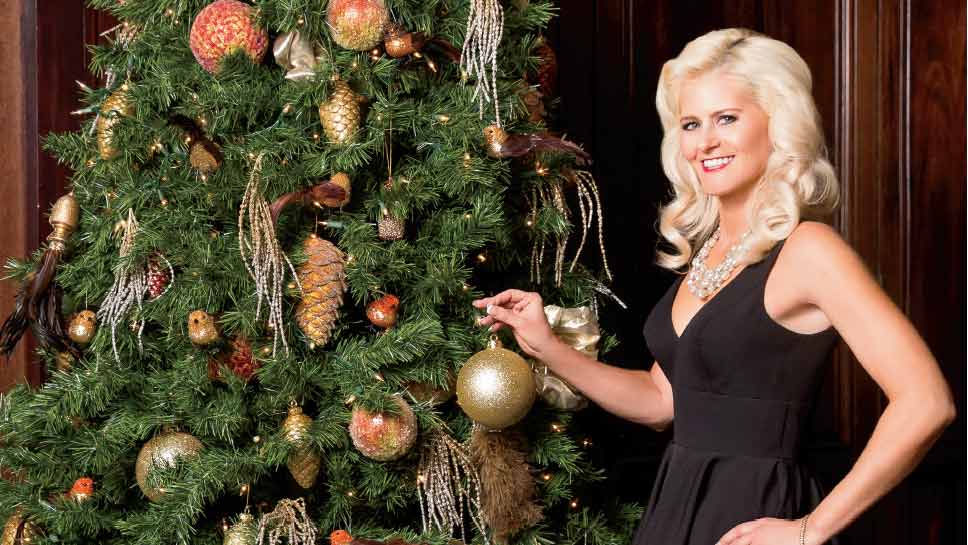 “When we lived in the city, my husband and I would visit my parents who had a home in Wynstone,” explains McGowan. “When it was time for us to move, we just fell in love with this community and thought living here would be like living on a resort.”

One of the many unique amenities of living at Wynstone is its vibrant social committee. Composed of six members, the group well represents the interests of those both new to Wynstone and those who have lived there for decades. “Because our group is so diverse, we have a good sense for what our membership is looking for in terms of events,” she says. Jackie Cantwell, the club’s catering director, is the driving force behind many of the club’s activities. She just celebrated 20 years at Wynstone.

Over the course of the year, the club’s calendar is very full. Outside of the number of social opportunities available with golf, there are movie nights by the pool, a progressive dinner party featuring the club’s Chef Lucas, a Kentucky Derby celebration with a ladies’ night kick off, a tennis court that is transformed into an ice rink in the winter, and many more occasions to easily fill anyone’s datebook.

“This is such an amazing time of year at the club,” McGowan adds. “We kicked off the season with our big Halloween party with a hayride, pumpkin painting, costumes, and storytelling. Then we had our Holiday Tea that benefits Catholic Charities. We just held our gingerbread house-making event and that made me think of my 14-year-old son who has been coming to this since he was sitting in a high chair. We still have the Santa Brunch and Christmas Candlelight Dinner to look forward to before the year is over.”

Although McGowan and her fellow committee members won’t likely catch their collective breaths until the holidays are over, she can’t imagine life any other way.

“Wynstone is such a special place,” McGowan adds. “And people should know that you don’t have to live within the gates of our community to belong to this club. It’s really something every family should explore.”