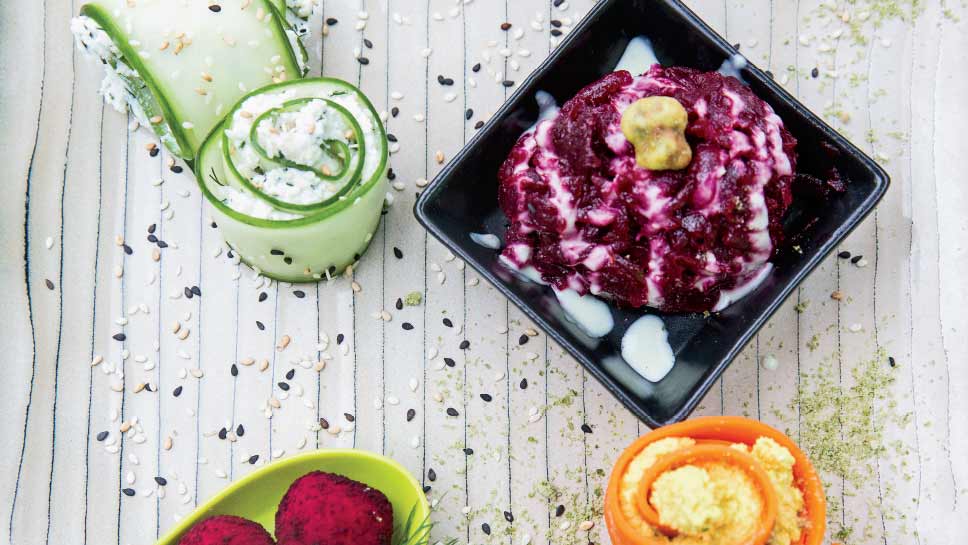 As the perfect restaurant to evoke the sensations of autumn plate after plate, there’s no better time of year to introduce yourself to Cinnamon Bistro. PHOTOGRAPHY BY ROBIN SUBAR

It’s hard to find a more personal restaurant than Cinnamon Bistro. Every aspect of it speaks to owner and chef Renata Pawlick’s devotion to the customer experience and dedication to unique, delicious flavors. It’s tucked away in a hard-to-see corner of a big shopping center, and, the moment you enter, you understand that you haven’t been anywhere like it.

“Renata told me, ‘I don’t want to sell anything that’s not me,” says Derak Pawlick, Renata’s husband, who also handmade much of Cinnamon Bistro’s furniture and decorations. “This place is our passion. My passion is in remodeling and design, Renata’s passion is on the plate.”

We experienced that dish after dish, where her distinctive menu introduced us to delectable new flavor combinations and an experience we could only get within the walls of Cinnamon Bistro.

Our first taste came care of the Chef’s Variety Platter from the appetizer menu, featuring four tapas-style mini appetizers. The roasted beet tartare is a sculpted scoop of tender minced beets, chilled, with a hint of citrus and a blast of flavor from a couple wasabi peas. The cucumber roll spirals a fresh slice of crisp cucumber around a creamy, dill-tinged cheese, topped with a sprinkling of sesame seeds. The stewed carrots are sliced thin as well, coiled around gently curried ricotta cheese giving it a wonderful Indian bent. Our favorite, though, were the little spheres of goat cheese, rolled in a coating of striking red beet powder, like goat cheese truffles, with a rich, velvety flavor that could function just as nicely on the dessert menu. A trio of housemade mousses were also on the platter for dipping, parsley with grapeseed oil, avocado with avocado oil, and paprika mousse, which gave every bite a lilt of tanginess. 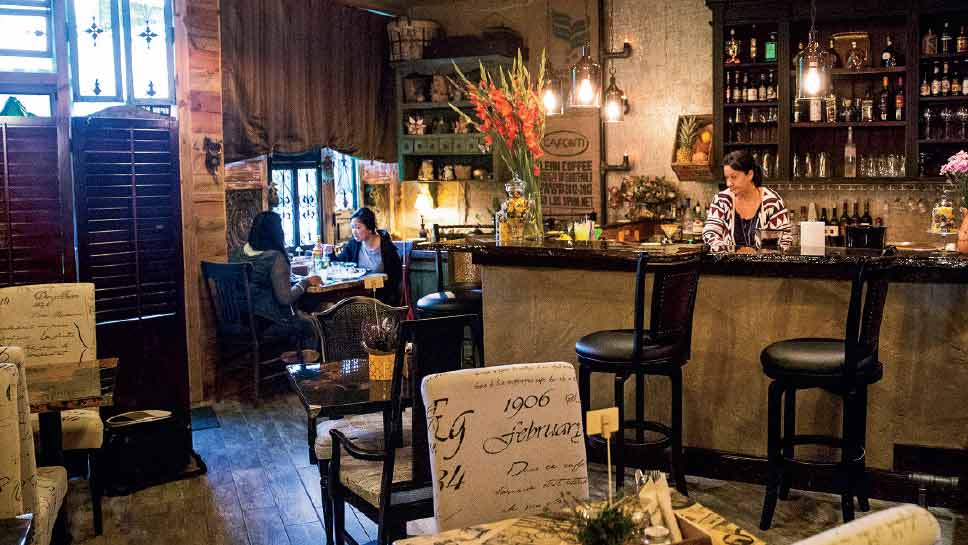 Moving to the next plate, we discovered how much flavor Pawlick can tease out of every ingredient on the plate, drawing out one flavor aspect of a garden-fresh vegetable in one dish and a completely different aspect in the next.

The Asparagus & Zucchini Rolls dish is delivered on a sleek slate platter. It’s a bundle of asparagus grilled tender and smoky wrapped in thin slices of carrot and zucchini that tie it off like a bow. Ricotta cheese and crumbles of walnuts provide lovely textural counterpoints to the solid chew of the vegetables.

With each dish that emerged from the kitchen, Pawlick allowed her flavors to do the talking, informing us with dish after dish that creativity; a very personal menu; and the determination to make everything from scratch from the freshest, organic, non-GMO ingredients can create a menu unlike any other we’d ever seen.

We sampled our way through several of her signature soups and found that Cinnamon Bistro may be particularly well suited to delivering a meal that feels like autumn. In the Creamy Avocado soup, we found yet another aspect of cucumber, blending with the smoothness of avocado and a fresh, herbal mint flavor before resolving with an unexpected savory element within the fresh chilled flavors. The Mixed Vegetable is so warming and cozy, blended to a bisque before getting topped with a drizzle of blended squash and sprinkling of chewy pumpkin seeds. This is autumn in a bowl. Though it’ll satisfy any time of year, it’s particularly potent on a crisp fall evening.

Speaking of Pawlick’s ability to evoke the spirit of a season through flavors, the Cinnamon Bistro Specialty is the best version of grown up apple cider there is. Made with fresh, organic apple juice, two shots of vodka, and two cinnamon sticks soaking in a tall stemmed martini glass, this feels both like harvest season and the deep cinnamon bite of the holidays. The organic nature of the juice keeps it from being too sugar-sweet while delivering the rich taste of apples and cinnamon. It’s so deceptively drinkable that you’ll have to remind yourself to slow down because it’s got quite the vodka kick.

The most mouthwatering thing on the menu is the baked portabella mushroom stuffed with ricotta cheese and herbs at the heart of the Brown Entrée. The mushroom itself is so juicy and meaty, expertly adapting the flavors of the cheese and herbs inside it and radiating a grilled chew with each bite. Two potato cutlets, like gourmet hash browns accompany the mushroom, as does a beautiful house salad walled in within a housemade cucumber bowl.

A lot of times, when non-vegetarians visit vegetarian restaurants, all they think about is what they’re missing, they’re not taking advantage of the culinary wizardry that vegetarian chefs often have up their sleeve. Pawlick’s entirely vegetarian menu is like everything else about Cinnamon Bistro, it’s very creative, wholly unique, and a wonderful experience that you’re not going to find anywhere else. She also made sure to mention, that by leaving off the cheese, her entire delicious menu is easily vegan-accessible.