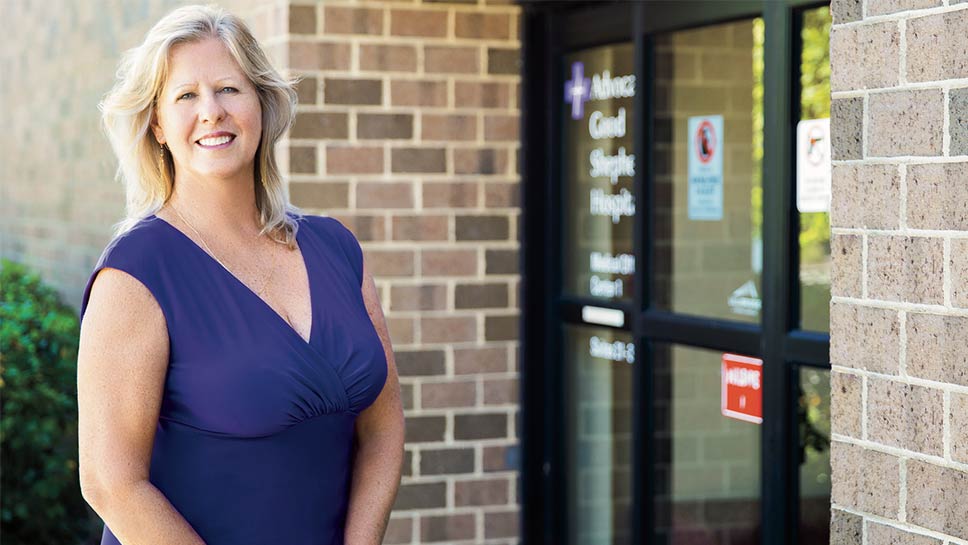 Dr. Ann Warren provides a new treatment that can help change the lives of breast cancer and menopausal patients. PHOTOGRAPHY BY TOBIN SUBAR

Last year, women in the United States were introduced to MonaLisa Touch, a laser treatment for vaginal dryness. It has been popular in Italy, where it was created, for about a decade. Though the therapy was introduced to the United States in January of 2015, Dr. Ann Warren is the only female gynecologist in the area providing the treatment, which is especially beneficial for menopause or breast cancer patients.

“Because of menopause or breast cancer treatment, the vaginal walls can become very thin and sex is often then painful for many women,” Dr. Warren says. “Now we have this exciting new treatment that doesn’t involve hormones. It can be life changing for women.”

The laser therapy works by shooting microscopic holes into the vaginal walls and vulva skin. These laser pulses stimulate cells to make collagen, which will make the walls thicker and less easily irritated.

Dr. Warren says she was thrilled to hear the treatment was going to be available for gynecologists in the United States.

“Say you’re 40 and diagnosed with breast cancer, and then two years later you can’t have sex anymore because it hurts so badly,” she says. “When I found out there was a way to help that, I jumped on it pretty quickly.”

She began offering the treatment in December 2015, and says patients appreciate that it’s quick and painless. Patients receive three, 10-minute treatments six weeks apart, with a touch up every 12 months. A local numbing cream is applied, but there’s no other anesthesia needed.

“Other treatments help to eliminate pain, but this actually restores natural function to the vaginal wall, helping to fix the issue and not just cover it up,” she says.

After graduating from Stanford University, Dr. Warren completed her medical degree at Northwestern Medical School. She was Chief Resident at Rush Presbyterian St. Luke’s Medical Center, and is currently on staff at Good Shepherd Hospital, where she was formerly the President of the Medical Staff and Chairman of the Department of Obstetrics and Gynecology. She is board certified by the American Board of Obstetrics and Gynecology. Many years ago, Dr. Warren decided to stop doing obstetrics and focus exclusively on gynecology.

“I specialize in women and their gynecological problems, and I really enjoy helping women solve these problems and be able to live their lives,” she says. “I’m 56-years-old, so I can relate to menopause patients in a very real way, and I think my patients appreciate that I can understand what they’re going through, and offer some new solutions.”

She says seeing these new solutions in action is the most rewarding part of her work.

“Patients tell me that it has made a huge difference in their sex life,” the doctor explains. “In the past, they have said they were afraid to have sex, which was heartbreaking because they love their partners, but now this has really changed their lives.”