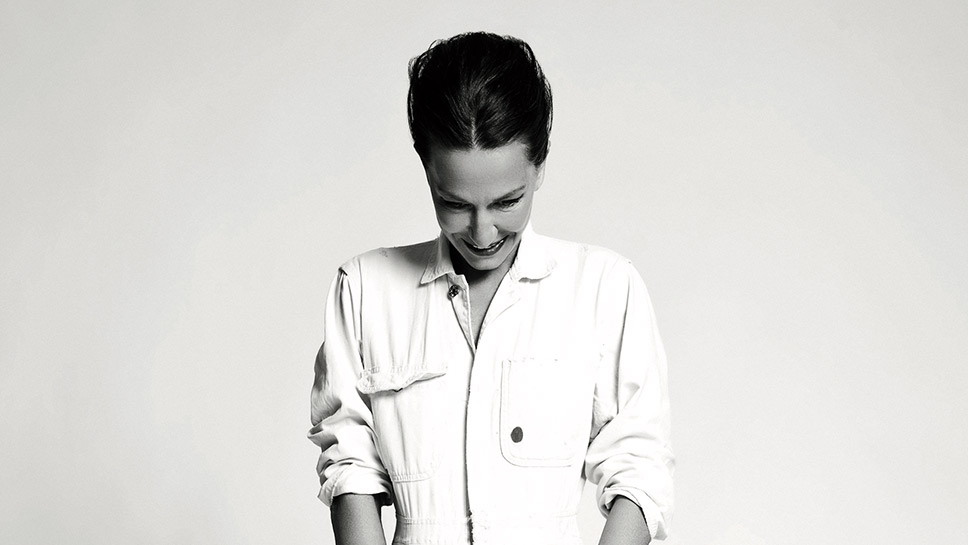 One may be surprised to learn that the $130 million Cynthia Rowley brand was actually launched at a Barrington-area sidewalk sale when Rowley was just 12-years-old in the 1960s. It has since evolved to nearly 60 locations worldwide (including one in Chicago’s Bucktown neighborhood) with sportswear and related accessories with additional categories including swimsuits, wetsuits, beauty, handbags, shoes, tech accessories, and most recently, home furnishings—a true departure from the original triangle halter tops with gold chokers and reversible fabric bucket hats. “Maybe I should bring those back,” Rowley laughs.

One of three kids to parents Ed, a science teacher, and Clementine, a painter, Rowley remembers her childhood in Barrington as being idyllic. Even today, Rowley’s family still lives in her childhood home, making it easy for her to visit a few times each year. “Barrington was a small town at the time and a great place to grow up,” says Rowley. “But there wasn’t always a lot to do. We had to use our imaginations to entertain ourselves. I went from activity to activity and always loved being outdoors—I can still have a whole day of fun with a Frisbee and a jump rope.”

It’s that same imagination—and a preternatural familial inclination for the arts—that led Rowley to enroll at the School of the Art Institute of Chicago (SAIC) after her graduation from Barrington High School in 1976. She spent a short time studying painting, like her mother, before moving full time into fashion. “I truly consider that the jumping off point for what I do today,” says Rowley. The school encourages its students to be as creative as possible, and Rowley took that message to heart, even being kicked out of her junior year art showcase because her design’s use of wings was seen as being over the top. 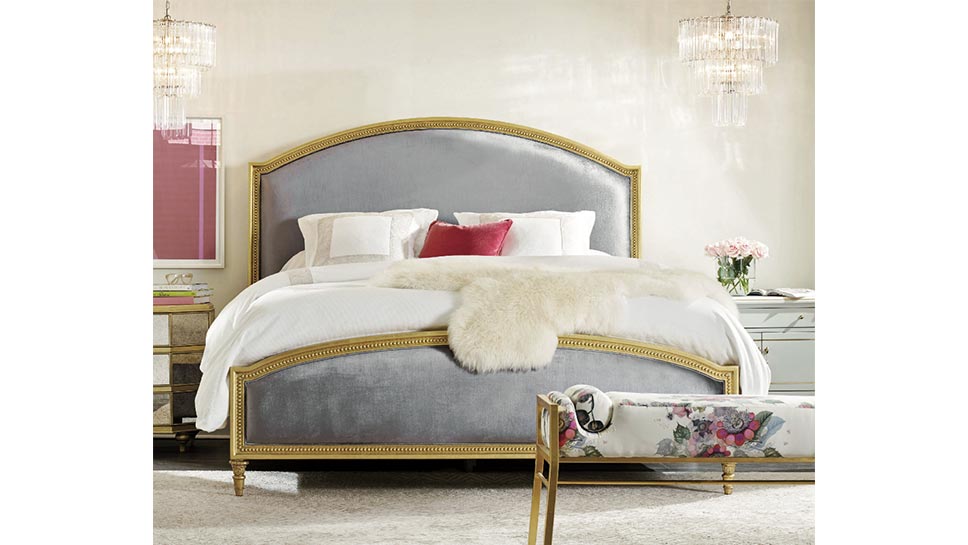 “I have always thought it amazing that Cynthia found her creative commercial spark from her grandfather on her mom’s side, who had attended Pratt and was an illustrator,” says Rowley’s husband Bill Powers, a gallerist and judge on Bravo TV’s former Work of Art, in an interview with The Usual. “In her office, she has the Pabst Blue Ribbon logo that he designed, and I think it’s an interesting clue to her wanting to do something creative that has an immediate commercial application.”

More than 30 years later, Rowley and Powers were both awarded the 2012 SAIC’s first dual Legend of Fashion honor in Millennium Park at “The Walk” annual student fashion show and fundraiser. During her acceptance speech, Rowley shared that her first collection was sold to a Marshall Field’s department store buyer while she was still a student at the school. The buyer noticed a jacket Rowley was wearing on the train and subsequently wrote an order for the five pieces in Rowley’s “collection.” Rowley notes, “Every time I go to Chicago, magical things happen.”

In spite of this, Rowley moved to New York City in 1981 with money from her senior-year fellowship award and $3,000 from one of her grandparents, both of which she used to further her career in fashion. First on the agenda was organizing a debut fashion show in her walkup apartment to which she invited A-list celebrities, top fashion editors, and Andy Warhol—none of whom attended. She persevered, however, launching her namesake company in 1988 and later winning the Perry Ellis Award by the Council of Fashion Designers of America (CFDA) for New Fashion Talent just six years later.

Now an established brand, the Cynthia Rowley collection is presented twice a year during New York Fashion Week (and yes, every major editor is in attendance). Rowley continues to extend her design concepts beyond the realm of fashion, recently partnering with Hooker Furniture for a line of living, dining, bedroom, and accent furniture in three distinct personalities: Pretty (a saucy and seductive decorating point of view with whispers, curves, grooves, and nary a hard edge—pretty’s a flirt); Sporty (the look is crisp and tailored, geometry and precision matter, like a second skin); and Curious (a bubble of color, texture, shape, and design inspiration makes decorating imaginative and fun). 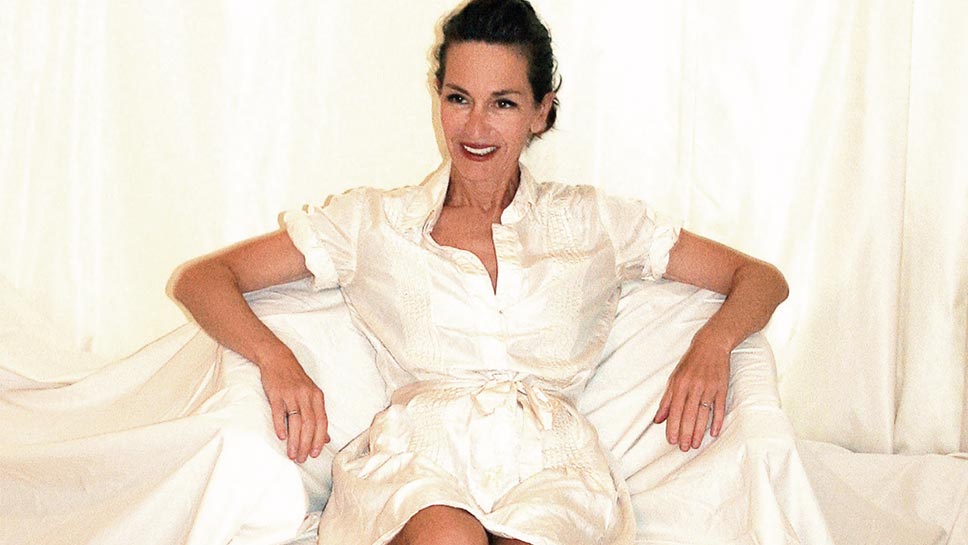 Cynthia Rowley with looks from her fall 2016 ready-to-wear collection.

“Interiors and furniture have been a passion of mine ever since I can remember,” says Rowley. “Fashion and style reach beyond clothes, and I wanted to create furniture that will brighten your space and make your home a happy place.” The collection is exclusively available in the Chicagoland area at Walter E. Smithe Furniture + Design’s 11 showrooms, and Rowley showcases a few pieces in her current Greenwich Village home, which she shares with her husband and two daughters, Gigi and Kit (already being dubbed the next “it girls”).

Family is a tremendous source of inspiration for Rowley and despite her busy schedule, she still makes time to take her daughters to school each day and have coffee with Powers. “Every day is super busy,” says Rowley. “I wake up like I’m shot out of a cannon, do a quick workout, drop my kids off at school, have coffee with my hubby, and get to work by 9 a.m.” She splits her day between design and business—noting that the SAIC taught her the balance of art and commerce—and ends around 8 p.m. With long days in the office, Rowley makes it a point to incorporate comfort into her wardrobe with cute sneakers and dresses or heels with jeans. “We’re a pretty casual office,” she shares.

Although her everyday look is pared down, Rowley recommends that Chicago women have the Cynthia Rowley wear-with-anything reversible satin bomber jacket and scalloped jacquard fit-and-flare dress in their closets for the fall season. “We definitely don’t sell a lot of surf gear there,” Rowley jokes. “Generally, I don’t think trends are really the way to think about fashion. Find labels you like and that work best for you. Currently, I’m excited about the visual complexity of mixing a bunch of pieces, rather than the sparse, clean looks that we have seen for the past couple of years.”

Rowley has more than just seasonal trends to be excited about, like recently being named Fashion Designer of the Year at the 2015 American Image Awards last spring and additional brand extensions planned for next year and beyond. “I do believe that early experiences inform who you are as an adult, but hopefully I have evolved quite a bit since I was 12,” says Rowley. “Nonetheless, Chicago will always be home sweet home.”