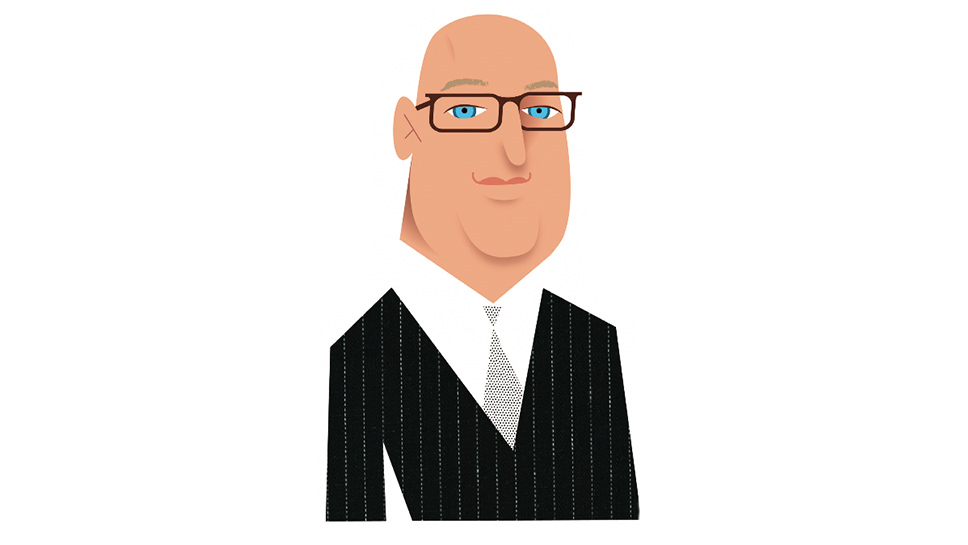 As Motor Werks’ new 250,000-square-foot auto mall nears completion, managing director Mick Austin gives clients an idea of what they can expect from the new structure. ILLUSTRATION BY KIRSTEN ULVE

Mick Austin jokes that his favorite activity in his recent spare time has been sleeping. Austin is in the midst of his second successful, but busy, year as managing director of the Motor Werks Auto Group. Austin has undoubtedly proven his capability and unrivaled success by managing 9 world-class brands throughout 5 sites in Barrington and Hoffman Estates.

“I used to like to play golf. I’ll play again next year once we’ve finished all of the construction and renovation,” Austin says. “I’ve grown up in the business so it’s kind of rewarding for me.”

Austin has been with Motor Werks for 22 years and lived in Barrington for more than 20 with his wife, Megan, and children Abbey, Madeline, and Jack. Paul Tamraz—Austin’s father-in-law, founder and CEO of Motor Werks—initiated the dealership’s growth from 206 N. Cook Street in 1971 to the indoor auto mall’s completion in 1987.

“We’ve really appreciated the Barrington community. It’s been great to our family and we look forward to working together for many years to come,” Austin says. “We have a great management team—very focused, very dedicated—and we are picking up momentum every day. I am proud of what has been accomplished as I look back at our original home on Cook Street, and now at our latest version of the auto mall, which will again lead the pack in our industry.”

With more than 500 employees and $550 million in revenue between the 5 sites, Austin strives to keep a family touch while the business expands and evolves to better serve consumers who are becoming increasingly self-sufficient through third-party internet sites.

The entire Austin family has been invested with the growth and development of the Motor Werks brand. Megan Austin is at the forefront of the renovation’s design and décor for the Barrington auto mall. Daughter Madeline has been a “world-class barista” at the café in the Porsche showroom. Jack worked this past summer at Wash Werks, the site’s state-of-the art auto spa, and sister-in-law Nicole Daniels runs the Allstate Insurance division at the site.

“I like that it’s different every day. And a problem can always be resolved and turned into a positive,” Austin says. “There’s a solution to every problem. I always stress to employees to be part of the solution. It’s not hard to meet people’s expectations if you have empathy.”

Austin describes Motor Werks as providing several choices under one roof, housing numerous new and used vehicles spanning a wide price range. While the dealership last year sold a $1 million Porsche, there also are many used cars available for less than $10,000.

“We have a little bit of everything. You can see our price range goes from $5,000 to $1 million, and everything in between,” Austin says.

Austin received an undergraduate degree in finance and marketing from Northern Illinois University. Upon completion of his bachelor’s degree, Austin continued on to Lake Forest Graduate School of Management, where he earned his Master of Business Administration degree. He started in the automotive business “on the side door” with two years in charge of Limousine Werks, a limousine manufacturer owned by Motor Werks. He previously worked for Uarco, a former printing firm located across the street from Barrington High School, and Fortune 100 company Tenneco in automotive replacement parts.

Eleven years ago, Austin became managing director for the Hoffman Estates location. He has taken what was successful there and brought that culture to Barrington.

“We’ve tried to revamp everything for customers and give them what they want in a timely fashion with transparency and substantiation,” Austin says.

Recently, at the Barrington location, Austin approached a customer who was getting coffee. He asked if he needed assistance and liked the response.

“He said, ‘You’re the fifth person who has asked me if I needed help this morning. I figured you’re the boss and I’ve seen a big change,’” Austin adds. “I said, ‘If you’ve seen only five employees, that makes me happy.’”