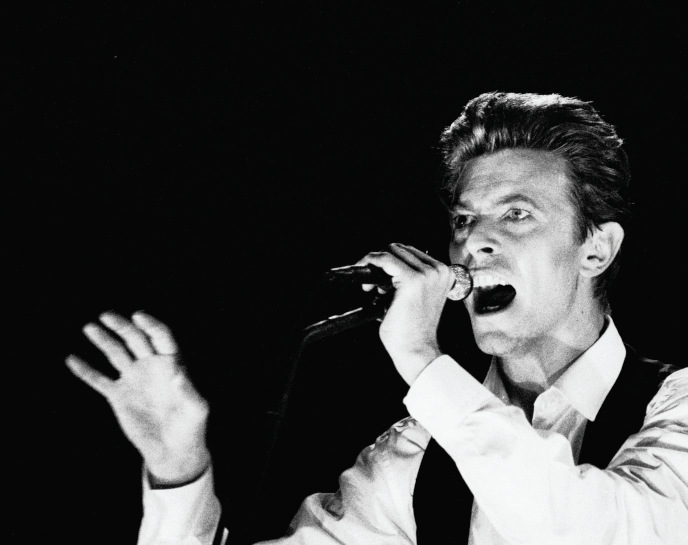 “It stopped me in my tracks,” Marinaro says of the album, which was secretly recorded while Bowie was suffering from liver cancer. Blackstar was released worldwide on Bowie’s 69th birthday, just days before his death.

By 2018, Marinaro began to occasionally perform Bowie’s evocative lament, “5:15 The Angels Have Gone,” in an arrangement crafted by guitarist Mike Allemana.

At the same time, Marinaro and Gailloreto began discussing working on a joint project together, and Marinaro suggested his “probably crazy idea” of tackling Bowie’s repertoire. Gailloreto agreed, saying he was excited to both have the chance to work with Marinaro and to adapt Bowie’s well-known songs to the Metropolitan Jazz Octet’s (MJO) soundscape.

On Friday, February 10, Marinaro and the MJO will perform music from their new album, The Bowie Project, at Studio5 Performing Arts Center in Evanston—a venue that brings professional dance, music, and spoken word events to its 123-seat theater. 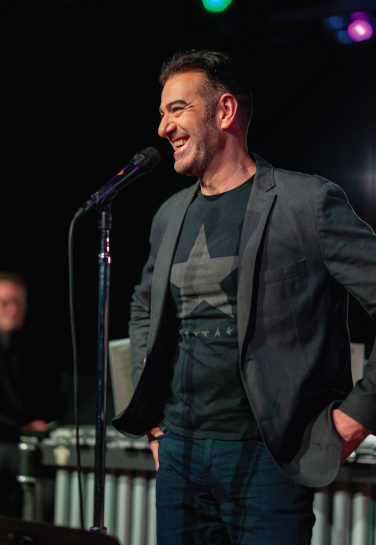 Metropolitan Jazz Octet and singer Paul Marinaro perform music from their new album, The Bowie Project, next month in Evanston.

Founded and curated by Dance Center Evanston director B.a Rashid and Emmy-award winning composer and jazz musician Steve Rashid, Studio5 provides North Shore arts-goers with a space that is both state-of-the-art and intimate, connecting audiences with opportunities to hear such artists as Marinaro, Gailloreto, and the MJO.

According to the album’s liner notes, written by Chicago jazz writer Neil Tesser, “In the arrangements and orchestrations, Gailloreto, [MJO co-founder John] Kornegay, and their team of arrangers steer clear of what came before; for his part, Marinaro hasn’t tried to emulate Bowie at all. Pretend you’ve never heard these songs in the first place and allow these artists — modern masters of the genre Bowie once studied, and always respected — to recast his repertoire, illuminating even his darker songs in light of recent events.”

The MJO was originally founded in the ’50s by saxophonist/arranger Tom Hilliard and documented first in 1959’s The Legend of Bix on Argo Records. Its re-awakening in 2014 by Hilliard’s former student, Jim Gailloreto, extends the rich legacy of Hilliard’s library of compositions and devotion to this elegant chamber ensemble. 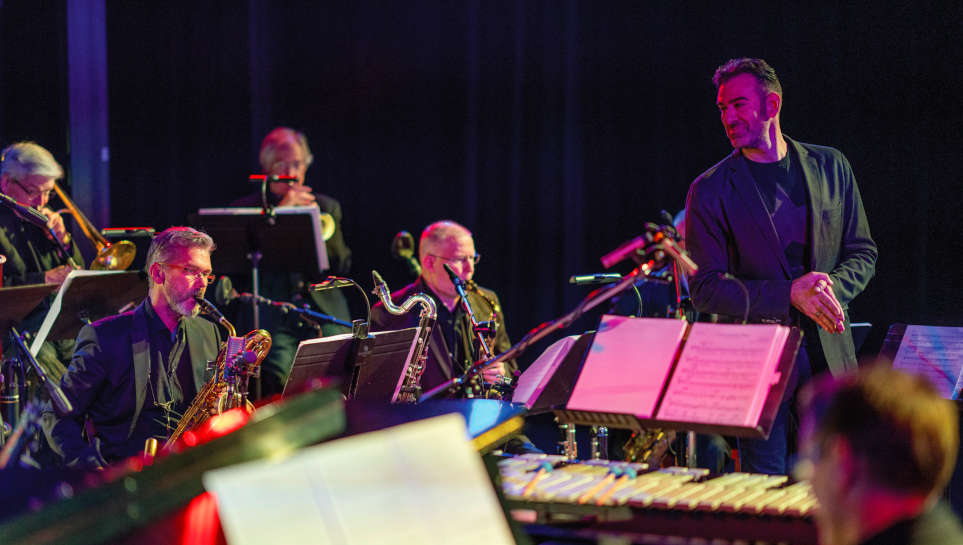 “Reinterpreting without replicating, due in no small part to Marinaro’s riveting vocals paired with creative arrangements, the octet palette reveals transparency and intimacy, coaxing nuanced colors more indicative of a larger orchestra, laying out an inventive complement to Bowie’s lyrics,” according to a statement on its website.

Tesser continues the high praise in his liner notes: “When you can listen to the iconic ‘Space Oddity’ and hear it anew—without a trace of irony—you know this project has met its goal.”