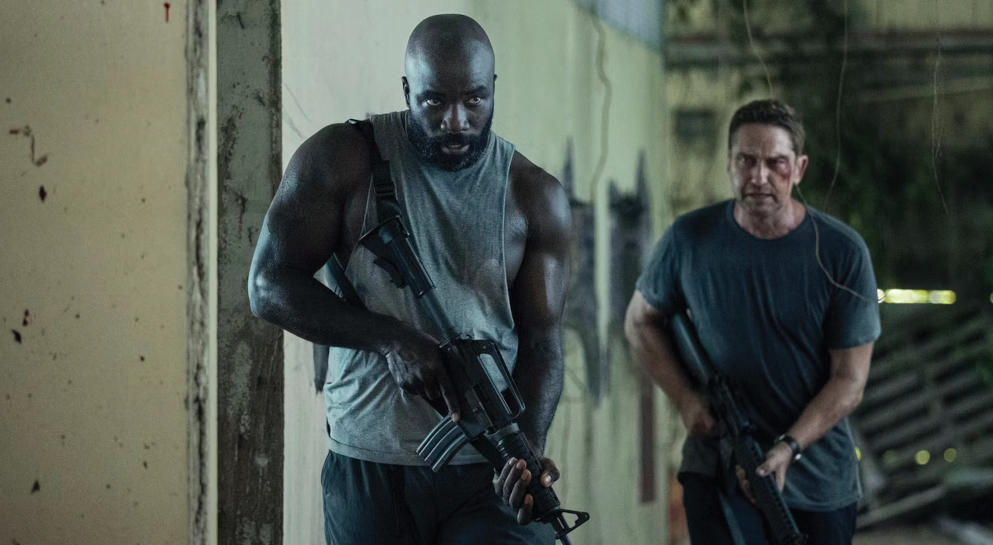 There’s always room for another first-rate action thriller, and Plane breathlessly packs its punches in spades. Starring underrated, two-fisted hunk Gerard Butler and tightly directed by Jean-Francois Richet, it’s a satisfying white-knuckle rush of suspenseful excitement that is several notches above its competitors in the same genre.

Butler plays Brodie Torrance, a Scotland-born commercial pilot who takes off on a New Year’s Eve flight from Singapore to Tokyo carrying 14 passengers, including one last-minute arrival in handcuffs—an accused felon named Louis Gaspare (Mike Colter) who is being extradited by the FBI to stand trial for murder on the mainland. 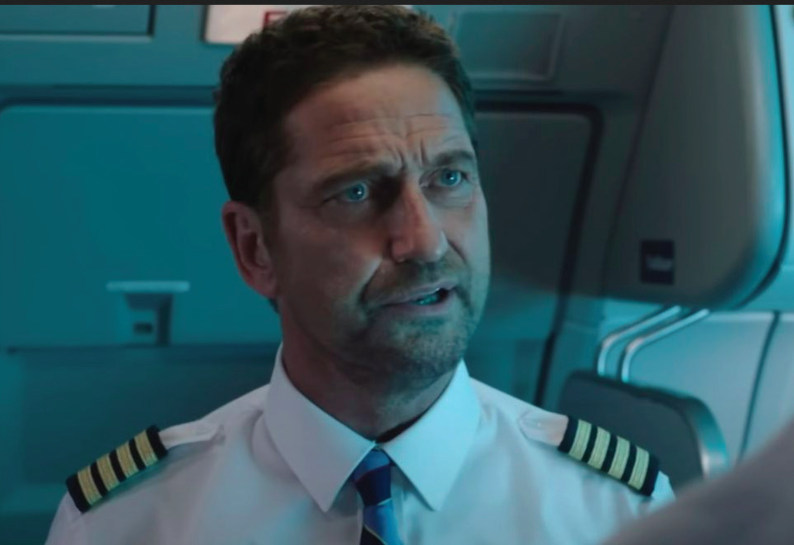 Flight 119 is only supposed to take 6 and 1/2 hours, but it barely reaches cruising altitude when the plane is hit by lightning in a brutal storm that plunges it into total darkness. An electrical malfunction forces Brodie to make an emergency crash landing over the China Sea—disappearing on the radar and hitting a narrow strip of road in the middle of a jungle-infested Filipino island, killing one flight attendant and the prisoner’s security guard. Controls are smashed, fuel is low, the radio is dead and all contact with the civilized world is suspended, but the survivors are still relieved to land safely—until optimism turns into terror with the realization that the island is occupied by the kind of homicidal political terrorists that only exist in the movies.

Brodie has no choice but to enlist the services of Gaspare, the only other person on the plane with the skills to fight the rebels and save the other passengers, who are taken hostage by the thugs and held for ransom. With the handcuffs removed, Gaspare proves to be a whiz with knives, machine guns, and sledgehammers. (He spent time in the French Foreign Legion.)

From here, the film lurches and careens from one violent non-stop action sequence to the next, with enough killings, ambushes, fistfights, fires, and explosions to keep fans of Con Air sated. The tight screenplay, by Charles Cumming and J. P. Davis, juxtaposes savage jungle action with the frantic and ever-changing strategy back at airline headquarters supervised by the crisis manager on whom so many lives depend (played by the handsome, always reliable veteran, Tony Goldwyn). Not always the best father in the past but anxious to make up for lost time by trying to get home in time to start the New Year with his daughter, Gerard Butler gets a rare chance to show his humane side, proving he needs to branch out more and act in more sensitive roles beyond the limitations of thriller flicks.

Most of the characters are one-dimensional cyphers, but the actors are first-rate—especially Yoson An, as the mild-mannered but keenly reliable and steadily nonplussed Hong Kong-based co-pilot, and Mike Coltor as the juggernaut with the criminal past who turns out to have a heart.

Nothing new here, to anyone who has seen Nicolas Cage in Con Air, Stephen Segal in Under Siege, or Liam Neeson in just about anything, but Plane is so well made and vastly entertaining you won’t even think about glancing at your watch.