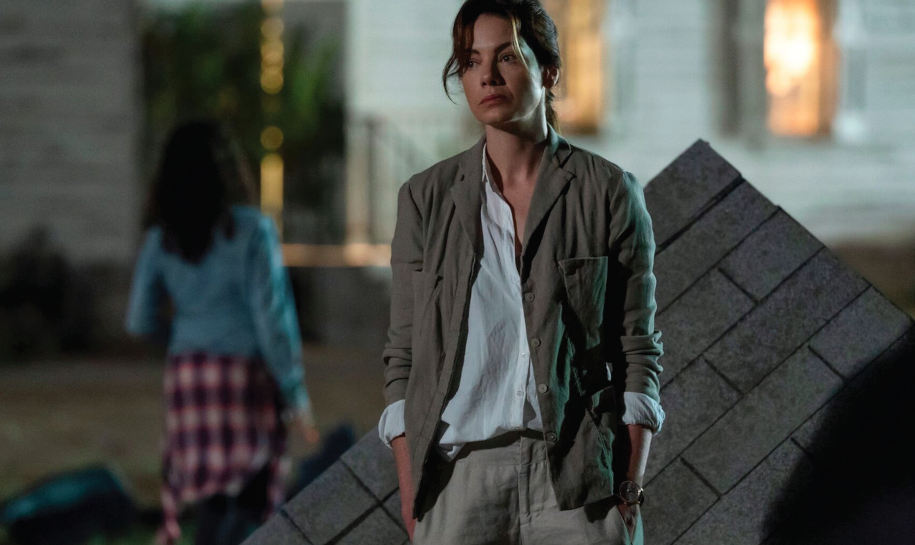 With the demise of real movies on big screens that appeal to real audiences, we’re in the middle of an alarming trend to make movies on the cheap, featuring good actors desperate to keep their careers going, exploring repulsive themes that try to be “different” but only end up being deplorable.

Most of them aren’t even released in commercial cinemas but find themselves littering various “streaming” services instead. The result is a surfeit of junk movies on late-night cable too numerous to mention, but if you saw Bones and All, Babylon, or Crimes of the Future (to name just a few recent debacles) then you know what I mean. 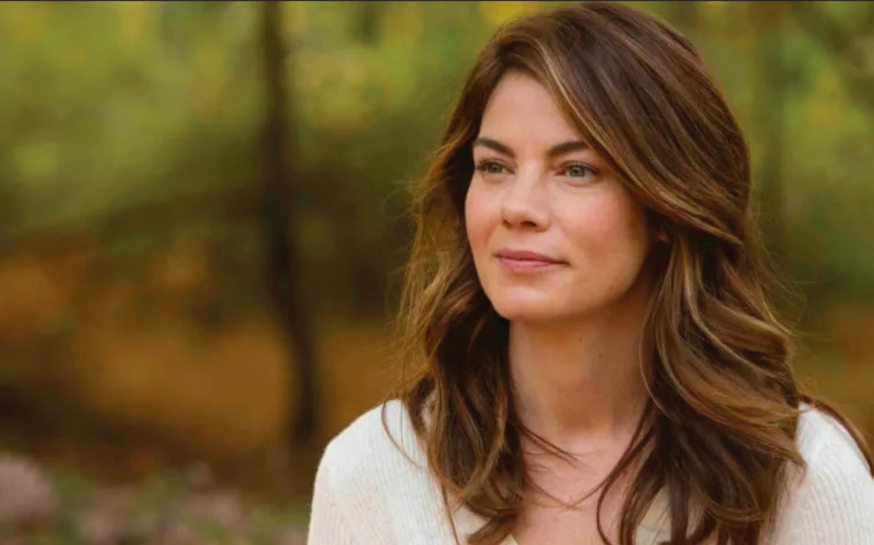 The latest creep show is a bomb called Blood. The title says it all because there is enough of that to fill a transfusion bank. Following an unpleasant divorce, a nurse and former drug addict named Jess (Michelle Monaghan) moves her two kids, teenage daughter Tyler, and juvenile son Owen to a remote farmhouse in the country.

Owen’s dog Pippin, sensing something in the woods, runs away. Despite posters and newspaper ads, he stays away so long they give up hope that he will ever return. But when he reappears, his eyes glow in the dark, he growls at the children, foams at the mouth, and savagely attacks Owen. The dog tests negative for rabies, but they put him down anyway, burying him in the back yard. In the hospital, instead of hydrophobia the little boy develops a rare bacterial infection that turns out to be much worse, resulting in epileptic seizures and a wild craving for blood. First, he drinks the plasma in his IV drip, then stronger stuff from human veins.

It’s a good thing Mom is a nurse. She can steal blood from the hospital’s medical-supplies storage room. It’s ghoulish, but it’s the only way she can keep him alive. So, she when the supply depletes, Mom substitutes the plasma for blood from her own veins.

But too much of a good thing can obviously lead to mental fatigue, physical exhaustion, and a bad disposition. Desperate to keep Owen alive, she supplements his diet with nourishment from a dying cancer patient, locking the woman in the canning cellar and … but enough already.

This movie goes downhill so fast it turns inadvertently from horror to comedy, but when they see the box-office grosses, I don’t think director Brad Anderson or screenwriter Will Honley will be the ones who laugh. From one shock (and one snack) to the next, this movie is a disaster waiting to happen.

Daughter Tyler finds the prisoner in the basement, the patient falls on a barbed-wire fence and slashes her throat, and when Owen’s estranged father (Skeet Ulrich) takes him home to live with his wife and newborn baby, the film progresses to a climax that can only be described as horrifying.

None of it makes any sense, and the details are too gruesome to even describe. The idea of an adolescent vampire is grim (and silly) enough, but the juicy scares intended by a boy hovering over a nursery crib with hunger in his eyes eludes me.

He is played by a child named Finlay Wojtak-Hissong. With a moniker like that, I doubt if I’ll be watching him grow old on the screen. Michelle Monaghan, on the other hand, is an actress whose previous film appearances opposite such A-list co-stars as Tom Cruise and Leonard DiCaprio earned her critical praise from critics for “wit, charm, and comedic talent,” none of which are on display in Blood.