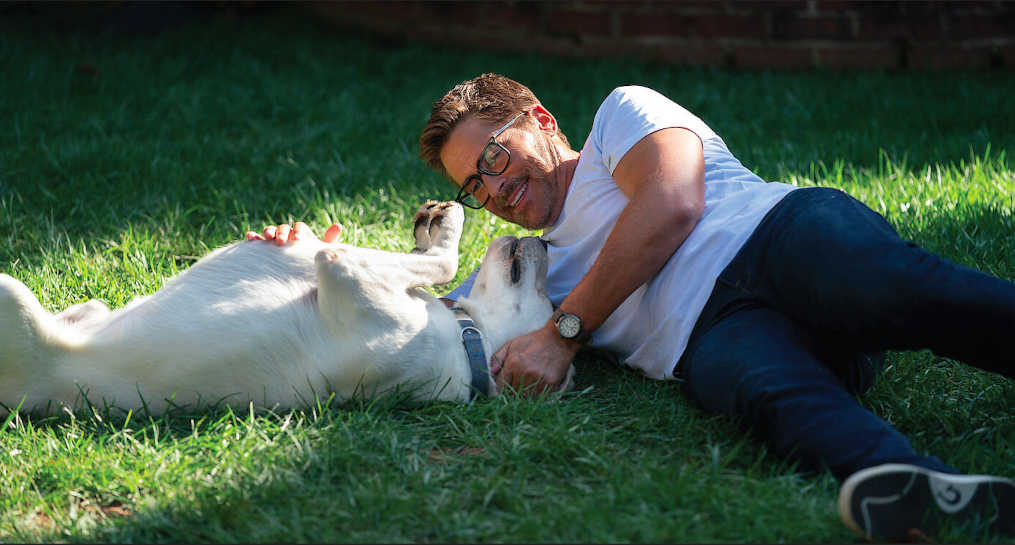 Based on a true story about a beloved adopted pooch that goes missing and the distraught family that turns life upside down trying to find him, Dog Gone is carefully designed to warm the hardest of hearts.

The title refers to two things: (1) the crisis surrounding the missing pet that plunges the distraught family into the search, and (2) the alternative G-rated exclamation “doggone” that is politer than “goddam”, which, at one time or another, everyone in the movie would like to utter.

When Fielding Marshall (nicely played by newcomer Johnny Berchtold) graduates from the University of Virginia, his classmates and colleagues all leave for lucrative jobs and career moves up the ladder of success. But instead of applying himself in preparation for the real world, which would please his worried parents, Fielding visits the pound and adopts a dog, names him Gonker, and moves back to his family home. 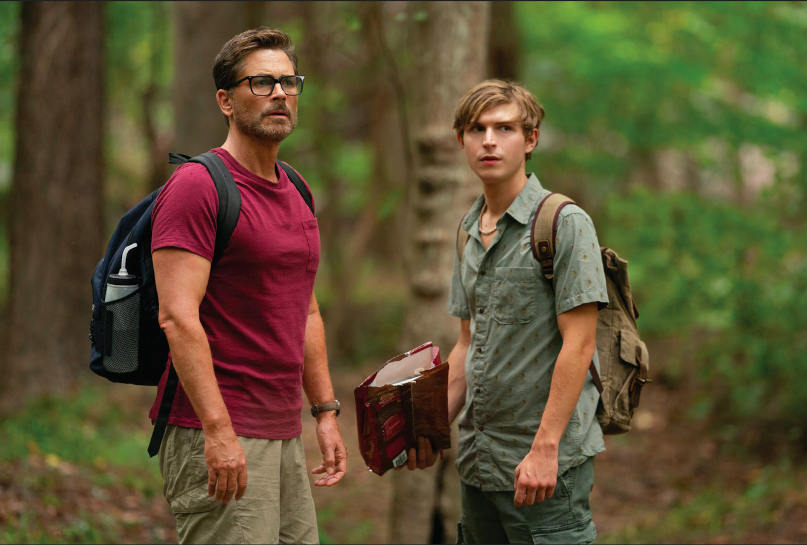 His Mom and Dad are appalled, but in to time they are playing fetch and falling for Gonker through sickness and health. One day on a walk down the 2,200-mile Appalachian Trail, Gonker chases a fox into the woods without his leash and doesn’t come back. Devastated, the whole family shifts into high gear, including Dad (Rob Lowe), who never approved of the dog in the first place, and Mom (Kimberly Williams Paisley), who just wants her son to be happy.

Dad packs up Fielding and hits the road, while Mom stays home, puts her life on hold, and negotiates the paper work that involves posting rewards, printing flyers, appealing to rescue organizations that specialize in finding lost animals, and manning the phones. People join far and wide, on websites and social media, including a motorcycle gang, a waitress, two hostile drunks, and more than 100 concerned strangers who are suddenly looking far and wide for Gonker.

In full disclosure, in the screenplay by Nick Santora and the sensitive, underplayed direction by Stephen Herek, is the passion dog lovers share for dogs that practically amounts to a worldwide religion. The people responsible for Dog Gone (including star Rob Lowe, who is also the executive producer) obviously hope this obsession will extend to movie buffs, too.

Loyal to the book by Pauls Toutonghi, the film teaches the Marshall family to take pride in each other’s character and courage in time for a happy ending. This is interesting, because despite the cynicism that permeates any film about family values, Dog Gone takes great pains to avoid sentimentality. It’s a tearjerker with mature intentions.

I respect that because I’m a sucker for movies about dogs. It’s the only subject left that leaves me unequivocally smiling and reaching for a Kleenex at the same time.

This one has the earmarks of real intelligence. The actors are dedicated and understated.

The yellow lab that plays Gonger is pretty terrific, too. He’s no Benji, but as the old song goes, “If this isn’t love, it’ll have to do—until the real thing comes along.”