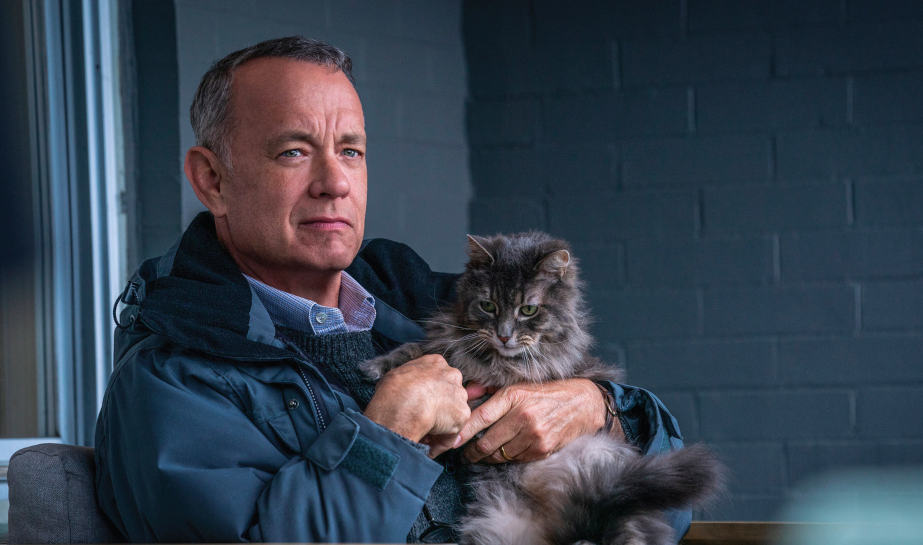 A Man Called Otto is a plodding and predictable take on the 2016 Swedish film A Man Called Ove, dusted off to please viewers desperate for a bit of feel-good optimism in a current cinematic atmosphere of depression, violence, and mean-spiritedness—transported from Scandinavia to Pittsburgh, and tailored to fit the ingratiating personality of Tom Hanks.

It’s not his finest hour on film, but I guess he had to do it (it was produced by Rita Wilson, a.k.a. Mrs. Tom Hanks). The result, written by David Magee and directed by Marc Foster, is a follow-the-dots flick with a few moments of charm that aims to be a feel-good crowd pleaser, but lacks enough freshness and insight to make it anything special.

Otto is a modern-day Grinch who sees the joy in nothing. Deeply depressed by the death of his beloved wife six months earlier, forced into early retirement by the company he works for, and feeling utter worthlessness, he’s lost he will to live.

Criticizing and judging the neighbors in the ugly cul de sac where he lives, he rants at everyone who fails to properly recycle their garbage or neatly parallel park, and he’s infuriated by the stray cat that hangs around his door longing for affection. He thinks everyone is an idiot, he looks forward to no pleasure, and he thinks constantly about new ways to commit suicide. He even insults the clerk in the hardware store who sells him the rope to hang himself.

A running gag that interrupts each new attempt he negotiates to do himself in—carbon monoxide, home-made noose, a leap into the path of an oncoming train, all for the purpose of humor—grows tedious fast while Otto becomes more obnoxious in every scene. As the goodnatured, even-tempered star works against type to make the exasperating Otto likeable, we wait for something to change him back to Tom Hanks. 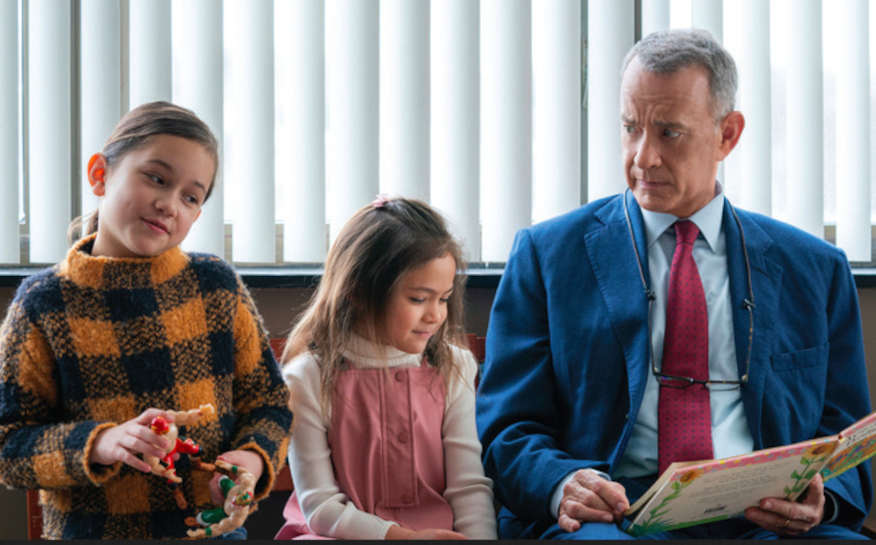 Something finally does when a Mexican couple with two small daughters pulls up a U-Haul and moves in next door. Otto is a cantankerous old grouch who hates everybody, so the sudden devastation of his reverie provides a new source of annoyance. Tom, the husband, drives him mad borrowing ladders, tools, and everything safely and neatly stored in Otto’s garage, but Marisol, the wife, has so much warmth and personality that no measure of rudeness and rejection can drive her away.

The film is at its best when it concentrates on the relationship between Hanks and Mexican actress Mariana Trevino, as a wonderful and spirited Marisol. (Some will say she steals the picture.) Before you can say pico de gallo, Marisol is delivering home-cooked meals, Otto is babysitting the kids, reading children’s stories aloud, and repairing their appliances.

And that’s not all. He befriends a young transgendered boy and teaches him it’s OK to be different. He reaches out to care for an old friend who is comatose. And he engages everyone on his block in a fight against the greedy capitalists from the real estate firm that wants to evict the entire neighborhood for profit. With a multitude of new reasons to find value in himself at last, Otto decides to keep living so he can help everyone who needs him because they’re too clueless to help themselves. In the end, the film (and Otto) are overflowing with love, which is not entirely convincing, and the audience overdoses on molasses.

My biggest problem with this treacle is not the waste of Tom Hanks, who is rarely so flawed and bloated with bad advice that he alienates his fans beyond redemption (although as the fatuous Col. Parker in Elvis he came dangerously close). It’s the fact that serious and challenging subjects (multiculturalism, the housing crisis, sexual discrimination, euthanasia, prejudice against immigrants, for starters) are introduced and dismissed faster than a list of appetizers at Taco Bell.

The movie is so overloaded with saccharine that you need a shot of insulin to get through it.