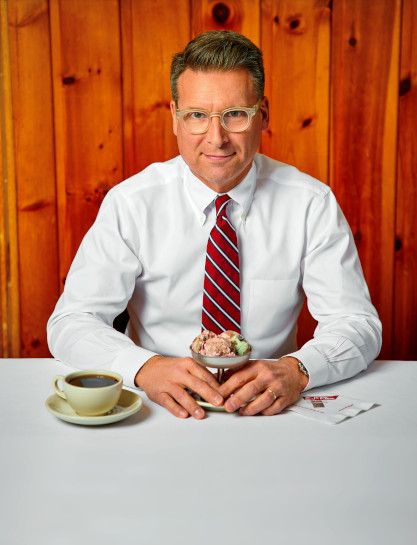 EJ’s Place, the iconic Skokie steakhouse landmark, has grown
increasingly popular with every passing year. One of the primary reasons? The steady guiding hand of owner E.J. Lenzi.

In another life, restaurateur E.J. Lenzi would have been a hell of a travel agent. Lob the word “vacation” at him and the founder of EJ’s Place in Skokie will paint you a landscape portrait of his favorite escape, the island of Capri; a portrait so sumptuous it would make Canaletto drop his paintbrush.

Lenzi says that restaurants like La Fontelina on Capri make him want to be a better restaurateur. “Truly great restaurants make every aspect of a dining experience feel effortless. The food. The atmosphere. The service. You can’t pinpoint just one thing, but you feel completely taken care of—as if a kindness has been shown to you.”

His grandfather, Gene Michelotti, opened the legendary Gene & Georgetti’s in 1941. “I just loved him so much,” says Lenzi, who was whisked around Italy by his granddad as a young boy, so he could experience firsthand the exceptional service offered in landmarks like the Excelsior Hotel in Rome and the Palazzo Bauer in Venice. 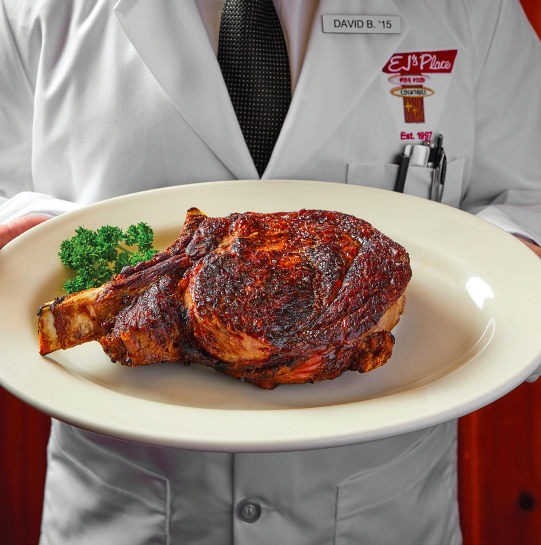 After a successful stint as a racecar driver, it was memories of sharing meals in his grandparents’ knotty-pine basement that inspired Lenzi to open EJ’s Place as a supper club-themed steak joint with a noticeably thick Italian-American accent.

EJ’s Place opened in 1997. In restaurant years, this makes EJ’s the Methuselah of the North Shore. Pick your restaurant apocalypse: 9/11; the 2008 Financial Crisis; COVID Shutdown. Lenzi survived them all, skillfully avoiding the hundred-restaurant pileups that few others survived.

The secret to long-term success? Lenzi has plenty of tips. But the most important one, he says, is something his grandfather taught him: encouraging people to try a place and convincing them to come back are two different skill sets. Most diners, Lenzi argues, return to dining rooms that they can claim—in some way—as their own, and tell their friends, “This is my place.”

Gaining a foothold in the restaurant business, Lenzi concedes is tough. But part of the problem is that too many contemporary operators ascribe to business models built to try and rake in tons of money and then get out quickly. Seems a bit, to Lenzi’s mind, like they’re producing a Broadway play with plates and shiny silverware as props.

Get me a light technician, some operators will shout, who can make my dining room feel like a Disney musical. Get me a set designer who can make the mise en scène of my kitchen worthy of a Tony Award. And the food! If the pork chop or pasta bowl doesn’t have a back story worthy of an Arthur Miller character, some will insist we’re in trouble.

Maybe it really is an Instagram world, and we’re only dining in it. Nevertheless, Lenzi still does things his way. He enjoys the fact that an old payphone by his restrooms is constantly being used as a backdrop for social media posts. And that the tenure of his waiters can often be measured in decades, not months. And that he still allows guests to choose complimentary rolls from a huge bread bowl and a complimentary soup or a salad with most entrées.

Lenzi says he’s often asked by other operators to open up additional restaurants with them. But in the end, he’s said no because he is too much of a perfectionist. He firmly believes that his most daunting challenge is to ensure his regulars who’ve fallen in love with EJ’s Place stay in love with it. That is why he’s kept the same bar chairs and the same paintings for a quarter-century.

“No one preserves anything anymore,” he says. “But we have. I love the fact that a kid who came in with his parents 20 years ago and ordered milk is now ordering a cocktail, sometimes from the same waiter who brought him that glass of milk.”

So Lenzi labors on. He still walks the floor, answers the phones, and chats with everyone. When he needs a break, he’ll fly to Capri to compare what he’s achieved to what they’re doing at La Fontelina. For in doing so, he can continue to appreciate the beauty of things burnished by the passage of time, rather than the things that sway, in and out of the sunlight, on the whims of the current tide. 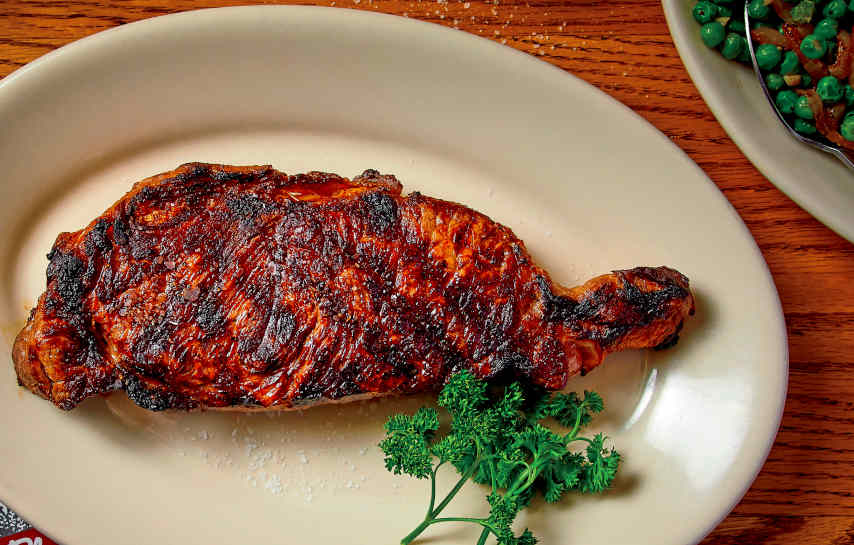 Why do EJ’s steaks (try the 20-ounce New York Strip) taste so much richer than so many other steakhouse offerings? The kitchen, which orders from three handpicked purveyors, butchers its meats in-house and uses a gas-ceramic broiler that Lenzi is convinced yields a better exterior crust than infrared-seared broilers. Add a little salt and pepper and the result is a steak that sizzles with ample juices sans any acrid or ashy char.