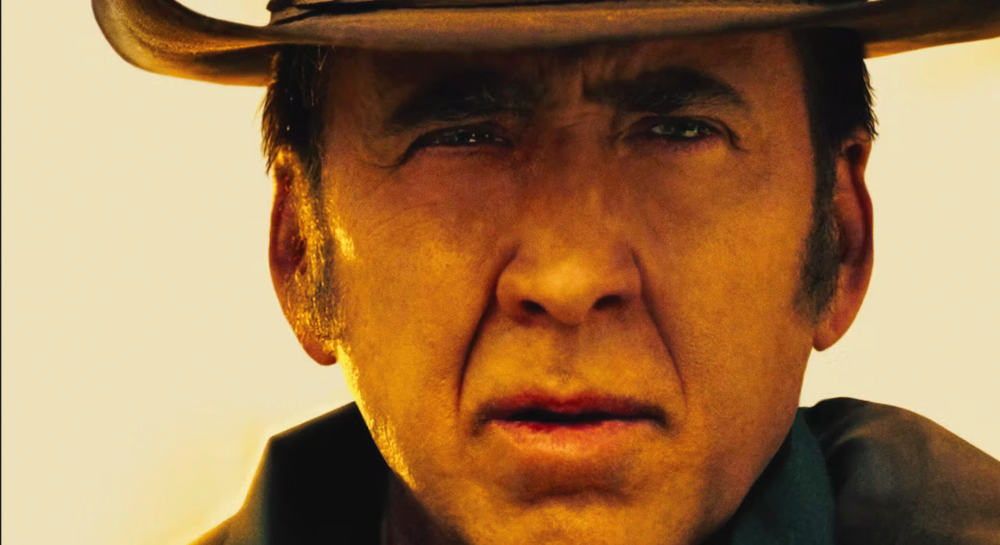 Horror, sci-fi, romance, domestic drama, comedy—Nicolas Cage has tried his hand at everything. The only thing he has never done is a western. Urban, unpredictable, very modern, and sometimes controversial, he doesn’t seem the type. Frankly, he looks odd in a saddle wearing a Stetson. But giving the guy credit for fearless diversity, he’s changing all that in the dog days of January by starring in his first sagebrush saga. It’s called The Old Way, and it’s not bad.

Directed by Brett Donowho and written by Carl W. Lucas, The Old Way tells the familiar tale of a retired gunslinger who successfully reforms, but life forces him back into the violent past he left behind when tragedy strikes the people he loves and revenge takes over.

Carefully, cautiously, and with a surfeit of naturalism, the star does a credible job here. The determination that drives Cage is so perfect for the role he plays in The Old Way that before you can say High Noon they become indivisible. I think the talisman he lives by is to take every job that hobbles his way, play every kind of role, and keep his career afloat by working constantly, without interruption. The results have often been predictably mediocre, but there’s no question about his abilities. He even won an Academy Award for Best Actor in 1995 for his most seriously demanding film, Leaving Las Vegas. 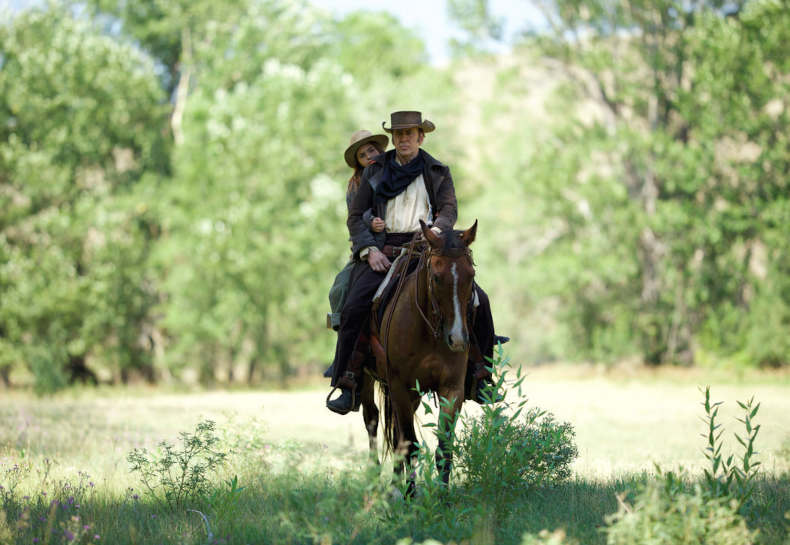 The Old Way doesn’t reach the same heights, but with his polish he provides an old idea (notorious gunslinger, dragged out of retirement, and forced to re-load his old weapons again when his family lands in harm’s way after an old enemy returns) with a fresh “take”. It’s threadbare theme, polished off back in the day by everyone from Gary Cooper to Gregory Peck. Today it’s usually Clint Eastwood, but he can’t play ’em all.

Such an hombre, now dusted off anew by Cage, is Colton Briggs, once a lethal, sang-froid murderer whose moral compass shows in the number of notches on his Colt .45. In the film’s prologue, Briggs attends the hanging of another infamous renegade who owes him money. Before the sheriff can pull the trigger to send the horse holding the victim in the hangman’s noose out from under the dangling corpse, Briggs beats him to it. One of the witnesses with the frown of hate on his face is the dead man’s young son.

Cut to 25 years later. In the intervening decades, the once violent killer married a good woman named Ruth who turned him into a loving, responsible husband, father, and owner of the town’s general store. While he’s walking his daughter Brooke home from school, four escaped prisoners arrive at his log cabin, rape and massacre Ruth, and leave Briggs devastated. “As long as that little girl is alive, there’s no room for vengeance in your life, “says the U. S. marshal.

But overcome with grief and rage, Briggs has other ideas. The leader of the pack of marauders is the little boy whose father was killed by Briggs in the prologue, now all grown up and a bit of a homicidal maniac in cowboy boots himself. The rest of the movie is carnage unleashed. The big surprise is that Briggs’ 12-year-old daughter becomes his accomplice.

The revenge narrative may be worn rope-thin by archives of forgotten shoot-’em-ups, but Mr. Cage and director Donowho pull enough sub-themes out of old Bud Boetticher movies to inject the kind of suspense and true grit that still works. The star is convincing as the calloused thug who hung up his holster for the love of a good woman only to revert to the old ways of prairie justice to right a wrong and move ahead. Noah Le Gros is also very watchable as the child who grew up mean as a rattlesnake, exhibiting unexpected charm where least expected. But the real surprise is Ryan Kiera Armstrong, who steals the picture as Briggs’ quiet, intelligent daughter Brooke, who inherits her mother’s values and her father’s merciless pursuit of justice.

For a 12-year-old girl with a father she doesn’t entirely trust, she has enough grit and determination for both. He teaches her how to load a gun, fire, and hit every target with a bull’s eye. The moonlight conversations between father and daughter display the sort of touching character revelations most westerns ignore.

The climax in a Mexican town is filled with the well-staged frenzy and turbulence that built Cage’s reputation as an action star in his formative years. The finale, unfortunately, lacks the shocks and surprises the audience keeps rightfully hoping for, and in the final analysis, Cage, mercurial little Miss Armstrong and director Donowho do such an incisive job of keeping the film alive and interesting for such a long time.

When it comes to rewriting the rules of Hollywood westerns, they don’t exactly break new ground, but they do prove the old ways still work best.