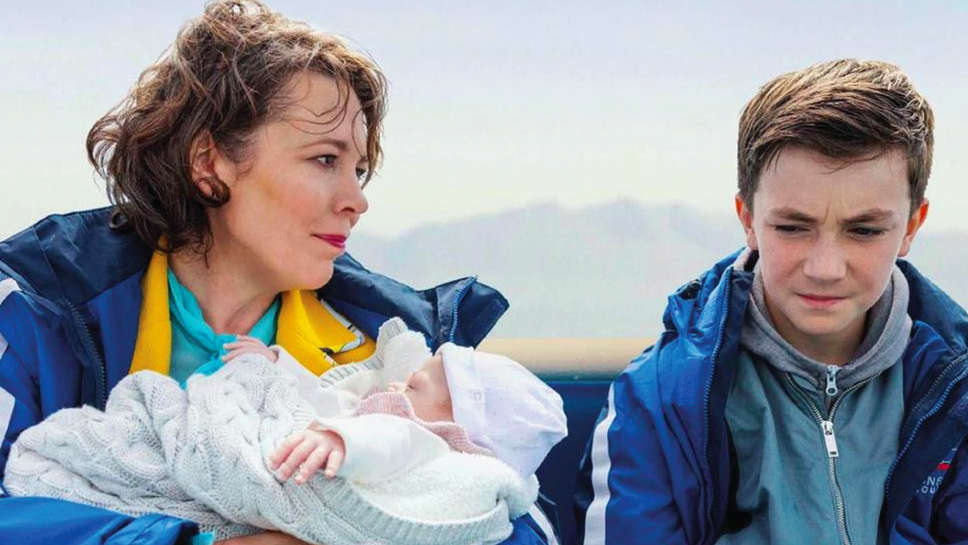 Olivia Colman is one of the busiest (and best) British actors currently making a big splash on the screen. Unfortunately, some of the films she’s busy making are not always worth it.

A few weeks ago, I wrote about the elegantly filmed but disappointingly hollow Empire of Light, in which she played a lonely, sexually repressed concession-stand worker in a fading cinema. It went nowhere. Now comes Joyride, a numbing experience from Ireland that not only goes nowhere but can’t even find the ignition.

A combination of broad comedy and forced social comment in the form of a contrived road movie, this is a career choice dangerously close to disastrous.

Since it is hardly worth much elaboration, here’s a quick summary of the non-existent plot: A 12-year-old boy named Mully, played by newcomer Charlie Reid, severely depressed over the death of his mother, attends a memorial for her to raise money for a hospice care facility. Mourning turns to outrage when he sees his father James (Lochlann O’Mearain), a thief in debt to local mobsters, steal the money raised in his mom’s name, so he in turn steals the cash from his abusive, no-good Dad and plans his escape in a stolen cab. 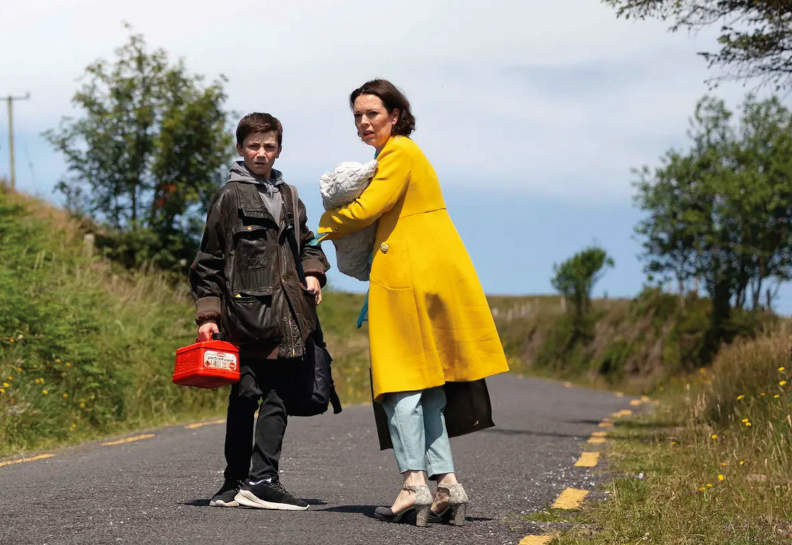 On the highway, he discovers a baby in the back seat with its sleeping mother Joy (Olivia Colman), a neurotic woman who doesn’t want to be a mother. On their way to the airport with Mully’s father in hot pursuit in time for Joy to fly somewhere to give her unwanted newborn away for adoption, the shaky, unfocused script by Ailbhe Keogan engages the unlikely duo in a quagmire of incoherent dialogue spoken in incomprehensible Gaelic that requires an interpreter. Both characters are offered a chance at redemption, but the viewer winds up with a bowl of gruel as indigestible as haggis.

Under the awkward direction of Emir Reynolds, the gimmicky narrative introduces a parade of characters too boring to mention, inserted for the sole purpose of dragging out the plot while the mismatched pair in the stolen cab learn to bond. He’s so smart he can drive, hike to buy gas when their vehicle runs empty, and talk his way out of situations beyond his age and comprehension. She’s so dumb he even has to teach her how to feed the baby.

If you buy any of this implausible gibberish, maybe you won’t mind a film that evolves so slowly it makes the pace of a caterpillar seem like that of a jet-propelled gazelle. Olivia Colman works tirelessly to make something out of nothing, but Joyride is a serious waste of her time–and everyone else’s.

When the clunky road trip mercifully ends, both characters supposedly discover how much they have in common. he audience has something in common too. They all rush to the exit doors at the same time.