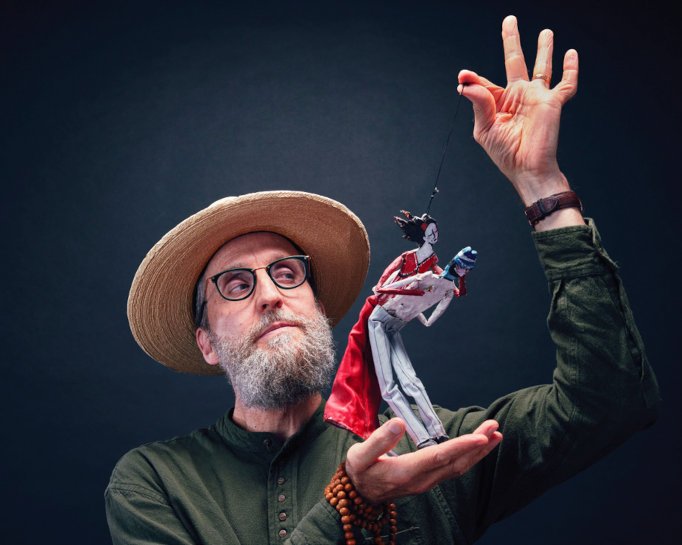 Puppeteers from 10 different countries will be bringing their talents to Chicago from January 18 through 29 for the Chicago International Puppet Theater Festival, the largest festival of its kind in North America.

The festival was founded to establish Chicago as a center for the advancement of the art of puppetry and returns as an annual event showcasing an entertaining and eclectic array of puppet styles at venues large and small throughout the city.

“We have geographic and stylistic diversity and performances for young children and adults. It run the gamut,” says Blair Thomas, Artistic Director for the festival. “It’s a sprawling giant of a festival anchored at the Studebaker Theater but spreads out to the Museum of Contemporary Art, the Logan Theatre, and the Chopin Theatre.”

The newly renovated Studebaker Theater in the Fine Arts Building on South Michigan Avenue will be the site for two puppetry shows for audiences as large as 600. The festival opens with the French-Norwegian production of “Moby Dick” and closes with “Frankenstein,” staged by Chicago’s Manual Cinema. 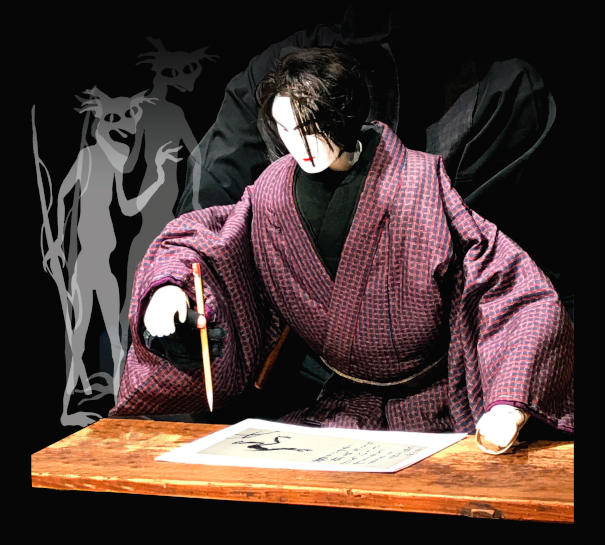 Returning in 2023 is the free Neighborhood Tour, a series of puppetry workshops for working artists, and the Ellen Van Volkenberg Puppetry Symposium with free admission at the Studebaker Theater on both festival Saturdays.

Also back for artists across all disciplines looking for a deep dive into diverse puppetry styles are two sessions of the Catapult Artist Intensive, offering eight shows per weekend with behind-the-scenes access to the artists. “’Moby Dick’ and ‘Frankenstein’ are visual feasts, and we also have ‘Invisible Lands’ from Finland about forced migration, during which two puppeteers use their own bodies in a live production,” Thomas says. “There’s also a piece from Brazil based on a well-known carnival folk hero that will be at the MCA.” 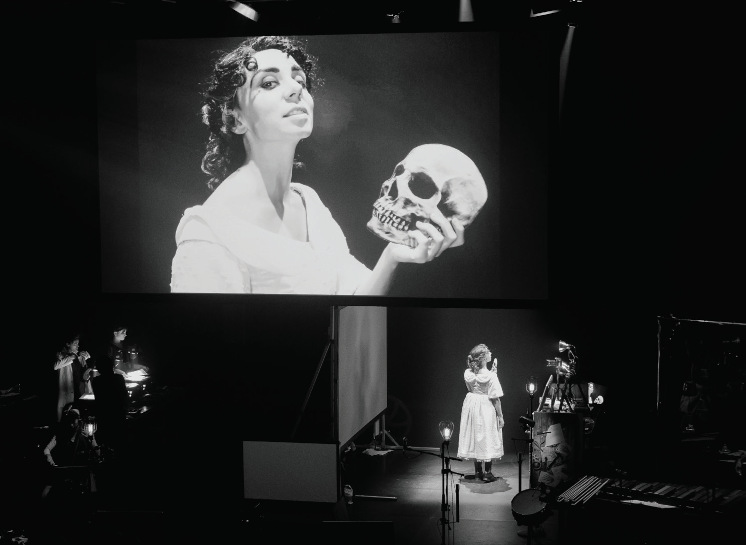 Thomas grew up in a small town in Alabama and got into puppetry at young age. He moved to Chicago to work in the theater industry—including a stint running Redmoon Theatre—but eventually rediscovered his youthful passion.

“Puppets are unique for showing fantastical worlds and imaginative things that can’t happen in real life,” Thomas says. “Puppets can come in all sizes and can say things that humans can’t.” 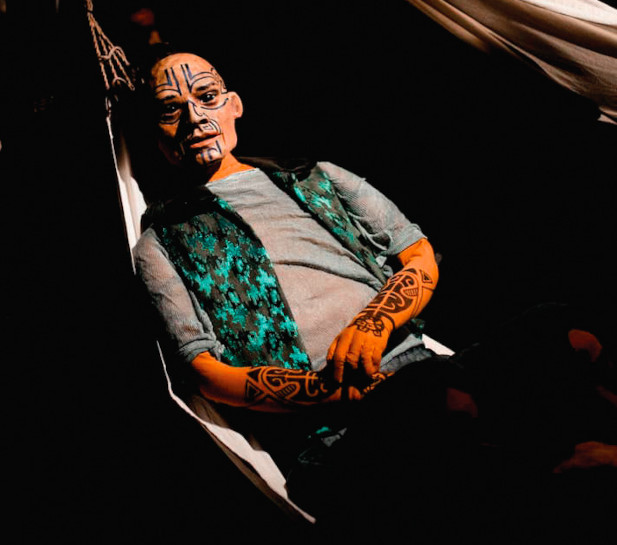 Sandy Smith Gerding, Chicago International Puppet Theater Festival’s Executive Director, grew up in Winnetka and graduated from New Trier High School. She studied dance and French culture at the University of Illinois and after a career in arts management, coaching, and helping develop arts organizations, she was drawn to the magic that puppetry offers.

“This is a great group of people, and there’s a newness and excitement to it, an energy around the people and a lot of sense of discovery,” Gerding says. “Puppetry is very poetic and physical.” 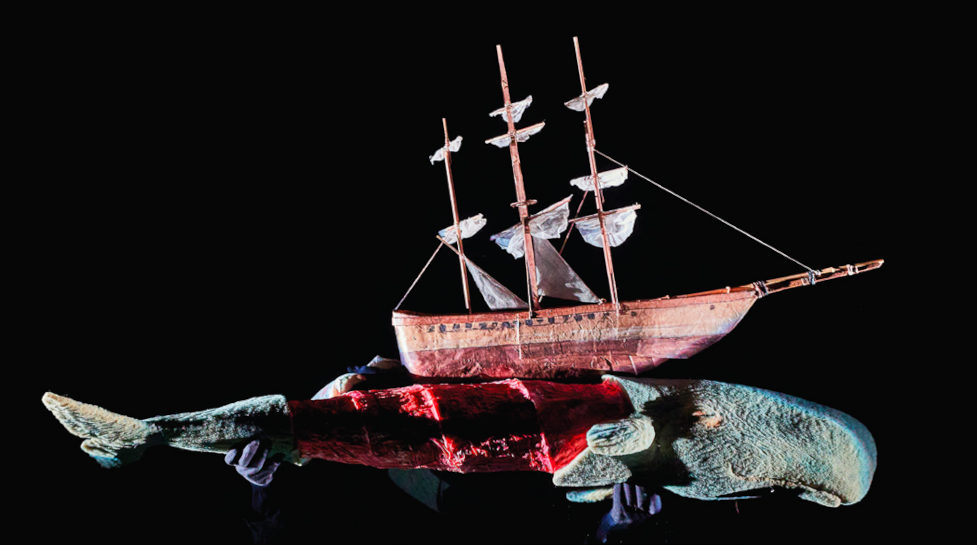 Gerding says the World Puppet Festival which is held every two years in Charleville- Mèzières in Northern France, serves as an inspiration for how she and the festival team want to grow the event in Chicago.

“Chicago is the largest puppetry festival in North America and doing international programming is not for the weak of heart,” she says. “You’ve got to grind through the visa machine and there’s lodging, translation, and transportation to arrange.”

This year’s program was assembled with the help of a new curatorial committee that sought a balance between show size, available venues, variety of audiences, and new business partnerships. 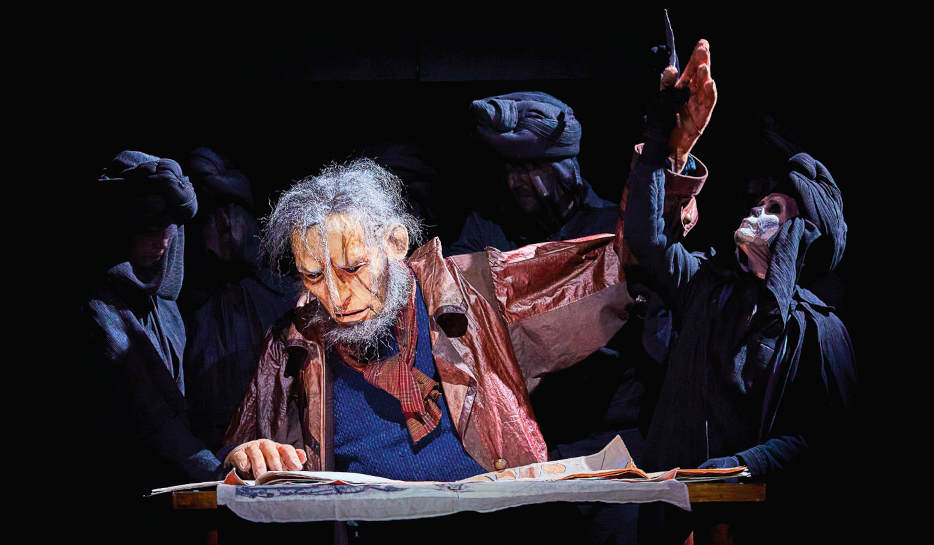 “We have to make business choices but also be inclusive, including different voices and women directors to ensure there’s range of work and cultures being presented,” she says. “We want as broad a group as possible.”

Yngvild Aspeli is artistic director of Plexus Polaire, the French-Norwegian company performing the opening show of “Moby Dick.” She develops a visual world that brings buried feelings to life and uses life-sized puppets, music, and light and video as equal elements in communicating a story.

“Puppetry is a form that constantly is reinventing itself,” she says. “It goes beyond genre, and fearlessly crosses the borders of other artistic expressions. Puppetry is not only a form, but also a way of seeing the world, a language, a state of mind.”

The Chicago International Puppet Theater Festival takes place from January 18 to January 29 at locations around Chicago. To access a full lineup of performances and events and to purchase tickets, visit chicagopuppetfest.org.