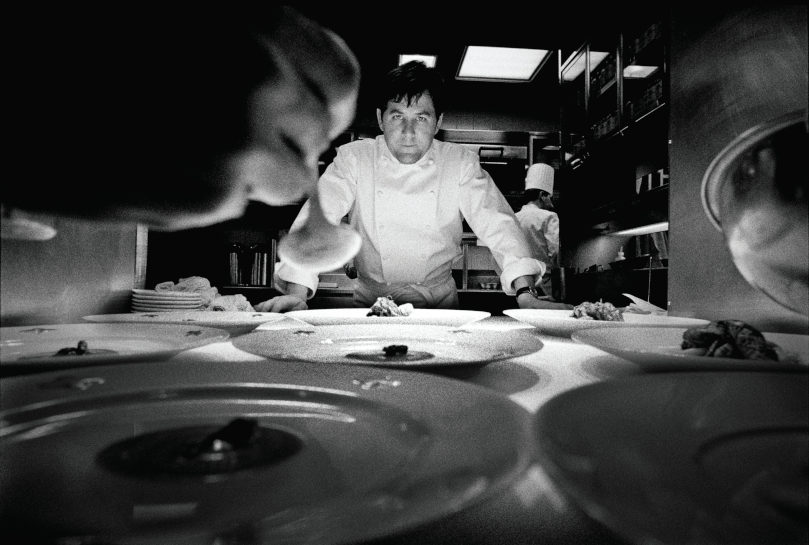 It’s something of a coincidence that both Rebecca Halpern and Charlie Trotter grew up on the North Shore—Halpern in Winnetka, and Trotter in Wilmette. While decades apart in age (Halpern is younger), both attended New Trier High School and excelled in sports. The late Trotter was a gymnast, and Halpern a golfer who went on to play at Northwestern University. Their paths would merge somewhat serendipitously, and posthumously for Trotter, when Halpern was asked to write and direct the recently released documentary, Love, Charlie, by producer Renèe Frigo of Oak Street Productions. Frigo founded an olive oil company Lucini Italia, which Trotter discovered and later came to champion on programs like the Oprah Winfrey Show.

“Charlie broke her business wide open and helped her realize her success, and when he passed away, she felt compelled to make the film as an homage to him,” Halpern says. “She did a short film first that premiered in 2017 and then Ray Harris, who was Charlie Trotter’s best customer, decided to back her in doing the feature.”

Halpern cut her teeth in the movie and television world producing true crime series such as Helter Skelter: American Myth, about Charles Manson, which aired on Amazon Prime. She jumped at the opportunity to capture the fascinating life of Charlie Trotter on film.

“When I went in for my meeting on the project, I just walked in feeling like I was born to tell Charlie’s story,” she says. “It was a true gift doing this film and there are few characters in the world who provide as rich a tapestry and narrative as Charlie Trotter did. It’s a high bar to meet, finding real life characters like Charlie Trotter who have such complexity and such depth.”

The film tells the story of Trotter’s early days, how he became interested in cooking and food, and his launch, with the help of his father, of his eponymous restaurant in Chicago’s Lincoln Park neighborhood. It was the restaurant that placed Chicago on the world’s culinary map. The documentary also shows in vivid footage Trotter’s attention to detail and the immense pressure he put on those who worked in his kitchen. Halpern had to assemble the right voices to tell Trotter’s story.

“It’s about who you can get to participate and there are different kinds of participation in the documentary,” Halpern says. “There’s behind the scenes support of the film, where somebody might give you archival materials, which we had a lot of. Then there is getting people to actually go on camera and share their reminiscences and feelings and true stories about a person.” 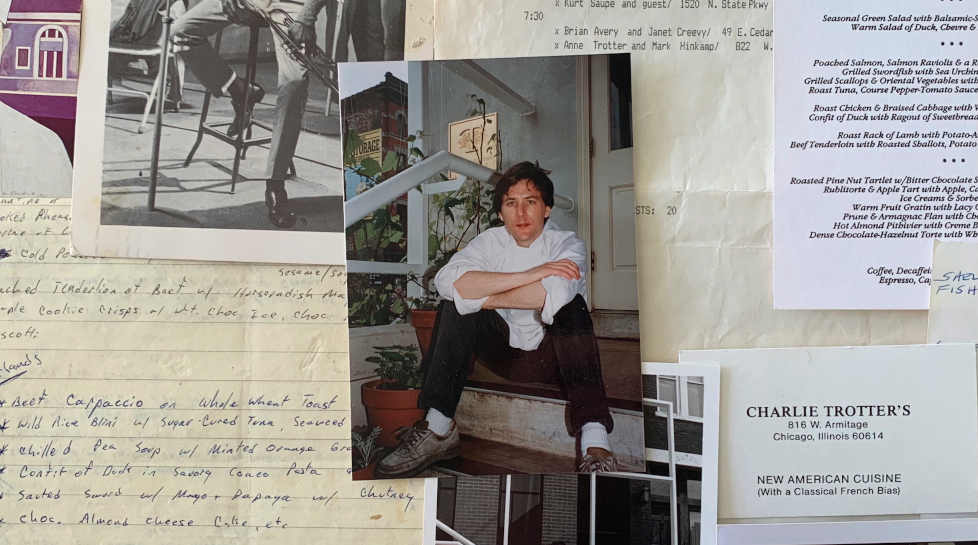 When she came on board for the project Trotter’s family wasn’t yet 100 percent committed, but after a few conversations about the kind of story she wanted to tell they agreed to participate because she was determined to present as much of a 360-degree view of Trotter as possible. One of the anchors of the film is postcards Trotter sent to Lisa Ehrlich, his first wife, that show a softer side.

“I would say the film wouldn’t be what it is but for Lisa, who was Charlie’s first wife. Those postcards gave us a glimpse into who he was before he opened the restaurant, which we argue in the film is his authentic self but became corrupted over the 25 years that he ran the restaurant,” Halpern says. “You play the same role for that long and the stage goes away. When the restaurant closed, like Grant said, Charlie closed.”

Halpern refers to Grant Achatz, who worked in Trotter’s kitchen for a time and is now chef and owner of the much-lauded Chicago restaurant Alinea. Halpern says having Achatz’s perspective on camera was critical to the story.

“Grant was a huge get for us. He was extremely collaborative and cooperative, and very open,” Halpern says. “I was surprised at how unedited his story was about his journey with Charlie. No one has ever really explored the full timeline of their relationship, and I really think to hear Grant say he finds himself acting like Charlie all the time was probably the most powerful button in the film that we could have.”

Many Chicagoans remember the end of Charlie Trotter’s restaurant rather than the beginning, mostly through the newspapers. The film captures the rise of new, younger chefs like Achatz as they surpassed Trotter’s notoriety and put their own stamp on Chicago’s culinary scene. While Halpern includes some of the painful details, she didn’t feel the need to dwell on the tail end of Trotter’s career in the film.

“If all you do is show someone at their worst moments in their life and that’s all people have to remember someone by is that really a full picture?” she asks. “I don’t think so, and that’s part of the reason why I didn’t feel like I needed to dig into those moments. Those were sort of emblematic of a bigger issue at the time, and all you needed to do was look at his face to see that he was struggling with demons.”

Love, Charlie has been well received by critics and was acquired back in April by Greenwich Entertainment for North American distribution. A Canadian distributor will launch the film in Canada at the end of January, and it’s available now for rent or purchase on Apple and Amazon.

“It’s been exciting to see how much meaning the film holds not just for people in the culinary world, but for anyone whose identity is tied up in their work, which is the thesis of the movie,” Halpern says. “We’re number two on Apple documentaries behind David Bowie and if there was one person that I think Charlie Trotter wouldn’t mind being topped by, it would be David Bowie.”