While doing research for her company, Hylite, a platform that allows customers to send positive feedback to company leaders and employees when they’ve received exceptional service, Marissa Fetter Hochster walked the streets of Manhattan talking with as many managers that were willing to sit down with her.

Hochster, who was born and raised in Highland Park and is relocating back to the North Shore, says the feedback from company leaders about employee satisfaction with their work was dim.

“We found that most customer-facing businesses are really struggling with low employee morale and high turnover,” Hochster says. “That’s been a huge problem for years, and it’s incredibly costly and destructive to their business. It costs $6,000 every time they lose a frontline employee and in some industries like food, turnovers are 100 percent annually.”

It was Darryl, a customer-friendly barista at Hochster’s favorite Starbucks in Manhattan, who motivated Hochster to found Hylite.

“He made my day every morning, he was the bright spot for me, and he knew that I appreciated him,” Hochster says. “But I realized his manager had no idea that he alone was the reason I walked several blocks out of my way each day to his Starbucks instead of just going to the one in my office.” 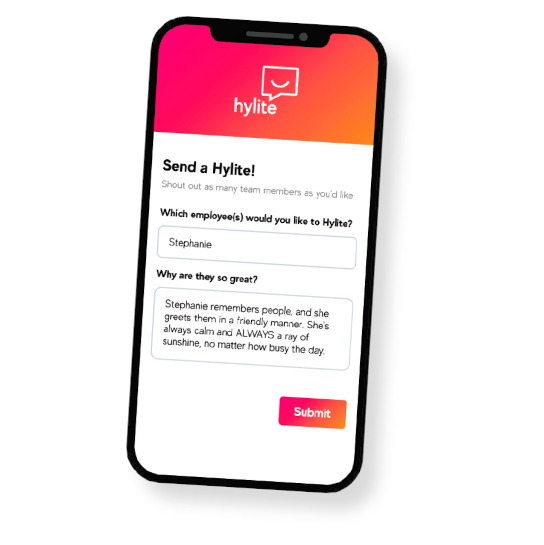 Hochster worked in people development and employee success for over 10 years at investment banks, most recently Goldman Sachs, and she had seen the power of positive feedback in terms of motivating employees and helping them thrive at work.

“I found that an encouraging email from the manager just saying, ‘Hey, I hear you’re doing great, keep it up,’ would keep someone motivated for months,” she says “I realized that in the corporate world there are lots of different avenues for positive feedback but nothing like that exists for frontline workers. So, I was determined to change that and that’s how Hylite was born. 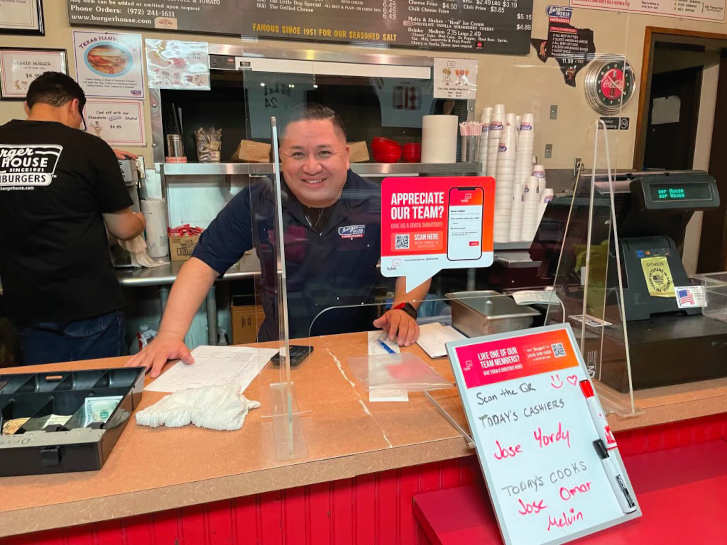 Hochster says pay and perks generally aren’t enough and that most employees leave because of company culture. A study done at MIT found that culture is 10 times more important than pay in predicting turnover. The trouble is, she says, even if you want to create a positive culture, there’s no blueprint for doing so.

“That’s where we come in. Hylite is a first of this kind of positive-only feedback platform that makes it really easy for customers to recognize frontline employees,” she says. “We’re helping organizations boost employee morale and create a positive culture.”

Hylite uses a B-to-B model, in which a business puts up a Hylite sign encouraging customers to scan a QR Code. A page pops up on the phone with three quick prompts: Name of employee the customer wants to “Hylite”; why the employee is great; and the customer can leave their name but it’s not required.

“On average, it takes less than 20 seconds and that’s it. They submit and then the employee receives that feedback in real time and the rest of the team can see it, too,” Hochster says. “It gives the employee a boost, gives leadership an opportunity to celebrate their teams, and it makes the customer feel even more connected to that business.” 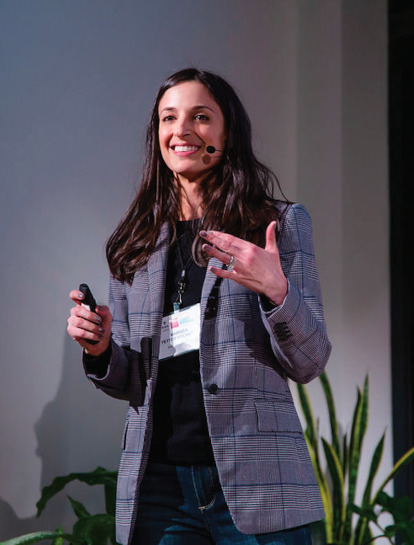 “We did an analysis of all our businesses and on average they’re receiving 42 times more Hylite than Yelp reviews in a given period of time,” she says. “Anecdotally, their employees are staying longer because they feel more appreciated and happier at work.”

Hochster’s business clients are integrating their use of the Hylite platform into such human resource functions as performance reviews and into their hiring and training practices.

“I think we’re already giving HR valuable data that they’ve never had before about their people and it’s helping them identify top performers,” says Hochster. “Some larger enterprises are even interested in using this to create an ideal employee profile for certain roles, to look for those commonalities, or traits of the top Hylite-d employees.”

Hylite currently works with about 50 businesses, from large companies such as Dunkin’ Donuts and Burger King, to regional chains and local business. On the North Shore, it’s working with an ophthalmology practice affiliated with Northwestern University.

“It’s been interesting to find that there’s demand across so many different industries because most customer-facing businesses are really struggling with keeping their people happy and showing them, they’re appreciated,” Hochster says.

After spending a decade in New York City, attending business school in Boston, and living for a few years in Texas during the pandemic, Hochster felt the tug to come back to the North Shore—especially with two young children and a growing business.

“Being an entrepreneur is hard and being a working mom entrepreneur with young kids is even harder,” she says. “I realized it takes a really strong support system to make it all work and a supporting partner, family, and friends. You need all of it.”

Hochster says she feels lucky that she has a strong support system on the North Shore, both personally and professionally, and that our community is a place where people genuinely want to see you succeed.

“We’re looking to bring Hylite to employees everywhere,” she says. “I really want Hylite to become a household name and for people to see our logo and our signs and know what we do and have it be synonymous with all things positive for frontline workers who really haven’t been recognized before.”

To learn more about how businesses can partner with Hylite, visit hylitepeople.com.