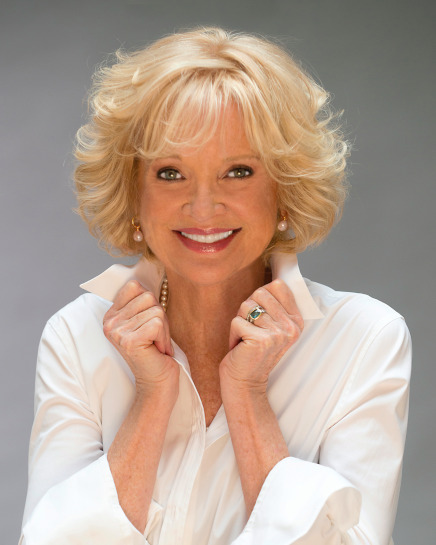 Christine Ebersole, two-time Tony Award-winning actor, singer, and Winnetka native, has returned with a new album—the personal and moving “After The Ball” (Club 44). The basis of the 10-track album, featuring songs that span more than 80 years, is her acclaimed cabaret act of the same name.

A familiar face from theater, television, and movies, Ebersole is a true multi-hyphenate. She was gracious enough to make time to answer a few questions about the new album before the Thanksgiving holiday.

Beginning with the 1891 Charles K. Harris song “After The Ball” and continuing through the early 1970s with Joni Mitchell’s “Little Green” (1971) and Lieber & Stoller’s “Ready to Begin Again” (1975), the songs on your new album cover a period of more than 80 years. Was that your intention as you were putting the music together or did it just happen organically?

I just picked the songs for the narrative, for the story I wanted to tell. “After The Ball” is about what happens the music stops and the lights go down. The confetti is on the floor and the champagne is empty. What happens next?

Four of the eight selections are medleys. As the performer, how do you know when two or even three songs belong together?

Again, it’s kind of what tells the story. With (the medley of ) “Little Green” and “Wait Till You See Her” and “Inchworm,” it all came out of the story I was telling (in my cabaret act) at The Carlisle (in New York) in 2016. It coincided with my being in Chicago during (the pre-Broadway run of ) “War Paint.”

At The Goodman Theater.

Yes, with (music director) Larry Yurman (co-producer of the “After The Ball” album). It was a complete collaboration. What happened was, I wanted to tell the story because all my children are adopted, and Joni Mitchell’s story of “Little Green” is about her personal experience of giving up her child for adoption. Her only child, when she was quite young.

Yes, her daughter who she actually reunited with 35 years later. “Wait Till You See Her” was what Larry brought to the table. It was a juxtaposition of the mother losing the child and then the adoptive mother getting the treasure. Within her loss was my treasure.

Following her health scare from a few years ago, Joni Mitchell is experiencing a massive career resurgence and has begun performing again. Have you ever met Joni?

I did! I met her at a hair salon. It was such a thrill for me because she’s been such an idol of mine. She was getting a manicure or something, and I went over to her. I had recorded her (song) “The Circle Game” on my very first album. I told her. I said, “I’m such a big fan!” I was just gooping over her. She was great! For some reason, she thought that I was really young or something. Like, “What are you, in high school or something?” Maybe it was my enthusiasm. She was very welcoming. She wasn’t put out by me bothering her in a hair salon while she was getting a manicure. 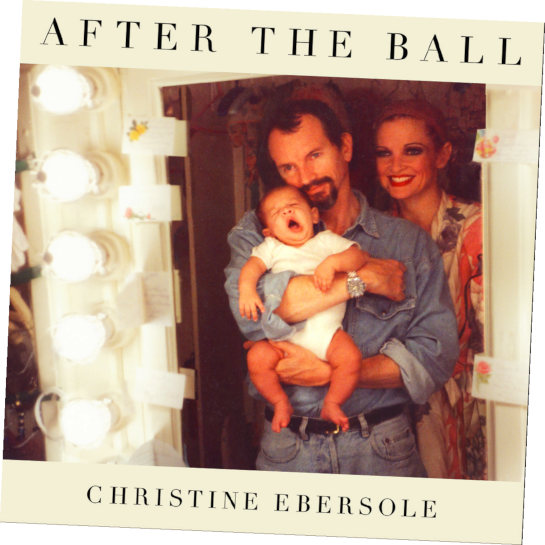 I love that you do a cover of the wonderful Lieber & Stoller tune “Ready to Begin Again,” which was first recorded by Peggy Lee.

It does! Especially since Lieber & Stoller were known for writing ‘60s pop tunes.

And “Ready to Begin Again” is such a poignant and slyly humorous song. Why did you want to record it?

It was telling the story. The inspiration for the whole album and the evening at the Carlyle, which was the genesis of that, was “Who am I? Where am I? Where am I going?” It’s the identity of being a mother with children in the face of being in show business where I’ve missed out on a lot of the growing up, and now they’re gone, I’m nearing my dotage. So, what do I do? What’s my identity? That’s why that song spoke to me. It’s like, well, you just put your teeth in and you put your wig on and you keep going!

The album artwork for “After The Ball” has the feel of a family photo album, which made me wonder if any of the songs were sung to you when you were a child and if you, in return, sang them to your children?

Yes, I did. But to get to tuck them in bed was a really rare thing. Because I was always on stage singing the 11:00 number wondering if they brushed their teeth. That was one of the basic tenets of motherhood I didn’t get very often.

In 2021, you were in Paul Thomas Anderson’s Oscar-nominated movie “Licorice Pizza,” playing L Doolittle, a character loosely based on Lucille Ball. When it comes to your work in comedy, how much influence did Lucy have on you?

She was an icon for me. Her timing was impeccable. Comedy, to me, is music and rhythm. It’s how you emphasize a word. It’s like playing an instrument. It’s fascinating how it’s so connected to music.

Since 2019, you’ve been playing Dottie, the mother of Bob in the CBS sitcom “Bob Hearts Abishola.” What do you enjoy most about that series?

It’s family. The people that are on that show it’s really like a family. We genuinely enjoy one another and laugh all day. It’s an unbelievably blessed experience to have. That doesn’t always happen. There’s not a bad apple in the bunch. It’s a great, supportive, fun-loving, funny family.

As a member of the class of 1971, 2021 was your 50th class reunion from New Trier High School. Were you able to attend the reunion?

No. The reunion was canceled in 2021, and rescheduled for 2022, but I couldn’t go because I was performing in New Orleans. There was a conflict. I’m so sorry I missed it. Hopefully, maybe they’ll have a 55th or 60 and I’ll still be alive! That would be good.

How often are you able to get back to your roots in Winnetka?

I went back there in July for my brother’s memorial (service). I hadn’t been back there since “War Paint” in 2016.